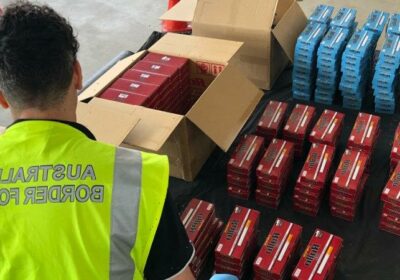 As authorities target illicit tobacco imports, criminal groups are turning their attention to farming their own crops across regional Australia.

Illicit Tobacco Taskforce Australian Border Force Commander Greg Linsdell said that in the past 12 months there had been a significant increase in seizures involving the domestic growth of illicit tobacco as criminal groups look to maintain their supply after COVID-19 impacted imports. 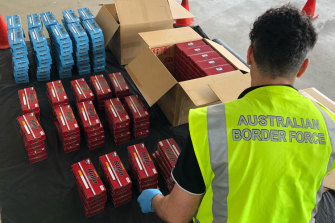 Some of the seized cigarettes in Perth.Credit:ABF

“My message for those communities where illicit tobacco is grown is that these are not struggling farmers who are trying to make few dollars, these are people coming in and exploiting regional areas, taking water, damaging soil, using foreign labour and giving nothing back to the community,” Commander Linsdell said.

He added that foreign workers were often offered little to no protection if anything went wrong and put their visas in jeopardy by working on illicit tobacco farms. 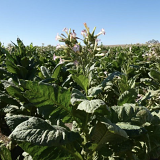 Image of a tobacco plant found during a raid on an illicit tobacco farm in Kyalite, NSW, this year.Credit:ATO

The Illicit Tobacco Taskforce is a multi-agency group that combines the operational, investigative and intelligence capabilities of the ABF, Australian Tax Office, Department of Home Affairs, Australian Criminal Intelligence Commission, AUSTRAC and the Commonwealth Director of Public Prosecutions.

He urged the community to report any activity that could indicate the production of illicit tobacco, including intense labour production between November and May, suspicious inquiries about land for lease, unexplained use of water resources or large crops of leafy plants that resemble cabbage and have pink flowers.

Growing tobacco in Australia has been illegal for more than a decade and carries a maximum penalty of up to 10 years’ imprisonment.

Authorities are also contending with huge illicit tobacco importation attempts. In the most recent fiscal year until the end of May, the ABF seized 512 million cigarettes, a 36 per cent increase from the previous year. The force also seized 748 tonnes of loose-leaf tobacco, compared to 167 tonnes the previous year.

During the final week of May, the ABF intercepted almost 10 tonnes of loose-leaf tobacco and more than 7.3 million cigarettes via sea cargo.

“This has been recognised as an opportunity for serious organised crime groups in Australia to make a lot of money … they can bring cigarettes into Australia for a lower price and sell it here on the illicit tobacco black market,” Mr Linsdell said.

Minister for Home Affairs Karen Andrews said the federal government remained committed to stopping the illegal trade at the border.

“Every time someone uses illicit tobacco, they’re denying the community legitimate tax revenue that funds our schools, hospitals, and roads,” she said. “They’re also playing into the hands of serious and organised criminals, who often import illicit tobacco and sell it to fund importations of harder drugs.

“In addition, we’re continuing to consider ways to strengthen Australia’s response, including the feasibility of track and trace technology that can provide a guarantee to consumers that what they’re using is legal and legitimate.”

“Part of the strategies of the squad is to conduct proactive investigations to disrupt criminal groups profiting from crimes such as the illicit tobacco market,” he said.