Grr, it’s a bit of a jungle out there, dahling! CRAIG BROWN meets the stars of David Attenborough’s Dynasties in Africa

The plan was to visit the set of the latest David Attenborough series, but my flight to Africa had been delayed. When I arrived, they were all packing up for the night.

Thankfully, I was allowed into the VIP enclosure. ‘You might find one or two of the stars hanging around’, said the programme’s publicity officer. ‘They like to unwind in the lounge after a hard day’s filming.’

In a corner of the bar, with their feet up, were two young hippos, swapping tales over a couple of pints. ‘Mind if I join you?’ I said. 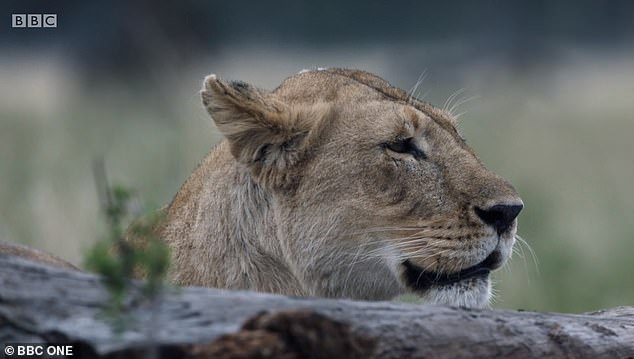 The plan was to visit the set of the latest David Attenborough series, but my flight to Africa had been delayed

‘Not at all, old boy,’ said the first hippo, who had an unexpectedly posh accent. His name was Adrian. It turned out he’d spent much of his youth on secondment to Chessington Zoo in Surrey. ‘I didn’t set out to upgrade my accent,’ he said. ‘It just sort of rubbed off on me, as these things do.’

He told me he was ‘literally exausted’, after some pretty gruelling filming. ‘David was desperately keen to film us having a scrap with a lion or a crocodile. I put him in touch with an old lion pal of mine called Geoffrey, who’s got a CV as long as your arm, and won an Emmy for his work on Daktari.

‘Geoffrey’s always popping up on wildlife documentaries, chasing this, that and the other. Producers simply LOVE him. He’ll always go that extra mile, is relatively inexpensive and, of course, still devilishly good-looking. Oh, look — there he is!’

Adrian the Hippo waved in the direction of a lion sitting at the bar, nursing a pina colada. In return, the lion blew him a kiss.

‘I never imagined you’d be such good pals,’ I commented. I had seen YouTube footage of a hippo and a lion fighting by the water’s edge, and it had all looked very real to me.

‘Don’t be daft!’ said Adrian. ‘Once the cameras are turned off, we’re all the best of friends! I mean, take a look at them!’

He pointed towards the far corner of the lounge. A group of hyenas were sharing a laugh with an antelope. ‘Just an hour ago, they were out on location, coming to blows for the cameras,’ said Adrian the Hippo. ‘But the moment David shouted “Cut!” they stopped, and were congratulating each other on their performances.’

Geoffrey the Lion strolled over. ‘I was just telling Craig how much I admired your performance today!’ said Adrian. ‘And I simply ADORED that very, very slight hesitation you made before leaping on top of me and baring those gorgeous teeth of yours! It ratcheted up the tension quite beautifully! Pure genius!’

Geoffrey affected indifference at this compliment, but you could tell he was lapping it up. ‘You were marvellous, too, Adrian,’ he said. ‘You put on that WONDERFUL scared expression of yours — it’s an absolute winner, darling!’ He turned to me. ‘No one but NO ONE does scared better than Adrian’, he added. 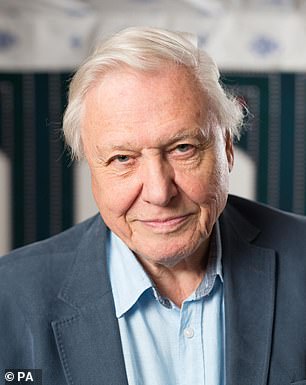 I moved over to the group of hyenas in the far corner. They were reminiscing about their early work on Wildlife On One. ‘It was all very primitive — the lighting was DESPERATELY unsympathetic, and the make-up was as crude as can be — one had to get on one’s knees and BEG for even the faintest DAB of blusher!’

‘Tell me about it! And they barely rehearsed us!

David, lovely David, would simply point to the darling little antelope and tell us to improvise — first we’d have to surround him and then, on cue, we’d have to make our trademark funny little noises! One FELT one’s way into the part — it was all very “Method” in those days!’

While the hyenas continued to chuckle, the antelope wiped the fake blood off his fur. ‘I suppose we overdid it, if I’m honest — but, then again, there’s nothing the viewers appreciate more than a proper bloodbath.’

At this point, I spotted Sir David himself near the entrance, congratulating a crocodile and a wildebeest on the day’s shoot. ‘You really looked as if you were going for him!’ he told the crocodile, who laughed appreciatively.

‘In fact, we’re old mates,’ the wildebeest chipped in. ‘We first met on the set of Out Of Africa with Meryl Streep and Robert Redford. Do you know Bob?’