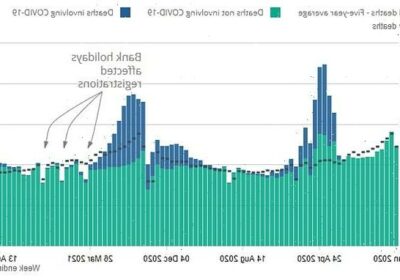 Weekly Covid deaths in England and Wales have reached their highest level since March, according to official data.

Office for National Statistics figures showed 571 people had the virus mentioned on their death certificates last week, up eight per cent on the previous seven-day spell.

This was the highest number since the week ending March 26 at the end of the second wave when the country was still shackled by lockdowns, when the virus was linked to 719 deaths.

Latest figures showed Covid was behind one in 18 fatalities last week, and deaths from all causes remained above average for the fifth week in a row.

The rate at which Covid deaths are increasing, however, appears to have slowed. The eight per cent rise last week was the lowest in nearly two months. 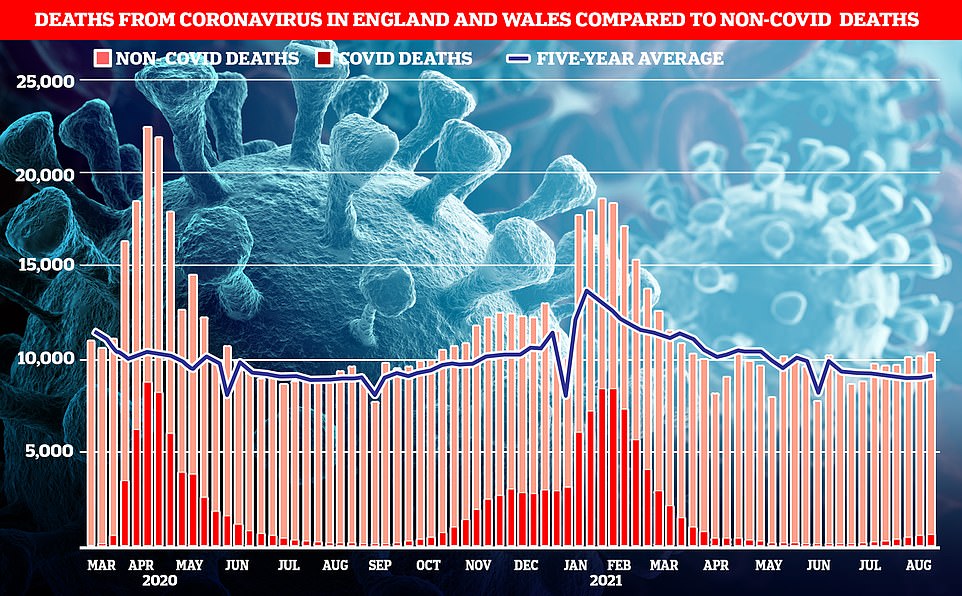 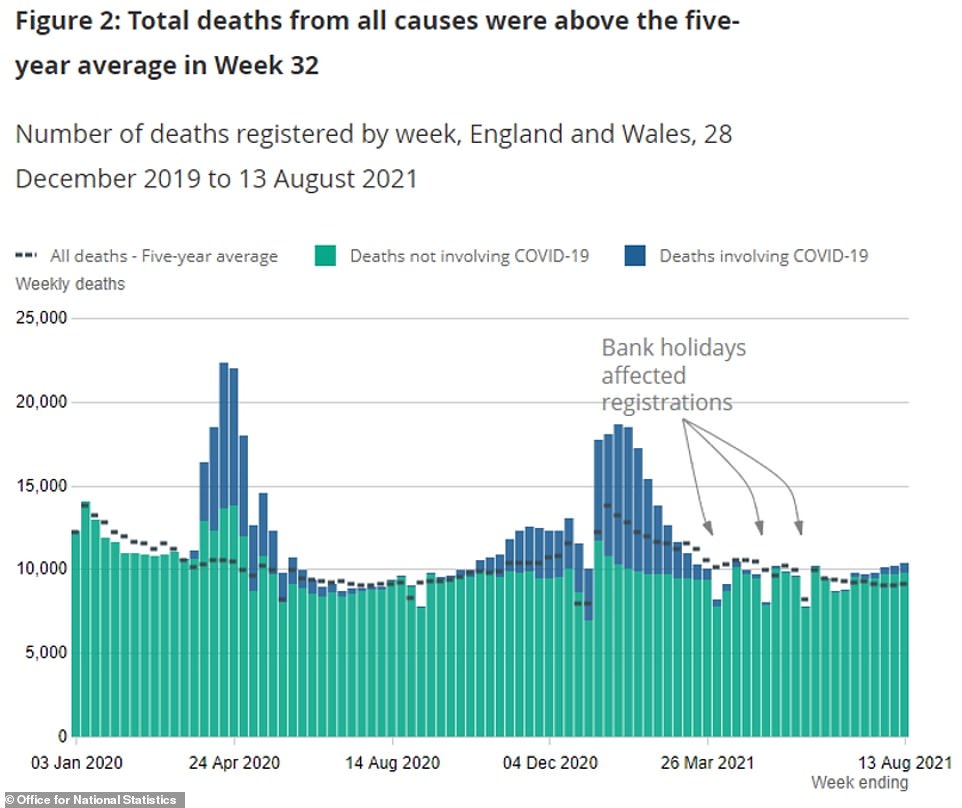 Covid was mentioned on 571 death certificates in the week to August 13, according to the Office for National Statistics. This was the highest number since late March when the second wave was dying down. Covid deaths remained above average for the fifth week in a row 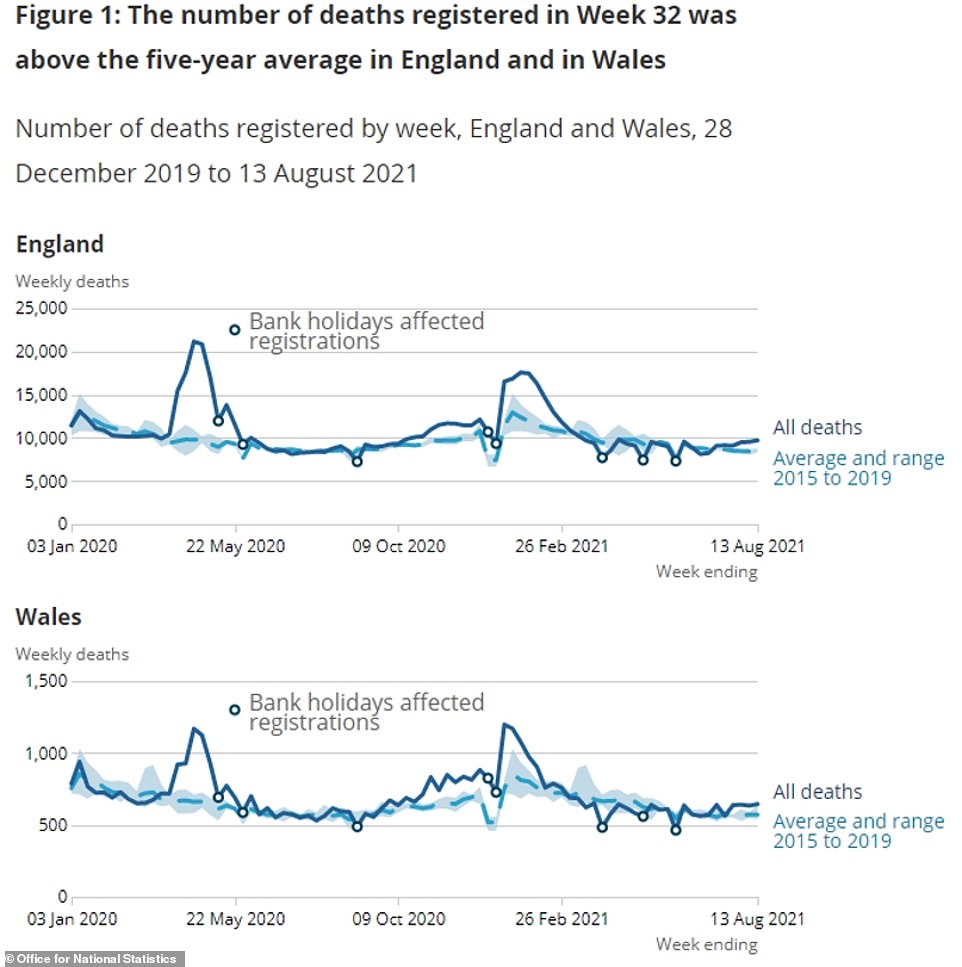 Deaths from all causes (dark blue line) remained above average in England and Wales for the fifth week in a row. There were 10,300 recorded (Dark blue line), which was above the number expected at this time of year (light blue line) 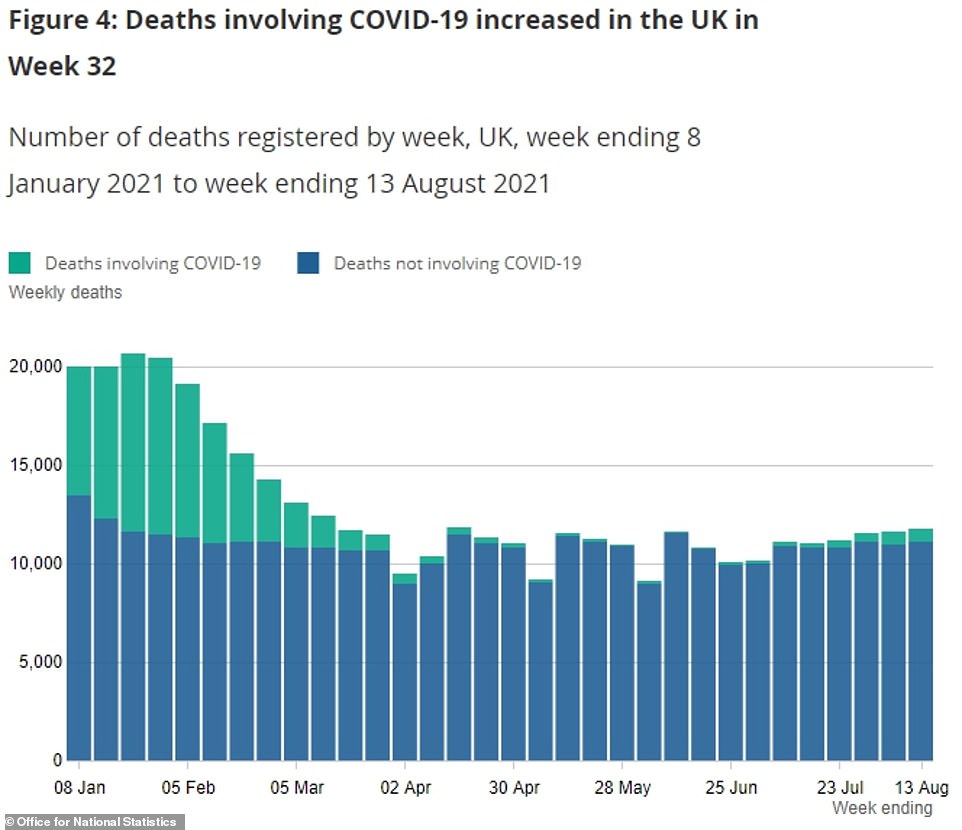 One in 18 deaths involved Covid in the latest week data is available (Covid is the green bar, and other causes are the dark blue bar). This was the highest number since March 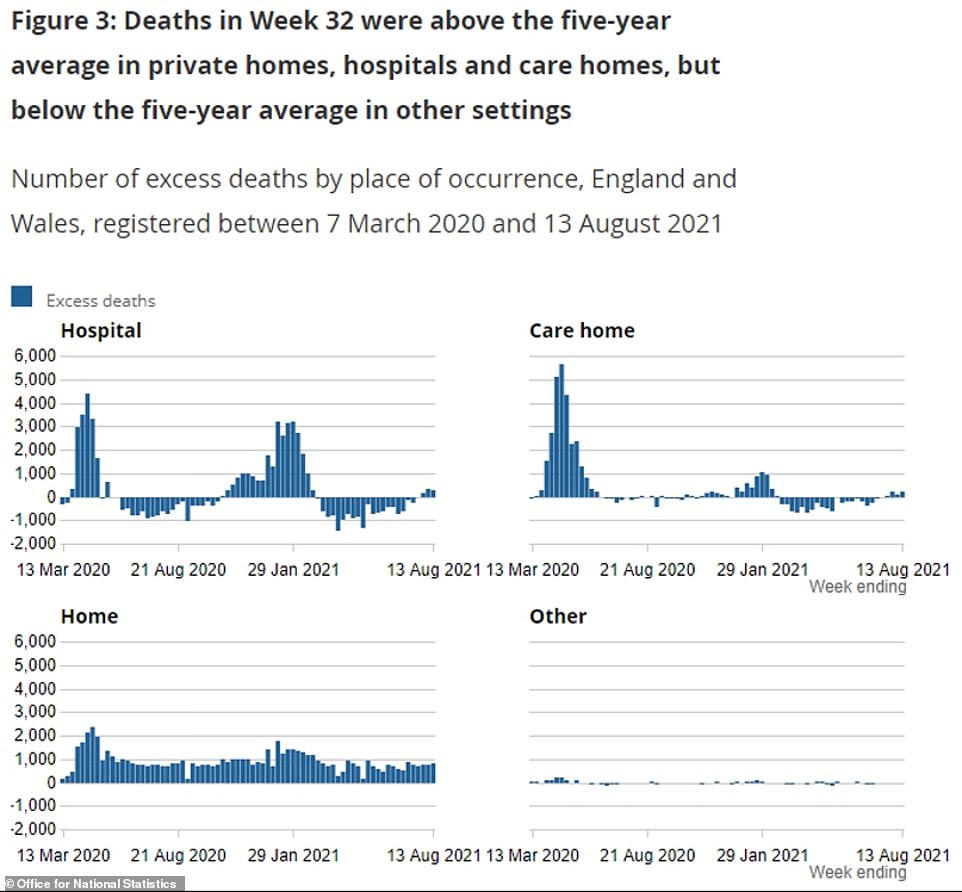 Deaths from all causes were above the five-year average in private homes, hospitals and care homes in the latest week

ONS data showed there were 10,300 deaths from all causes — including heart disease, cancer and Covid — in the latest week.

This was 14 per cent above the five-year average for the number of deaths expected at this time of year, which experts say suggests other factors are sparking more deaths than normal.