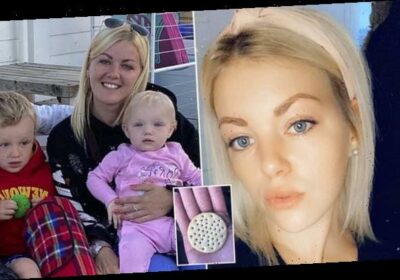 A mother was left gobsmacked after she was fined £100 when her baby dropped a cracker in a supermarket car park.

Danielle Botcher says she was left ‘angry’ and ‘speechless’ after she was approached at her car by three council officers who demanded to see her ID before issuing her with a fine – claiming her child had ‘incorrectly disposed of fast food’.

The 28-year-old from Basildon, Essex, had nipped to her local Tesco store and was heading back to her car when the drama unfolded.

Her 18-month-old daughter, Mia, was eating a pack of Dairylea Lunchables when she innocently dropped a few crackers.

The mother-of-two explains: ‘I had pushed my trolley back to my car and when I went to get my daughter out of the seat, I noticed she had dropped a few crackers into the trolley.

‘I saw the crackers in the trolley so I picked them up. I never saw the one on the floor, why would I leave one?’ 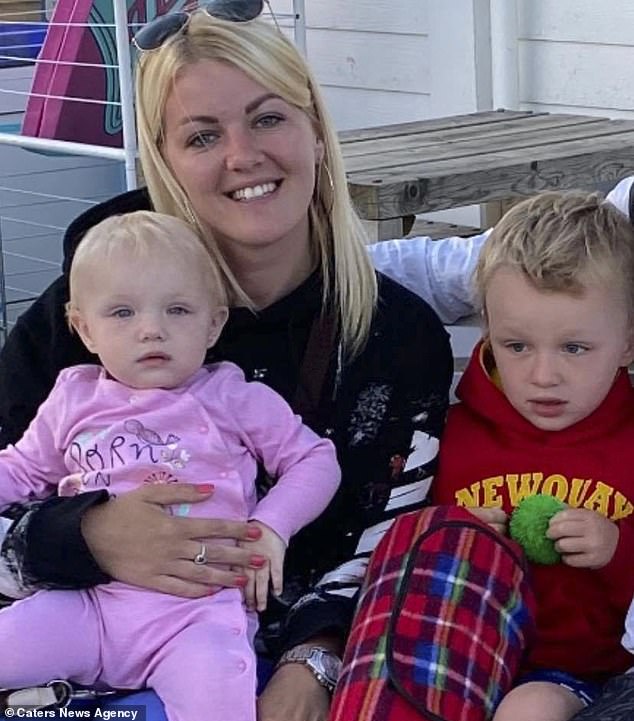 The stray mini cracker – no bigger than a 50 pence piece, was the reason Danielle claims she was handed an on the spot £100 fine.

She said: ‘I’d put my daughter and shopping bags in the car and was about to shut my door as a woman knocked on my window.

‘She told me she was a Basildon Council enforcement officer and that she saw my daughter drop a biscuit on the floor that I didn’t pick up.’

Danielle, who works as a part time carer, apologised and said she didn’t realise the mistake, however she was told that all three officers were in agreement that she had decided to ignore the cracker and asked for her name and ID.

She said: ‘I didn’t know what to think. I was in shock, I thought it must be a joke, you would expect hidden cameras for how ridiculous the whole situation was.

‘It took me a while to get my head around what was going on and when I got home I was very upset.’

Danielle’s family helped her to contact a local councillor who contacted the council on her behalf. 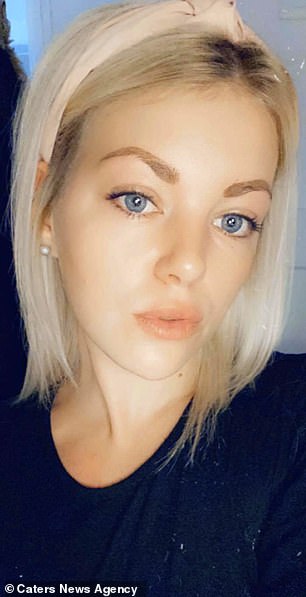 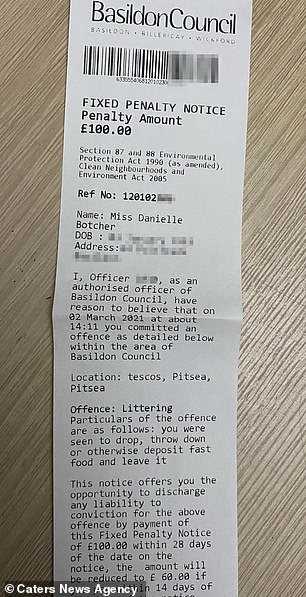 She later had a call from the enforcement agency to say that her fine would be overturned.

She added: ‘We were really panicked that we would have to pay it. I was frantically searching on Google and all the information I could find was saying we could end up in court. It was really frightening, £100 is a lot of money to us.’

Danielle, who also has a five-year-old son called Ollie said: ‘The whole incident has left me really upset and now I’m paranoid when I am out shopping with the children.

‘I have been back to the store since, I have to take my daughter, that’s just family life but I feel as though I am being watched.

‘The whole episode has been really stressful because the onus was on me to challenge it. Life with two young children is busy enough without this unnecessary upset.’

The mother decided to speak out to encourage other people to challenge their local council if they feel they have been are unfairly fined. 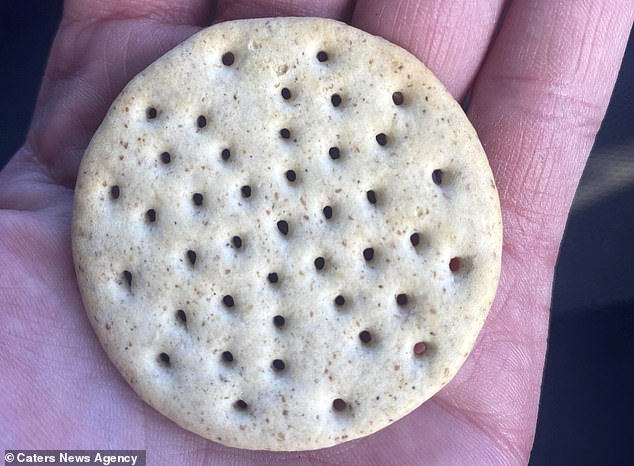 Pictured: the cracker which enforcement officers say Danielle purposefully left on the ground

She said: ‘I would tell anyone in my position to definitely fight it. I am happy it has been cancelled but it should never have happened in the first place.

‘The people employed to do this job need better training, they should focus their efforts on people who throw litter around and fly tippers who don’t care – not a baby who accidently dropped her snack.’

A Basildon Borough Council spokesman said: ‘We are really sorry for this mistake and any inconvenience caused.

‘As soon as it was brought to our attention the Fixed Penalty Notice (FPN) was cancelled.

‘National Enforcement Solutions (NES) carry out patrols to prevent fly tipping and littering across the whole borough. Since the trial began last year officers have undertaken 459 investigations of fly tipped waste across the borough.

‘There have also been a further 136 hours of out of hours monitoring and investigation undertaken.’