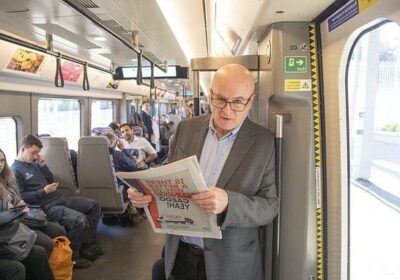 Gilded life of Comrade Chaos who’s called for class war: Could Mick Lynch, the shaven-headed rail union baron planning to bring the country to a standstill, be even more militant than infamous firebrand Bob Crow?

He looks like Bob Crow. He speaks like Bob Crow. But is it possible that Mick Lynch, the shaven-headed rail union baron who is planning to bring the country to a standstill this week, could be even more militant than the infamous ‘Comrade Crow’?

Certainly, if you closed your eyes and listened to Lynch address the We Demand Better march (organised by the TUC) in central London on Saturday, you could easily have mistaken the orator for the formidable late former leader of the RMT (Rail, Maritime and Transport Workers) union.

Accusing the Government of ‘seeking to butcher the working class’, he said his union members were locked in ‘a class struggle’ and implored those attending the rally — whose number included Labour Deputy Leader Angela Rayner — to ‘stand up and fight with us’.

In a two-year period shortly before his death in 2014, Crow and his apparatchiks in the RMT staged more than 100 strike ballots. Under the leadership of Mick Lynch, who was made acting general secretary in 2019 before being elected on a permanent basis in 2021, the RMT has balloted for strike action on 200 occasions.

How ironic that some in the industry were quietly relieved when Lynch’s election victory was announced; he was seen, at least in RMT terms, as a moderate, a ‘centrist’. 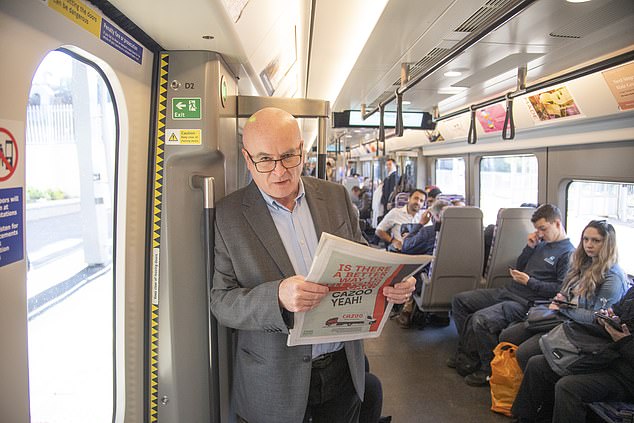 Mick Lynch, pictured, is the leader of the Rail and Maritime and Transport worker’s  union 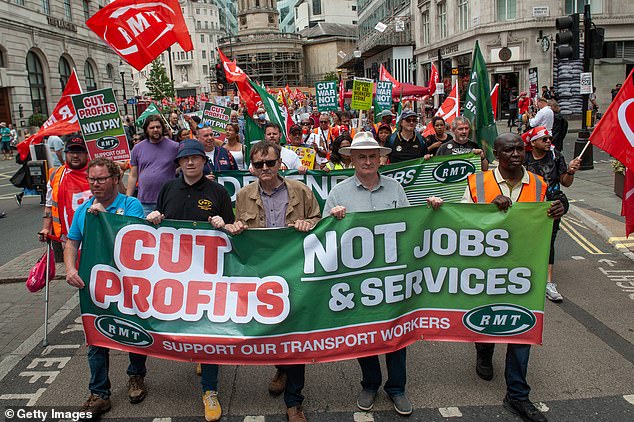 When he replaced the late Bob Crow, it was hoped that he would have been less radical

Even Crow, once described by the Evening Standard as the ‘Most Hated Man in London’ for spearheading guerrilla stoppages on the Tube, didn’t manage to orchestrate a national rail strike by what is, in the eyes of many, the most undeserving workforce in Britain.

The median salary of rail workers, according to the Government, is £46,000 — almost double the national average of £26,000 — and they also enjoy Jurassic ‘Spanish practices’ (such as being allowed to restart their breaks if, say, managers interrupt to speak to them).

Train drivers, who are represented by both the RMT and ASLEF — whose members will also be striking — earn an average of £59,000 a year, which can rise to £70,000 a year with overtime.

Yet they want a pay rise of up to 11.1 per cent to keep pace with inflation, at a time when the country is striving to get back on its feet following the pandemic and many families, facing a cost of living crisis, are struggling to make ends meet.

These are the very people who will be unable to get to work in every part of Britain this week.

The knock-on effect in schools, where many teachers will be unable to make it into class in exam season, and the NHS, particularly in London where staff and patients alike face long journeys to hospital, could be serious.

Yet no one epitomises the stereotypical ‘I’m all right, Jack’ union boss more than Mick Lynch. In a recent interview on Sky, he wrapped himself in the flag of the proletariat to stoke up class warfare, at one point declaring: ‘It’s my job as a trade union leader to defend my people. Their tanks are on our lawn. We’re not threatening them. They’re threatening our people.’

The inconvenient truth for Lynch is that the Government, far from ‘parking the tanks on his lawn’, poured £16billion of public money (£600 for every British household) to keep the railway network running — with a fraction of its usual passengers — and their members in jobs when Covid was laying waste to the country.

In fact, Mick Lynch, who is married to an NHS nurse with whom he has three children, has little in common with the ‘proletariat’ he once hailed from, growing up as one of five siblings in ‘rented rooms that would now be called slums’ on a council estate in Paddington, west London, after his Irish Catholic parents had come here as teenagers during the Blitz.

Now he has a salary package worth £124,886 and home is a four-bedroom Victorian terrace approaching £1million in Ealing, west London.

Bob Crow, for all his shortcomings, turned down the right to buy his end-of-terrace in east London because he believed ‘social housing stock should remain available for future generations’. The optimistic view that Mick Lynch might not follow in Crow’s Marxist footsteps was based on the fact that he resigned as acting general secretary back in September 2020, citing the ‘intolerable, toxic’ atmosphere in the union’s national executive.

In fact, in 2019, the RMT, on Lynch’s watch, created a giant banner depicting their hero Crow, next to the slogan ‘If You Fight You Might Lose / But If You Don’t Fight You Will Always Lose’ to mark the fifth anniversary of his death.

The banner featured the crest of his beloved Millwall Football Club and Cuba’s national flag, representing his love of the country, led for half-a-century by Marxist revolutionary Fidel Castro. The standard was taken ‘on tour’ at RMT events that year, with members belting out the chant made famous by Crow’s fellow Millwall fans of ‘No one likes us, we don’t care’.

A beaming Mick Lynch was pictured marching with them in central London for the traditional May Day union rally. It was an early indication that with the so-called ‘centrist’ Mick Lynch at the helm, it would very much be business as usual for the most militant trade union in Britain.

This week’s planned strikes involving around 50,000 RMT staff will take place over three alternate days, to cause maximum disruption — and maximum trouble for the Government.

It is hard not to believe that this show of industrial muscle is a political strike in all but name; the Government, after all, is sitting, metaphorically speaking, at least, on the other side of the ‘negotiating’ table, not the leaders of the privatised train companies. Inflicting damage on the ‘Tories’, you suspect, is as important for Lynch and his cabal of extremists running the RMT as getting an even better deal for his members.

‘At the moment, we are warming up our members,’ Lynch warned in his first major interview after being elected as general secretary.

The phrase, ‘warming up our members’, is particularly revealing. This was not a man who wanted to negotiate. His modus operandi is the same as Crow’s was. ‘Give us what we want or we’ll paralyse the country.’

On Friday, our reporter attempted to speak to Lynch as he strode towards the Tube for his early morning commute.

Looking far from pleased, he quickened his strides when challenged to apologise to the public for the travel paralysis his union’s strikes are going to cause.

The bullish RMT boss insisted he had apologised many times previously — before launching into a verbal tirade about the Mail approaching him.

And like a true union organiser, he even questioned whether our reporter was a member of the National Union of Journalists before refusing to answer any further questions.

Some of his neighbours were far more forthcoming.

One, Rosaura Eduardo, a 45-year-old mother of two who has lived on the same street as Lynch for a year, said the strikes would incur extra costs for her new business, teaching young children in private and state schools across Ealing and Brent how to cook.

She estimates she’ll be forced to shell out up to £50 each for two of her chefs — who don’t drive — to travel to the schools in Ubers, a prospect she called an ‘outrage’.

Ms Eduardo said that she — and the children she teaches — could miss out if strikes hamper her team getting to the schools on time for their cookery classes, which run both during the day and after school.

‘What I find is, some deprived kids don’t learn at school because they’re so hungry when they arrive in my clubs,’ she says.

‘I had a five-year-old ask me for an extra muffin, telling me: “This is going to be my dinner for me and my brothers.’”

Ms Eduardo added that while she did ‘get the point’ of the strikes, there should be better communication between the union and the Government.

But for many, this week, Mick Lynch might not just be ‘the most hated man in London’ but one of the ‘most hated men in Britain’.

He and his cronies in the RMT will undoubtedly take the same attitude as Millwall fans: ‘No one likes us, we don’t care.’