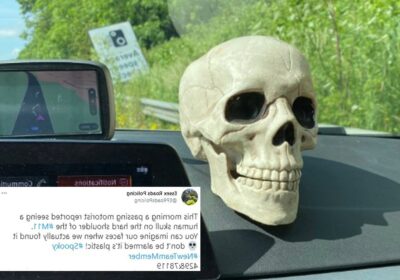 COPS rushed to a busy motorway after frightening reports human remains had been found – but all was not as it appeared.

A worried motorist alerted police to the potential gruesome find on the M11 in Essex this morning. 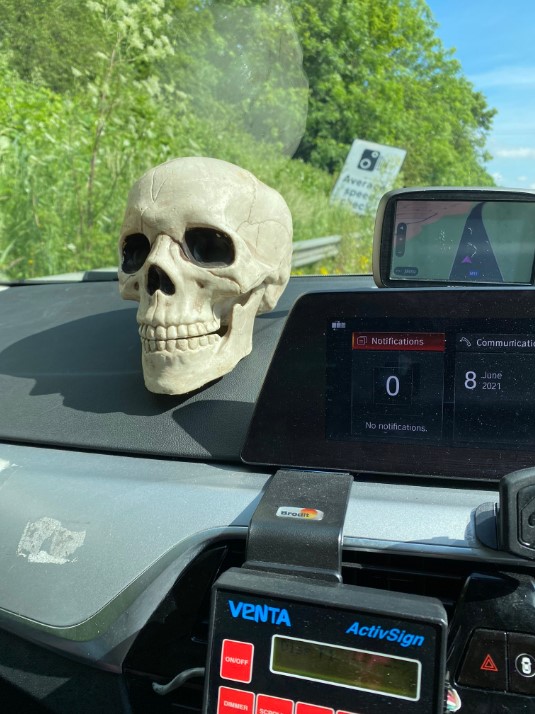 And police officers rushed to the scene, ready to investigate.

However, instead, surprised officers instead found plastic skull. Alongside the photo posted on Twitter, they said: “This morning a passing motorist reported seeing a human skull on the hard shoulder of the M11.

“You can imagine our faces when we actually found it – don’t be alarmed it’s plastic!”

With the owner nowhere in sight, the officers kept it and posted a photo of it sat proudly on the dashboard of their car.

Meanwhile, a woman discovered that her new flat was not all it seemed after she found a secret room hidden behind a bathroom cabinet, months after moving in.

TikTok user @cattccc created a video showing off the incredible space which has a skylight window for looking out at the world.

She captioned her video: “We discovered a secret room in the coolest place.”

The TikToker panned her camera around her stylish bathroom, before focusing on a normal-looking cabinet in the wall.

But this was no ordinary unit, as she showed how it could be pulled forwards to reveal an extra room that you could crawl into.