A COP was fired after he was seen on tape using the n-word during an argument with bar patrons in South Carolina.

Columbia Sergeant Chad Walter was fired Monday evening after an investigation by the Columbia Police Department citing unsatisfactory performance following an incident where Walker was flagrantly repeating the n-word to upset customers outside a bar. 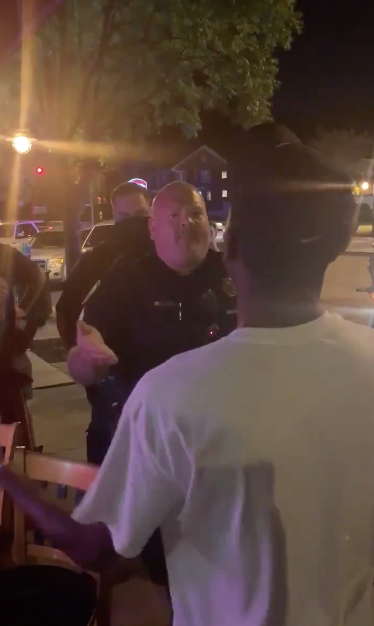 On Saturday night just after 11 PM, Walker and other officers ordered customers to exit a Five Points, Columbia bar in keeping with South Carolina's mandatory bar closing times in place because of the coronavirus.

During the incident, a white man confronts Walker for using a tone he feels is demeaning of Black people in the audience, with Walker responding "Speak freely, you've got my attention now so speak freely."

The man then proceeds to tell Walker "My issue is you talking to these people of color as if they are less than human."

Walker, the only unmasked officer enforcing the state's coronavirus ordinance, gets face to face with the man before turning and pointing to a Black man and saying "The people of color? The gentleman right there that called me a n***er?" 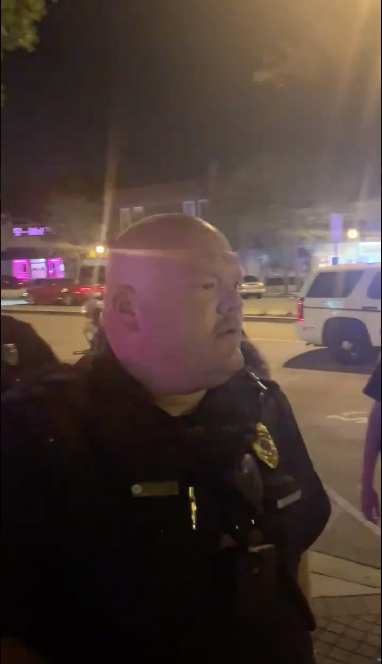 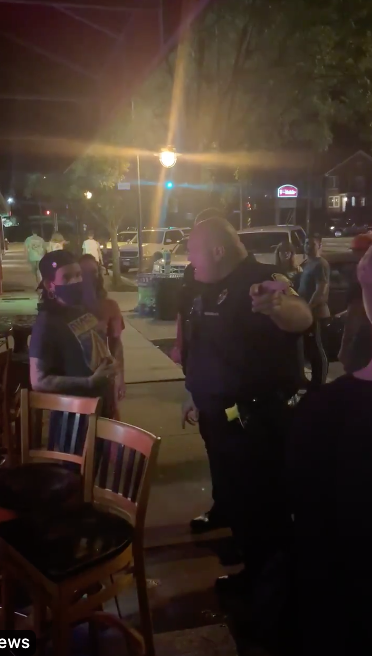 As soon as he finishes his sentence, the tense silence is broken by cries from onlookers, with some saying "wow" and one person audibly asking "are you serious?"

Walker doubles down amid the cries, saying "that guy? That just called me n***er?"

The crowd grows louder as Walker repeats the n-word for a second time, with the man who confronted Walker saying "can you stop saying that word please?"

The Black patron Walker pointed to walks up Walker and clarifies he never called him the n-word, with Walker pointing to his bodyworn camera and saying "Actually you did. It's on bodycam, so try again. Try again."

The Black man says the n-word, which leads to Walker exclaiming "you just did it again!"

"No I did not," said the Black man, with Walker repeating "Yes you did."

"You got mad because I told you you couldn't drink your drink so you called me that word," Walker says to the Black man, who asks "what word?" 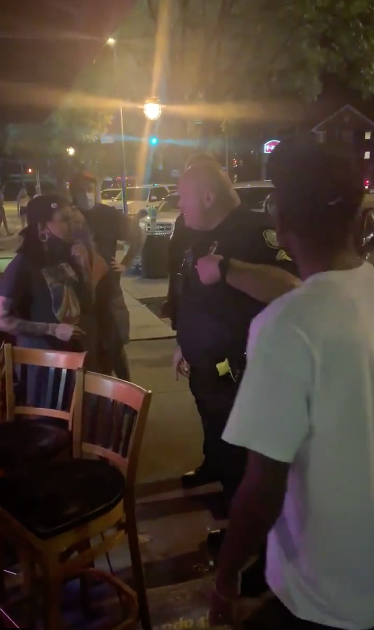 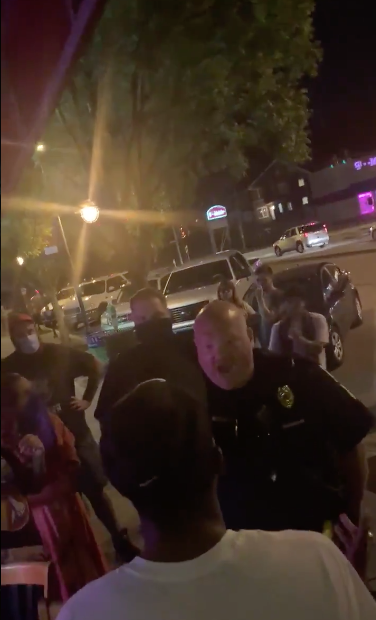 That's when a female patron moves the Black man away from Walker, who asks "want me to say it again?"

After a few more back and forths while the Black man is led away, Walker shouts "Fine, because all you're doing is calling me ignorant. That's what that word means."

"That's what that word means," Walker continues as he walks towards the Black man. "If you like to call yourself ignorant, keep saying it."

As the mostly white crowd interjects, Walker is seen on video defending himself for another three minutes, adding "I was called that, I can say it back" and "he can say it to me but I can't say it to him?"

When someone tells him no, Walker responds why not, prompting one of the white onlookers to say "you're white."

Walker responds "Who cares what color I am?"

As Walker's fellow masked colleagues lead him away amid cries from the onlookers telling him to lead by example and to walk away, Walker responds one last time with "I'm sorry, I'm not going to just sit here and be called derogatory names."

In a press release, Columbia Police Chief Skip Holbrook apologized for the department, saying "It is evident the actions of Sgt. Walker were a clear failure to fulfill the expectations and standards of our Department. The repetition of the racial slur and failure to deescalate the situation were inexcusable."

Walker, a 14-year veteran of the Columbia Police Department, was suspended Sunday night with pay, with the police department vowing to investigate Walker and review the bodycam footage of the incident.

The Chain of Command Disciplinary Review Board then voted unanimously to fire Walker following the investigation, citing unsatisfactory performance and courtesy.