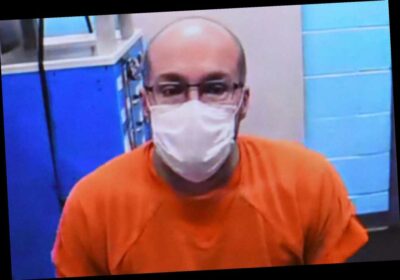 Nets superstar to miss time because of COVID-19 quarantine

Stop politicizing the pandemic and other commentary

A Wisconsin pharmacist who was arrested for destroying more than 500 doses of the COVID-19 vaccine is an “admitted conspiracy theorist” who thought the shots would mutate human DNA, police and prosecutors allege.

Steven Brandenburg, 46, a pharmacist with Advocate Aurora Health, also believed the world was “crashing down,” and had been hoarding food, authorities charge in court documents released Monday.

Prosecutors allege he purposely spoiled 57 vials of the Moderna vaccine over Christmas — enough to inoculate at least 500 people.

A detective on the case described the pharmacist as “an admitted conspiracy theorist” who believed the vaccine could hurt people, according to court records.

Brandenburg, who has two young kids, was in the midst of a divorce and had showed up at the home of his estranged wife on Dec. 30 with two 30-day supplies of food — telling her that she was in denial over the fact that the world was “crashing down,” according to a court affidavit.

His wife also said in the affidavit Brandenburg was hoarding food in bulk and firearms in rental units. He had also taken a gun to work twice, Gerol added.

Brandenburg allegedly took the vials of vaccine out of refrigeration overnight on Christmas Eve, then again on Christmas night.

A pharmacy technician found the unrefrigerated vials on Dec. 26, when Brandenburg claimed he was moving the vials and forgot to return them to the fridge

The Moderna vaccine is viable for just 12 hours without refrigeration.

Brandenburg was arrested last week and ordered held on $10,000 bond.

Prosecutors said they need to determine the extent of the damage to the exposed vaccines before filing criminal charges in the case.

False claims about the inoculation for the global pandemic have circulated online for months, charging that not only that it can alter DNA, but can have serious side effects.

Experts maintain that those conspiracies are untrue.