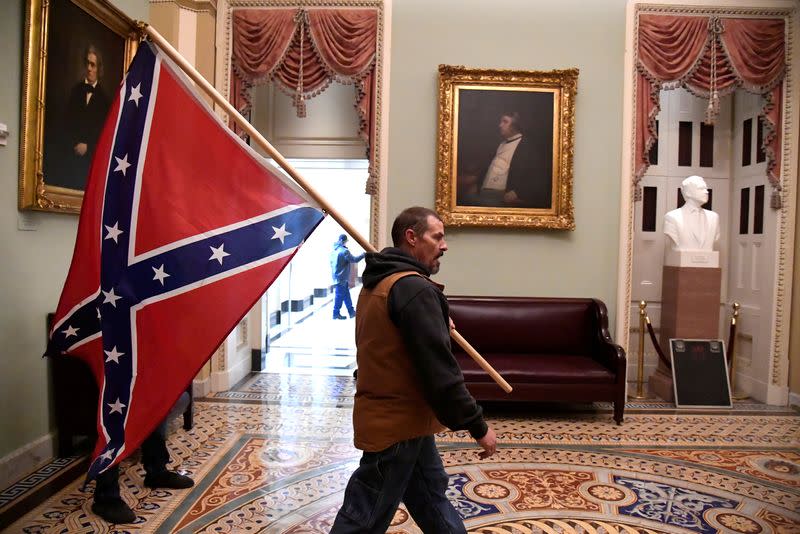 WASHINGTON (Reuters) – A Delaware man who flew the Confederate flag inside the U.S. Capitol on Jan. 6, 2021 was found guilty along with his son of the felony charge of obstruction during the storming of the building, the Justice Department said on Wednesday.

“Their actions and the actions of others disrupted a joint session of the U.S. Congress convened to ascertain and count the electoral votes related to the presidential election,” the Justice Department said in a statement.

The Seefrieds had pleaded not guilty to all charges.

The Justice Department said Kevin Seefried had been photographed inside the Capitol holding a Confederate flag. While inside the building, the Seefrieds were part of a larger group that confronted several U.S. Capitol Police officers, the department said.

Kevin Seefried is to be sentenced on Sept. 16 and Hunter Seefried faces sentencing on Sept. 23. The felony charge carries a statutory maximum of 20 years in prison and possible financial penalties.