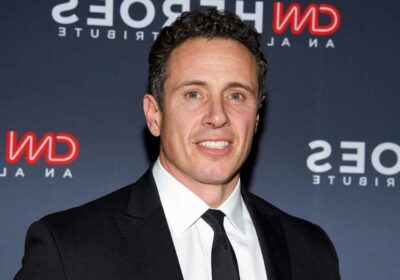 CNN and Chris Cuomo under fire for anchor’s silence, role in AG probe

As critics call for CNN prime-time host Chris Cuomo to face consequences for moonlighting as an adviser to his governor brother over sexual harassment claims, the network’s sizable stable of female talent has so far kept quiet about their colleague’s role in the political and media scandal of the year.

While CNN is the only one of the big three cable news networks not to have a female prime-time host, their regular lineup features anchors and reporters including Christine Romans, Alisyn Camerota, Brianna Keilar, Kate Bolduan, Erin Burnett, Dana Bash, Pamela Brown, and Ana Cabrera.

The AG’s report found that Chris Cuomo was among a group of outside advisers who were given privileged and confidential information “and helped make decisions that impacted State business and employees—all without any formal role, duty, or obligation to the State.”

The document, which revealed shocking details of Andrew Cuomo’s sexual harassment of 11 women, included a potential statement apparently drafted or edited by Chris Cuomo for his older brother.

The host admitted to viewers in May that attempting to assist his brother was “a mistake” that “was a problem for CNN,” but defiantly added: “I’m family first, job second.”

The New York Times reported Wednesday CNN executives suggested Chris Cuomo take a leave of absence so he could formally advise his governor brother after the story broke that the anchor had participated in strategy sessions. After Chris Cuomo came clean to viewers, CNN described his actions as “inappropriate,” but did not discipline him.

Chris Cuomo has studiously avoided mentioning James’ report on his show the last two nights, preferring to focus on the COVID-19 pandemic. Wednesday’s “Cuomo Prime Time” also featured an interview with a cancer-stricken “America’s Got Talent” contestant that left the anchor wet-eyed.

Poynter Institute senior media writer Tom Jones wrote Thursday that Chris Cuomo not even making a token mention of the report “felt awkward” despite his March vow that he would not cover the harassment allegations against the governor “because he is my brother.”

“I won’t go as far as to call for someone’s job, but CNN is in a bad spot here,” Jones wrote. “Other politicians and public figures will be accused of sexual harassment in the future. How will Chris handle that on his show?”

Jones concluded by writing: “Chris Cuomo is forever going to have a credibility problem among some viewers. The only thing that could fix that is something that doesn’t exist: a time machine.”

While there’s no evidence CNN’s management has warned the news division off reporting on Chris Cuomo’s involvement in his brother’s scandal, staffers say the anchor enjoys the protection of CNN President Jeff Zucker.

“I think that Jeff has made it clear that he has Chris’s back no matter what,” one current network employee told Buzzfeed News Tuesday.

A former employee griped to the website that the network’s treatment of Cuomo was “so emblematic of CNN. The more prominent you are there… the less the rules and discipline apply to you. That’s been a gripe people have complained about forever.”

Another current staffer put the situation more bluntly to Buzzfeed: “The fact that Chris Cuomo wasn’t fired over his inappropriate conflict of interest in actively affecting a news story is not only irresponsible of CNN, but also a disgrace to journalism.”