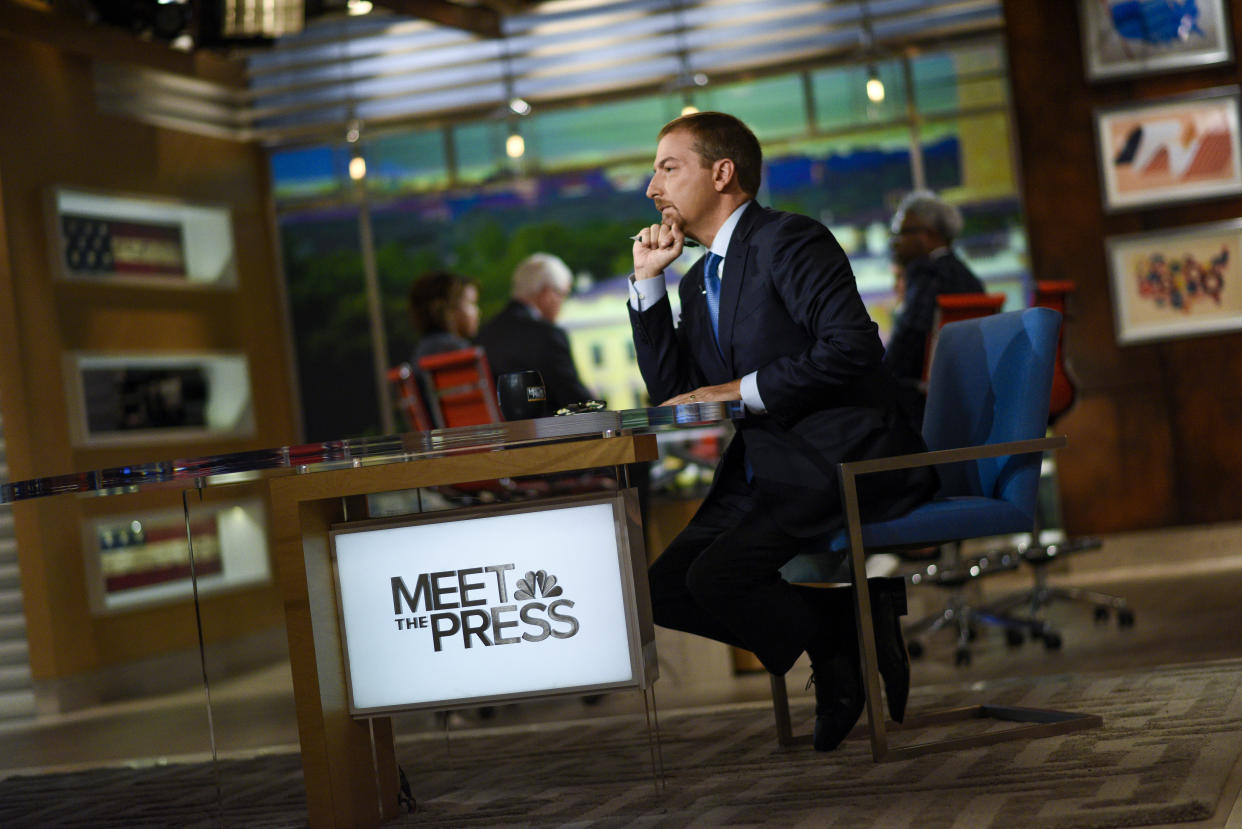 People who want to “Meet The Press” with Chuck Todd Monday through Friday will have to do so via their broadband connection, not their set-top box.

“Meet The Press Daily,” the weekday counterpart to NBC News’ flagship Sunday public-affairs program, will move to NBC News Now starting June 6, the latest example of how much more focused big TV-news outlets are on streaming video as a rising generation of news aficionados reaches out to digital venues for the latest information and headlines. Todd’s streaming program will be called “Meet The Press Now.” Chris Jansing, the NBC News veteran, will take over his 1 p.m. hour on MSNBC.

“Chuck was one of the first broadcast anchors to see the massive potential of streaming and bringing ‘Meet the Press’s’ daily franchise to NBC News Now reinforces the platform’s status as the destination for news on streaming,” said Noah Oppenheim, president of NBC News, in a prepared statement.

Todd’s exit from MSNBC comes as that cable outlet is de-emphasizing straight-news programming and playing up shows anchored by commentators, analysts and political experts. On Saturday, MSNBC will launch a new program led by Symone Sanders, the former Democratic campaign aide and press advisor to U.S. Vice President Kamala Harris. MSNBC is expected to do something similar with Jen Psaki, the White House Press Secretary who on Thursday announced she would be leaving her role. She is expected to debut a program on MSNBC after taking a break of several months.

And the switch of venues for the program shows NBCUniversal’s growing ambitions in the world of streaming. Todd moves to NBC News Now after the failure of CNN+, the subscription-video site that was scuttled abruptly by new corporate parent Warner Bros. Discovery, mere weeks after its launch. Part of the appeal of CNN+, or so executives believed, was a passel of live, daily programs that they hoped would keep subscribers making regular visits to the service.

But most of NBC News Now’s live shows, which include programs anchored by Tom Llamas and Hallie Jackson, are regular newscasts. Todd’s show will, as it has for several years, focus on politics and Washington newsmakers.

This is the second move of “Meet The Press Daily” in two years. MSNBC in 2020 moved the show to early afternoons from a perch at 4 p.m. to make room for an expansion of Nicolle Wallace’s afternoon show, now a mainstay of the network. It was paired with Andrea Mitchell’s noontime hour to give MSNBC viewers a block of programming that focused on news out of the nation’s capital, but its absence will leave Mitchell’s show as a sort of stand-alone, preceded and followed by more typical breaking-news hours led by Jansing at noon and whichever anchor MSNBC names to fill in permanently for Craig Melvin at 11 a.m.

NBC News also intends to make the retitled “Meet The Press Now” available as an audio “showcast” in a further bid to make the show more broadly available to digital audiences.