Chinese students could be playing games with their eyesight They sleep on bunk beds and hang their washing by the window.

A copy of Harry Potter in Chinese sits on the shelf next to pots of instant noodles.

More than 30,000 pupils go to this rough-around-the-edges technical college in Jinan, a city of seven million people in east China.

But six days a week, Lu and his fellow students shuffle to the classroom for a different sort of lesson.

Morning is theory, and afternoon is practical when the subject is eSports – a form of competitive video-gaming that is booming in China.

270 million people played in 2017 according to the Chinese technology giant Tencen. China was already the world’s biggest video game market and the growth in eSports is, in part, a natural result of that.

But it’s also because of a deliberate government push.

It spied an opportunity for China to dominate a category that will be added to the 2022 Asian Games and, perhaps, the Paris 2024 Olympics.

It also saw a way for Chinese gaming companies to thrive.

But this is also a tale of how the best intentions of an authoritarian regime can have unintended consequences.

The support of the CCP is why Lu is able to study video games six days a week, thanks to scholarships offered by the government.

He’s part of the first cohort to enrol here: they’re six months into their studies when we visit.

Lu is 18-years-old and dreams of representing China in eSports.

Over lunch in the cafeteria, he explains why he’s studying the subject. 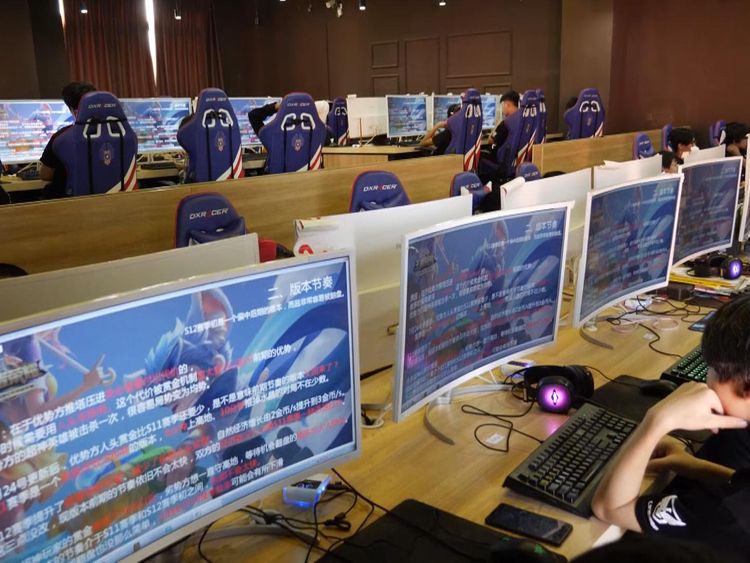 Characters from Honor of Kings, a game by Chinese company Tencent, loom large around us from floor-length posters.

“And now eSports has been recognised by the world, there will be job opportunities in the future.”

His teacher is Lu Di, a 25-year-old in charge of teaching League of Legends, which is also owned by Tencent.

He said: “The students in Lanxiang eSports club will be trained to be professional gamers to work for companies or clubs to attend competitions.

In the midst of that video game boom, though, and one it promoted, China’s government has reversed course.

It has frozen approval for new video games.

And it’s introduced restrictions on children’s screen time, limiting them to one hour a day. 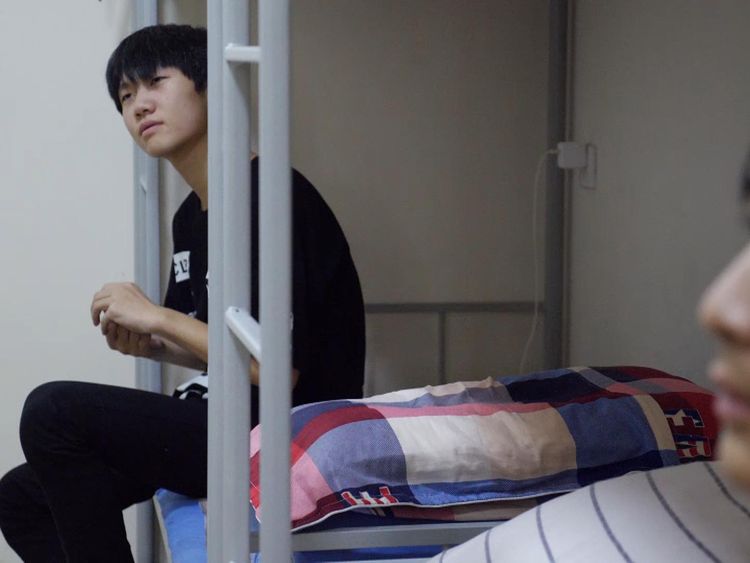 Now, when a Chinese child logs into a video game, their details are checked against a national database provided to gaming companies by the Ministry of Public Security.

The reason for the about-turn is what is happening to Chinese children’s eyes.

Myopia – short or near-sightedness – is on the rise.

By 2020, half the population is predicted to have myopia – around 700 million people.

At Lanxiang, they’re aware of the risks.

Lu Daimeng said: “Our teacher asks us to go outside in our breaks.

“(They say things like) ‘Don’t stare at the computer all the time!’

“He knows it’s not good for our eyes.”

The story of myopia in cities is even worse: 80% of students have myopia, and China is ranked first for myopia among students in the world. 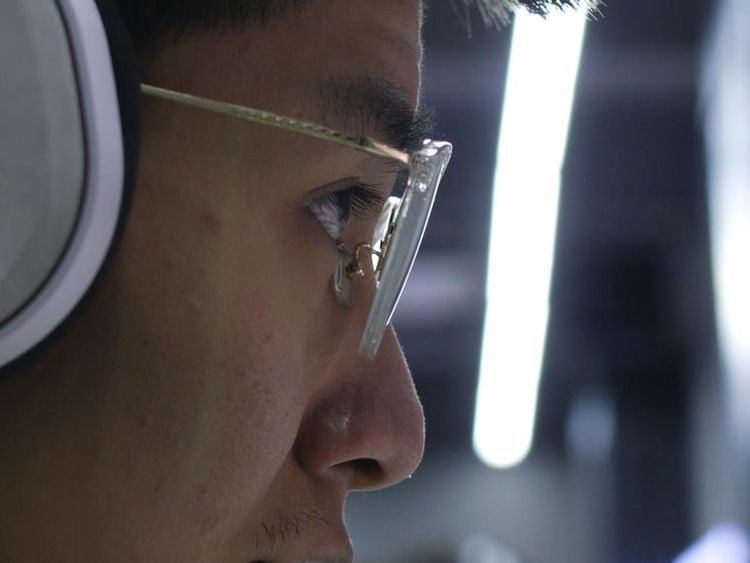 Mei Yuxuan and Li Xinyu are seven-year-old girls, best friends and visiting a Beijing hospital for an eye test.

They spend about three or four hours a day in front of a screen, they tell me.

“We watch screens and sometimes watch black boards too on the class,” Mei Yuxuan says.

“In our class, nearly half pupils are short-sighted…

“Teachers don’t allow us to go outside during our 10 minute break.

“We have to stay in the corridor.”

On this visit, Li Xinyu is diagnosed with mild myopia.

If myopia is becoming an epidemic, Dr Yao Jinglei, director of ophthalmology at Jingdu Children’s hospital, is on the frontline.

She said: “The main reason is because our lifestyle has changed.

“Before, 20 years ago, children would play after class.

“But now, they have mobile phones, iPads, computers – they stay at home.”

Dr Yao says that during holidays, they receive 100 patients per day.

Most of them have myopia problems.

Dr Yao added: “When parents are eating or busy with something, they need their children to keep quiet so they would make them watch videos or cartoons on their phones.

“So children form a habit of watching mobile phones when they are still very young.

“Then when they reach five or six years old, they naturally start playing video games.

“I mention games like Kings of Glory or DOTA.

“Every parent know these games. They say when they’re busy, their children would play them… The main consumer of videogames are students, teenagers and young people.

“They are not restrained by parents and then they become addicted to video games.”

But it’s already had unforeseen consequences: after the measures were announced, Tencent, one of the country’s great tech success stories, lost $20bn in value.

In that respect, the video games myopia cycle is typical of China’s development.

It shows the dilemma the CCP often faces, between economic growth and the harmful side effects it can have on society.

It’s a formula that could equally be applied to the environment, inequality or corruption.

Perhaps the solution lies with individuals rather than an over-powerful state.

After she receives her myopia diagnosis, Li Xinyu makes a firm resolution: “I’m going to spend less time looking on my mother’s phone.”