A CHINESE town known as “snake village” that factory farmed the reptiles for food has shut down as coronavirus is linked to the consumption of wildlife.

Farmers in Zisiqiao bred three million snakes a year to end up on dinner plates or in medicine – but now locals have said the industry has collapsed due to the pandemic. 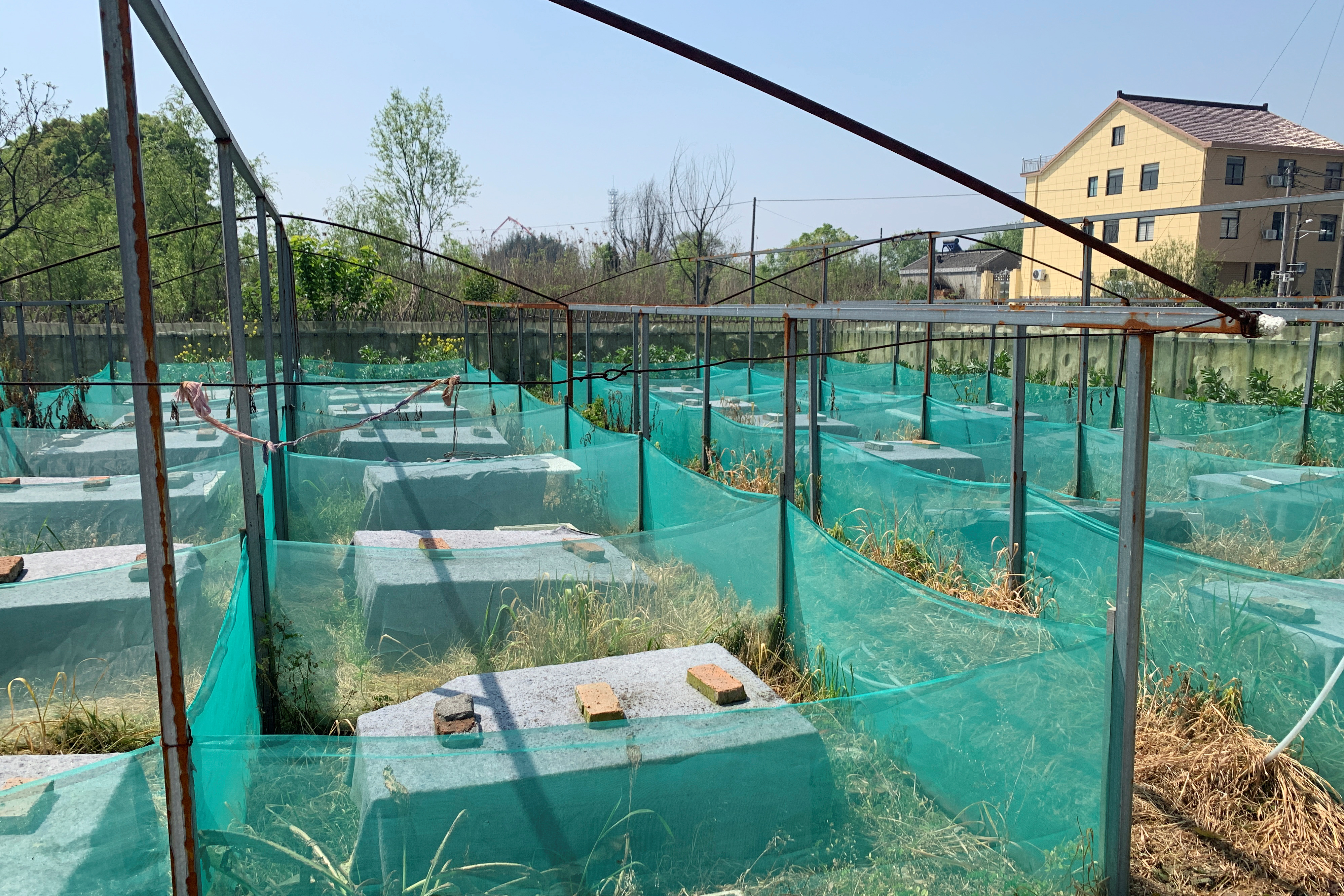 Coronavirus has been linked to China’s so-called wet markets which trade and butcher living animals for food.

Scientists believe the virus originated in bats before crossing to another animal and then jumping to humans.

It is prompted new scrutiny on the conditions animals are kept in, and the types of animals being eaten – leading to collapse of the trade in snake village

Rows and rows of wooden pens that housed captive snakes are now abandoned in Zisiqiao.

And the Chinese character for snake has been scrubbed off the sign of the snake meat restaurant in the village.

Chinese authorities have outright blamed the eating of wildlife for coronavirus.

Communist Party officials issued a temporary ban on the industry on January 23 and vowed to amend animal protection laws to prevent further outbreaks.

Yang Heyong, 71, a retired snake farmer from Zisiqiao, said: “In the village now, there’s definitely no one breeding snakes.

“It must be because of the epidemic. Zhong Nanshan [China’s top medical adviser] has already said it is related to bats and snakes.” 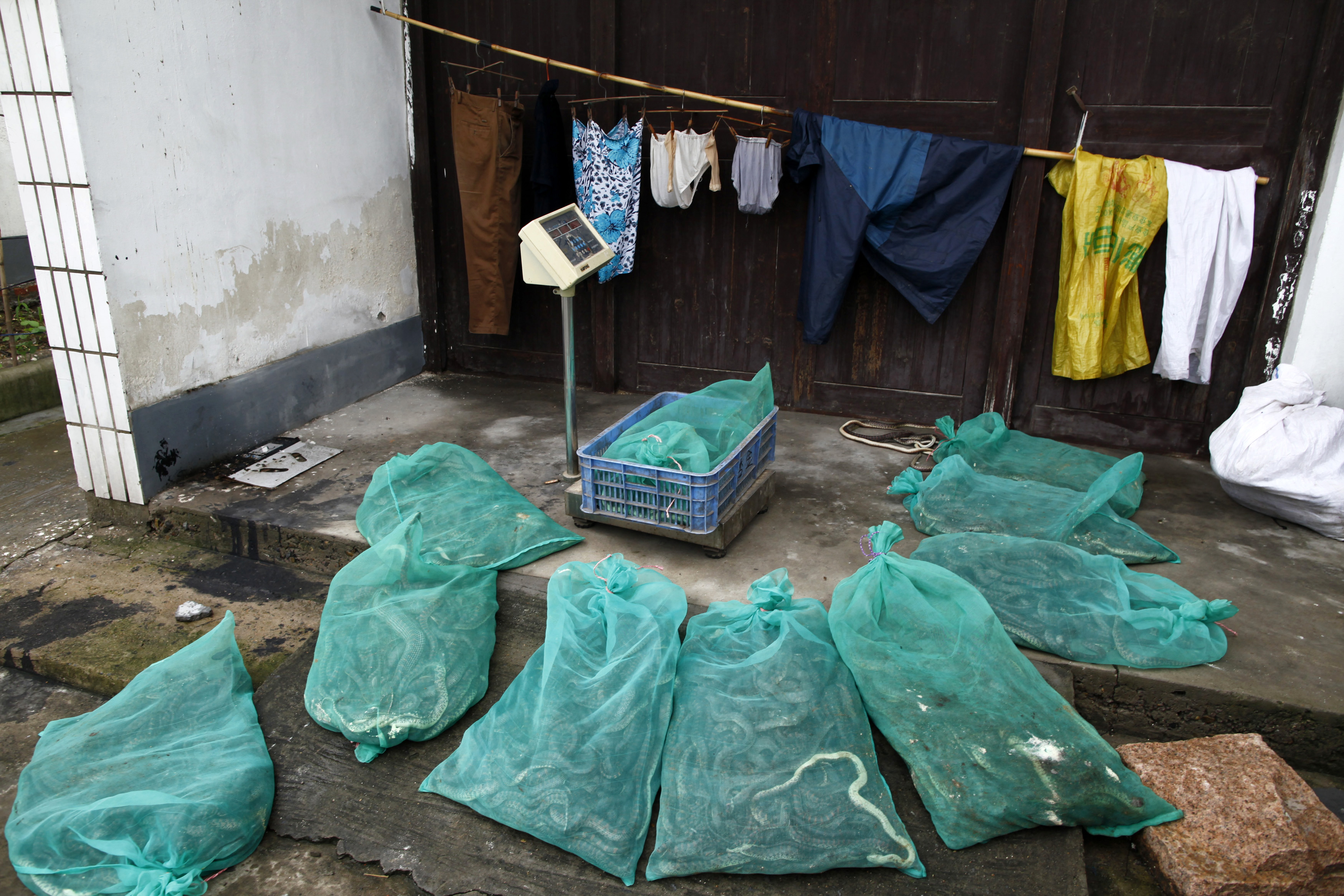 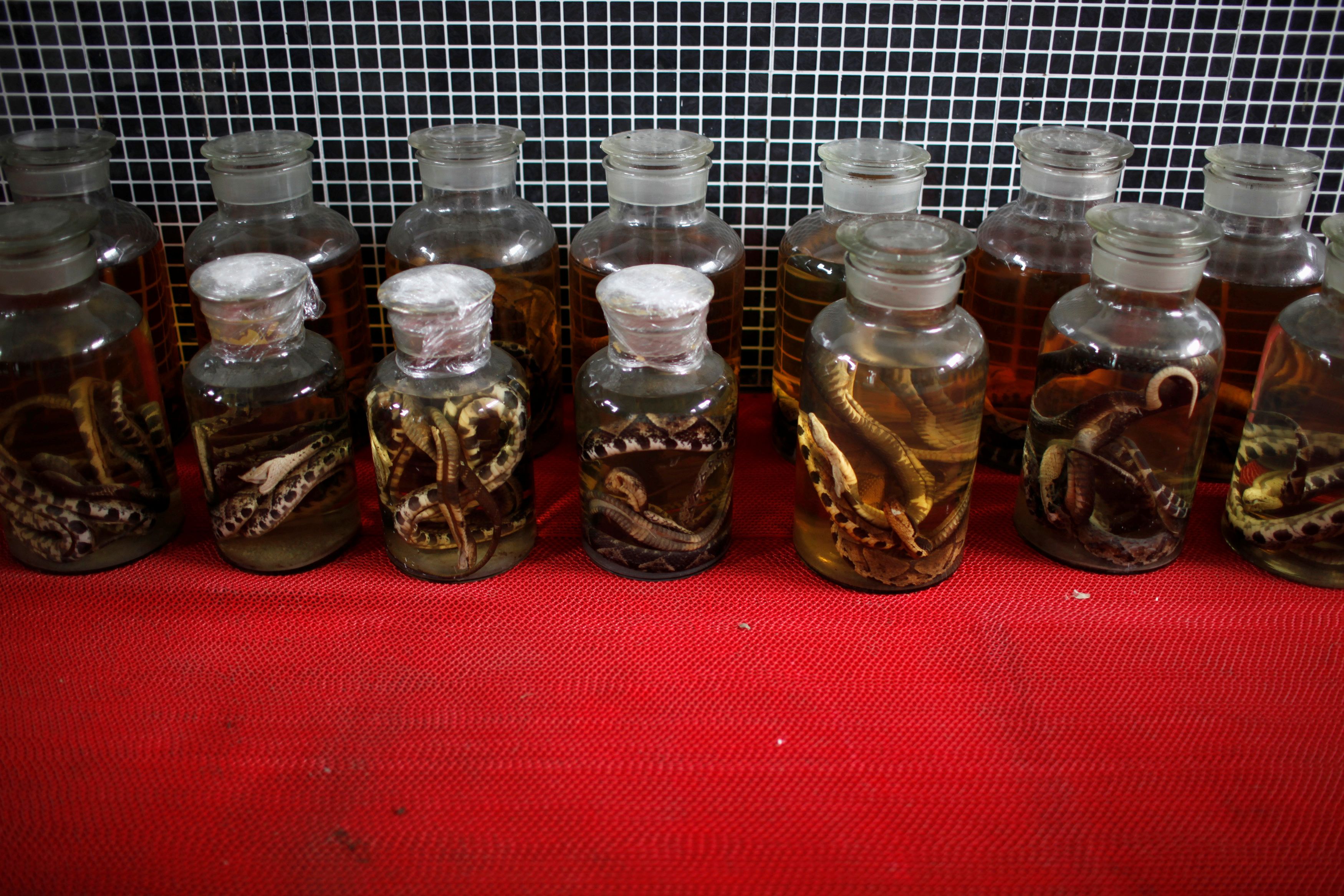 For four decades the village has been dependent on snake meat, and it even has a “snake culture” museum as a tourist attraction.

Families farm and breed snakes in pens to be sold as food or to be slaughtered for use in traditional medicine.

The pandemic could spell doom for Zisiqiao as the snake breeding season is supposed to get into full swing in April.

And yet still the once wriggling and writhing pens remain empty.

Zisiqiao – which is 120 miles from Shanghai – saw all its snake breeding permits canceled in January.

Residents are hopeful the bans will be lifted once the outbreak is over – with China now beginning to return to normality after more than 81,000 cases of Covid-19 and 3,333 deaths.

Communist Party officials in Zisiqiao however have said the ban is here to stay for the snake farmers.

Lu Jinliang, vice-chief of the local party, said: “At the end of the epidemic, it still won’t be permitted.

"They will have to switch professions, raise other species.”

China trades up to 9,000 tonnes of snake a year in its wildlife markets and for use in medicines.

Factory farming in places like snake village is believed to help transfer infectious diseases and parasites. 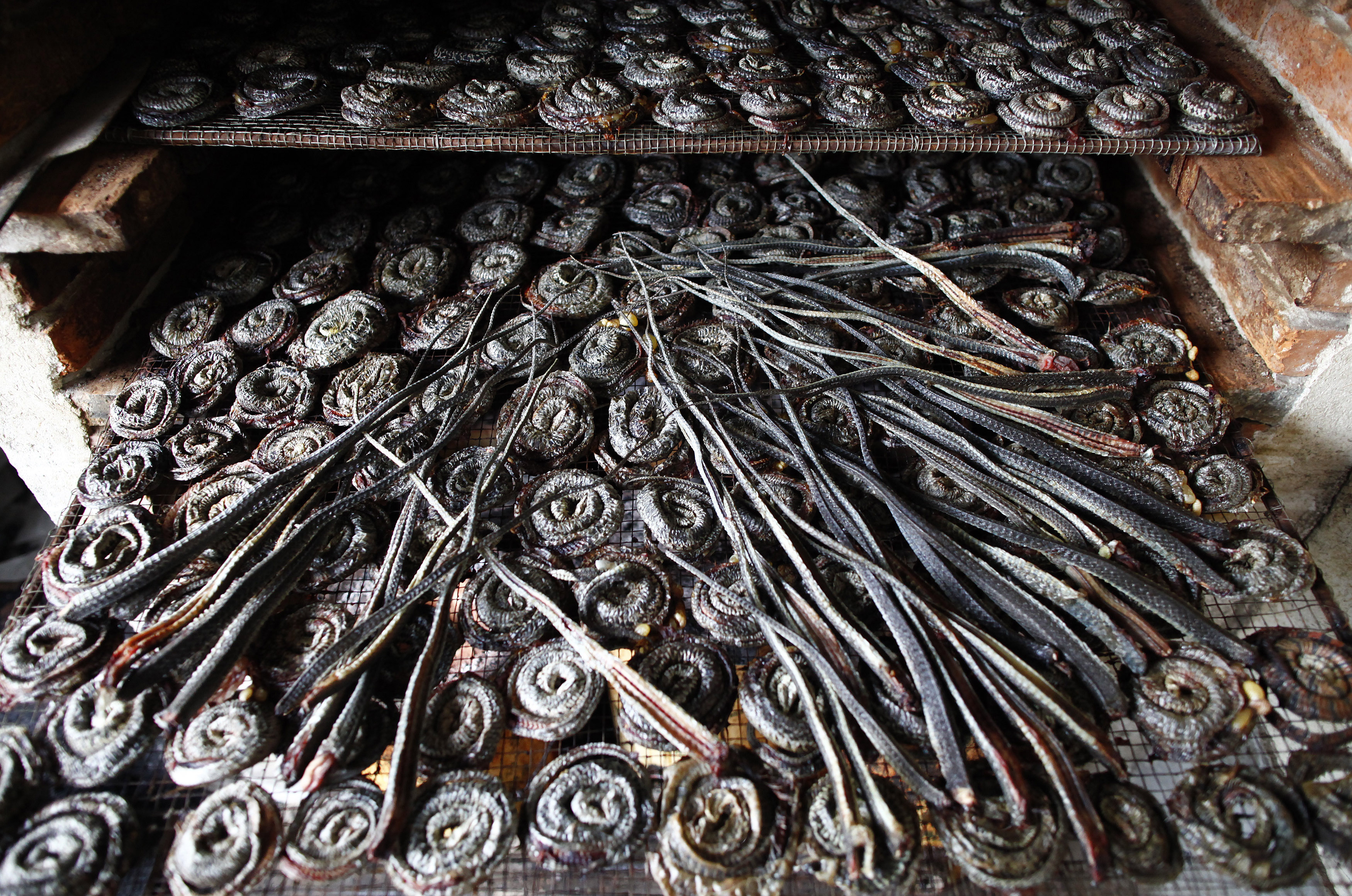 Snakes were even considered as a possible culprit for the coronavirus outbreak – possibly being the intermediary between bats and humans.

However, this has been disputed – including by scientists at Wuhan University.

Coronavirus originated in the city of Wuhan, and is believed to have come from the Huanan seafood market before infecting 1.4million people worldwide and killing more than 80,000.

Patrick Aust, research associate with the Department of Zoology at the University of Oxford, discounted snakes as a possible source of Covid-19.

He said: “The source is most likely mammalian, probably bats but other suspects too, including pangolins.” 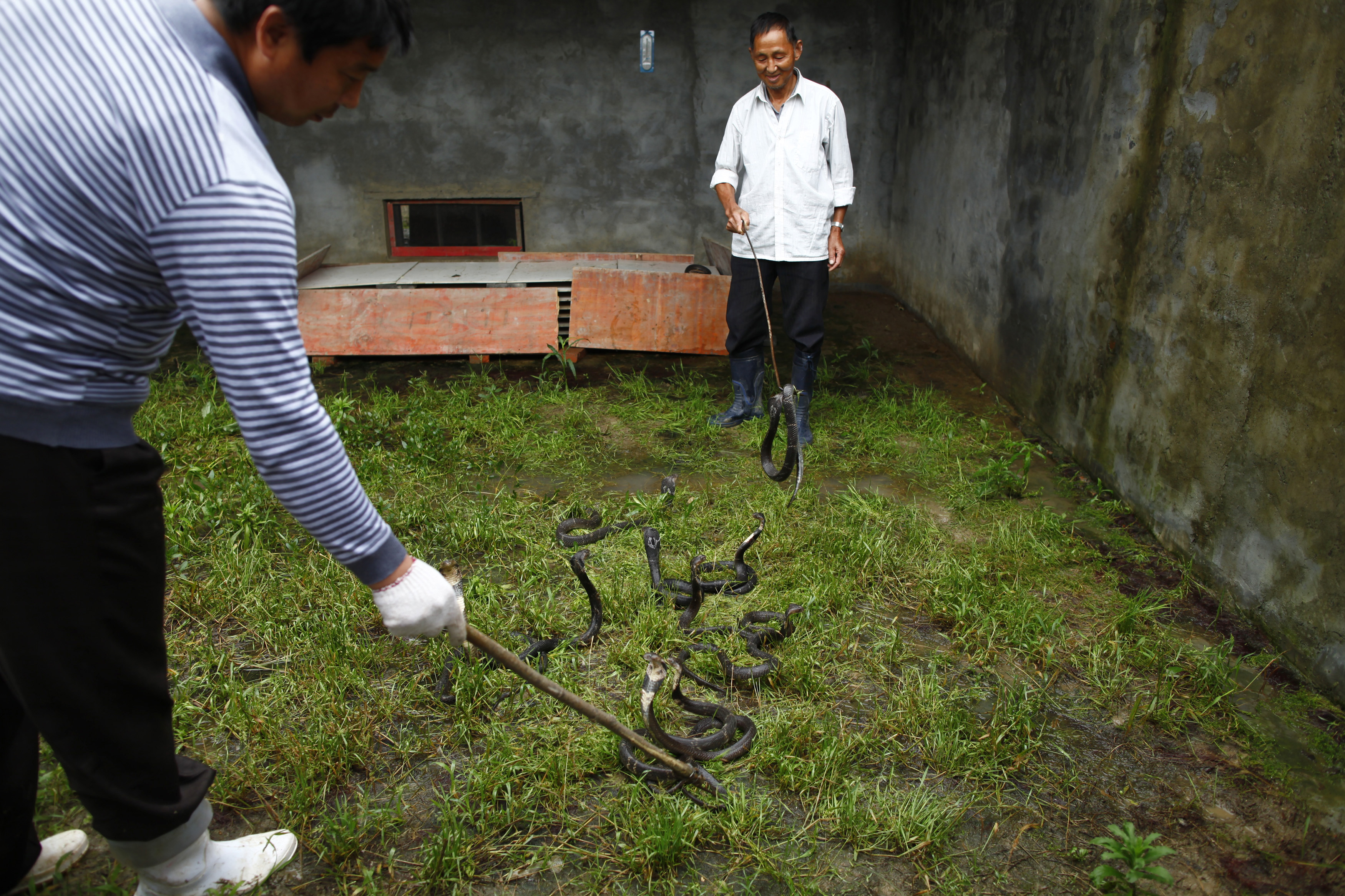 The collapse of snake village comes as the Chinese city of Shenzhen became the first to ban the eating of cats and dogs in a historic new law.

The law also barred the consumption of snakes – along with frogs and turtles.

Animal rights campaigners have hoped the “historic decision” may pave the way for a strict nationwide ban.

Fish and other aquatic animals are also permitted for consumption.

A city official said: “There are so many animal species in nature. In our country alone, there are more than 2,000 kinds of protected wild animal species.

“If the local authority is to produce a list of the wild animals that cannot be eaten, it will be too lengthy and cannot answer the question exactly what animals can be eaten.” 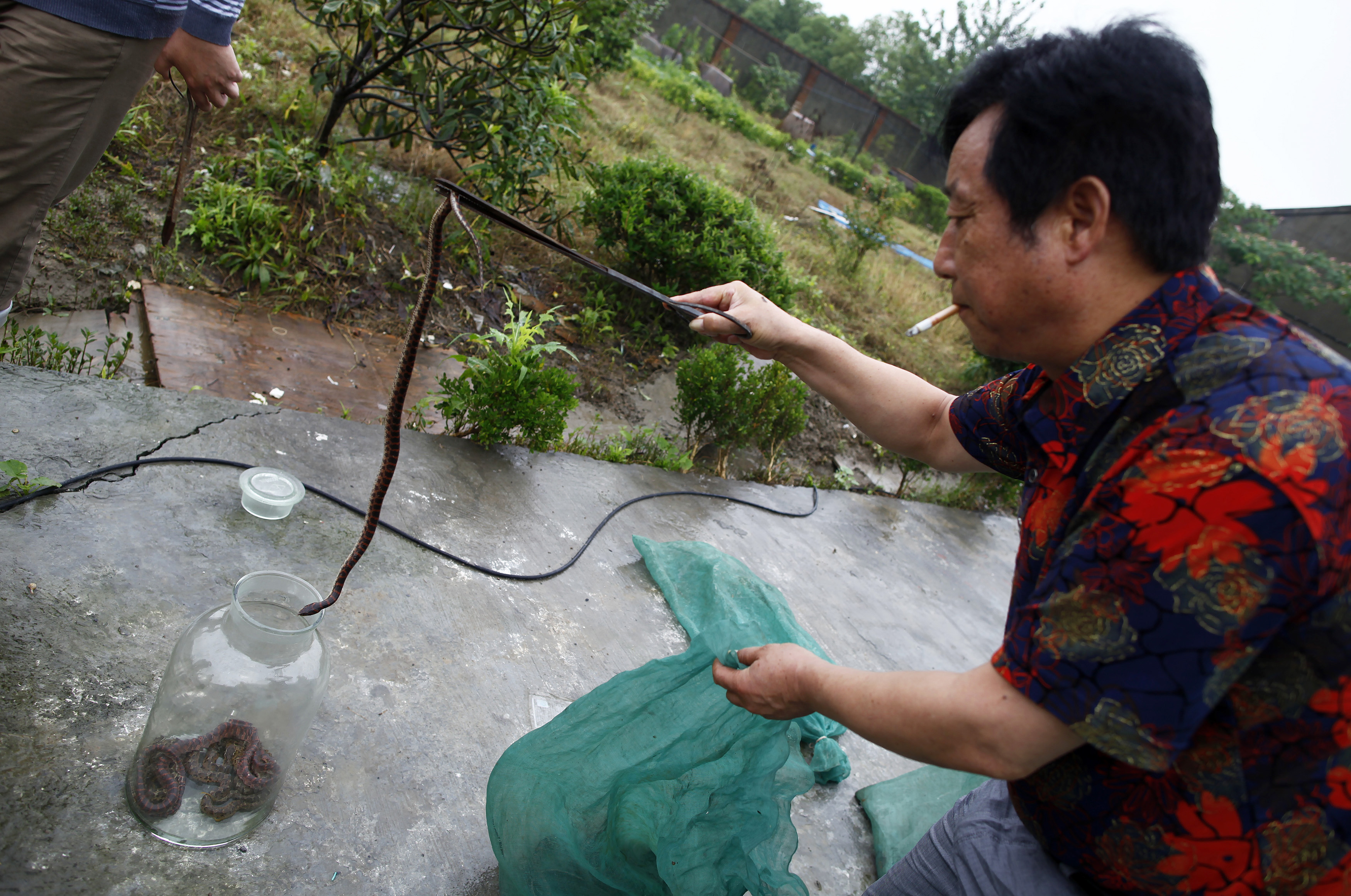 Calls have been raised for the wildlife markets themselves to be closed down to stop such a pandemic developing again.

Unknown viruses held in animals are given free reign to mutate and infect humans in these conditions.

Wet markets are known as such after the melting of ice used to preserve goods and the washing of floors to clean blood and entrails.

Animals are often seen alive and piled high in cages to be sold and slaughtered on site, with species mingling with each other – potentially passing around viruses.

The World Health Organisation (WHO) has been urged by hundreds of animal campaigners to ban the wet markets.

US senator Lindsey Graham said last week the trade must be completely shut down – announcing he is writing a letter on the matter to the World Health Organisation and Chinese ambassador.

He said: “What can China do to help the world? Shut those markets down.”

Mr Graham slammed the markets as “gross” and “disgusting” – saying they “transmit viruses from animals to human beings”. 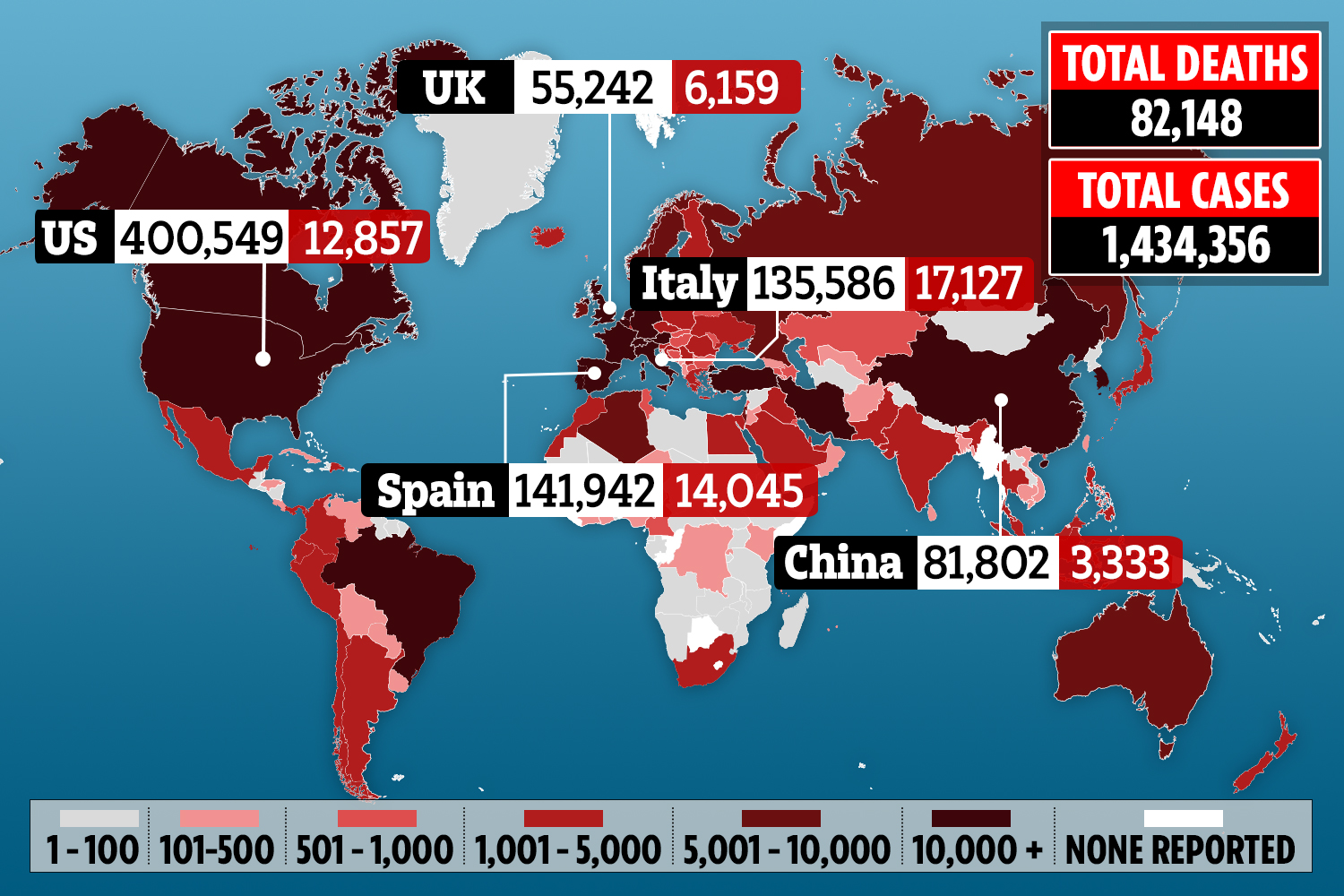 Give now to The Sun's NHS appeal

BRITAIN’s four million NHS staff are on the frontline in the battle against coronavirus.

But while they are helping save lives, who is there to help them?

The Sun has launched an appeal to raise £1MILLION for NHS workers.

The Who Cares Wins Appeal aims to get vital support to staff in their hour of need.

We have teamed up with NHS Charities Together in their urgent Covid-19 Appeal to ensure the money gets to exactly who needs it.

The Sun is donating £50,000 and we would like YOU to help us raise a million pounds, to help THEM.

No matter how little you can spare, please donate today here

China cracked down on the sale of exotic species after the 2002 SARS outbreak — which killed nearly 800 people — was linked to markets selling live animals.

The ban was later lifted and the animals reappeared for sale and consumption.

More than 200 conservation groups across the world have signed an open letter calling on WHO to take action over the wildlife trade.

HSI experts also warned Covid-19 is a tipping point that “governments globally must not ignore”.

In a white paper, they warned without action “the emergence of another coronavirus-based disease in the future is a practical certainty”.

It comes as labs in Wuhan are also being placed under scrutiny over possible links to the coronavirus outbreak.