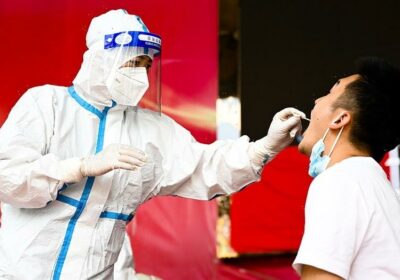 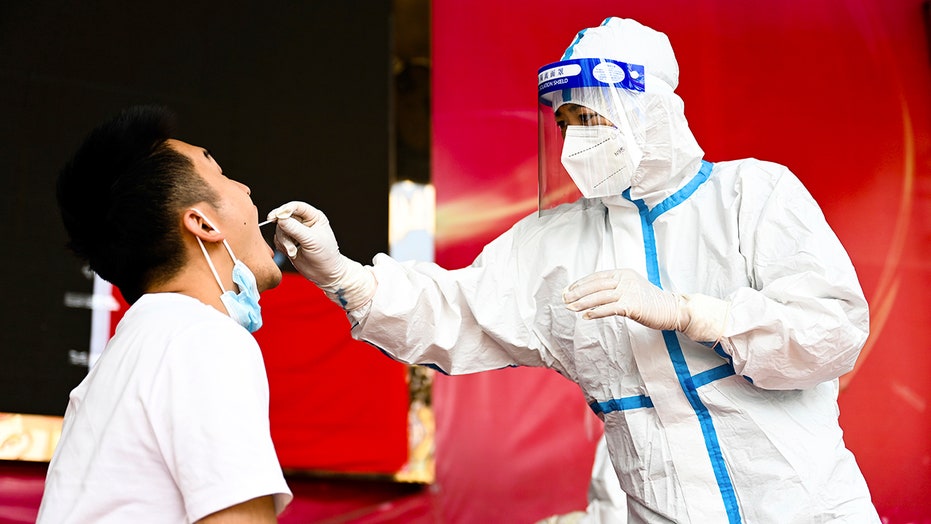 Chinese authorities locked down a city bordering Myanmar on Wednesday, shutting most businesses and requiring residents to stay at home as a fresh outbreak of COVID-19 expanded.

Another 15 cases were found in Ruili in the last 24 hours, on top of six in the previous two days, health authorities in southwestern Yunnan province said. In addition, two people without COVID-19 symptoms have also tested positive for the virus.

The lockdown shut down all businesses and public institutions except hospitals, pharmacies, and essential shops such as grocery stores, according to a notice posted online. It affects the urban part of Ruili, which like most Chinese cities includes surrounding rural areas in its jurisdiction. 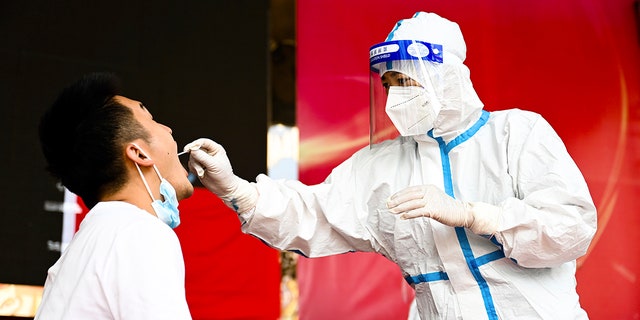 In this photo released by Xinhua News Agency, a medical worker collects a swab sample for nucleic acid test in Ruili City of southwest China’s Yunnan Province, on July 5, 2021. (Wang Guansen/Xinhua via AP)

Myanmar is battling a large outbreak with limited resources to contain it. The Southeast Asian nation reported 3,602 new cases in the last 24 hours, state media said Wednesday, its highest daily total since the pandemic began.

Ruili lies across a river from the city of Muse in Myanmar’s Shan state. Chinese anti-virus measures have dealt a blow to the active cross-border trade between the two countries, China’s state-owned Global Times newspaper reported earlier this week.

Authorities had already banned unnecessary travel in and out of Ruili on Monday after the first cases were reported.

All the cases have been reported in a Ruili community on the border called Jiegao, which has been designated a high-risk area. They include both Chinese and Myanmar nationals. The latest cases were discovered during mass testing, and authorities said they would step up border controls.

Elsewhere in China, 52 people who had arrived on a flight from Afghanistan five days ago tested positive for the virus, the Hubei provincial health commission said. Thirty have been classified as confirmed cases, while the other 22 did not show any COVID-19 symptoms. China does not include asymptomatic cases in its official tally.

China has regularly imported cases from travelers, but usually in smaller numbers. The July 2 Xiamen Air flight flew from Kabul to Wuhan, the city hit hard by the virus after it was first detected there in late 2019. Virtually all people arriving in China must quarantine for two weeks in a designated hotel.

Ruili launched a campaign to vaccinate the entire city in April following an outbreak in March.

China has relied on a tough lockdown strategy and mass testing to tamp down outbreaks, even as it has stepped up the pace of vaccinations. Central health officials have said they want to vaccinate 80% of the population.