China says Canada has violated her human rights by not allowing Meng proper medical care while in detainment. 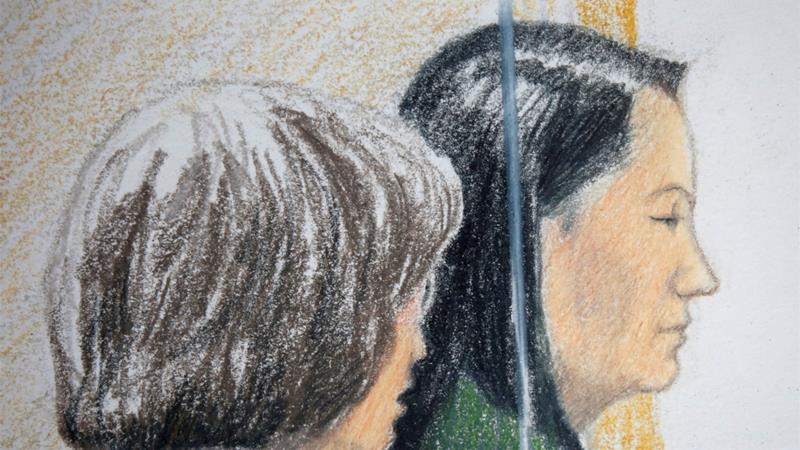 China has criticised Canada over its treatment of Huawei Chief Financial Officer (CFO) Meng Wanzhou, who was arrested in Canada last week.

The Chinese government said Canada has not allowed Meng proper medical care while in detainment and has called for her immediate release on medical grounds.

“We believe this is inhumane and violates her human rights,” China’s Foreign Ministry spokesperson Lu Kan said ahead of Monday’s bail hearing for Meng.

Meng has argued that she should be released on bail while awaiting an extradition hearing, citing fears for her health while jailed in Canada, claiming she is not a flight risk because she has several family members in Canada.

The senior Huawei executive said she was taken to a hospital for treatment for hypertension after being arrested. She cited hypertension as a factor in a bail application seeking her release pending an extradition hearing.

She also said she has long-standing ties to Vancouver dating back at least 15 years, as well as significant property holdings in the city.

The 46-year-old faces US accusations that she misled multinational banks about Huawei’s control of a company operating in Iran.

This deception put the banks at risk of violating Washington’s sanctions and incurring severe penalties, the court documents said.

The arrest has infuriated Beijing, which demanded Meng’s immediate release, and stoked tensions during the trade war truce between the US and China, the world’s two largest economies.

“Le Yucheng pointed out that the US side has seriously violated the legitimate rights and interests of Chinese citizens, and the nature of the violation is extremely bad,” the foreign ministry said in a statement.

“The Chinese side firmly opposes this and strongly urges the United States to attach great importance to China’s solemn and just position,” it said.

Companies are barred from using the US financial system to funnel goods and services to sanctioned entities such as Iran and North Korea.

In Canadian court documents released on Sunday, Huawei said its Iran operations were “in strict compliance with applicable laws, regulations and sanctions” of the United Nations, US and the European Union.

In a company presentation from 2013 that was released with the Canadian court documents, Huawei said it communicated with the US government agencies on a “day-to-day” basis to obtain what it called “professional guidance” on trade compliance.