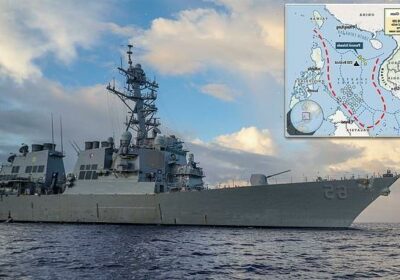 Beijing has branded Washington a ‘security risk’ and claimed its military had ‘driven away’ a US destroyer after it sailed near the disputed Paracel Islands in the South China Sea.

The United States regularly carries out what it calls Freedom of Navigation Operations in the South China Sea challenging what it says are restrictions on innocent passage imposed by China and other claimants.

China says it does not impede freedom of navigation or overflight, accusing the United States of deliberately provoking tensions. 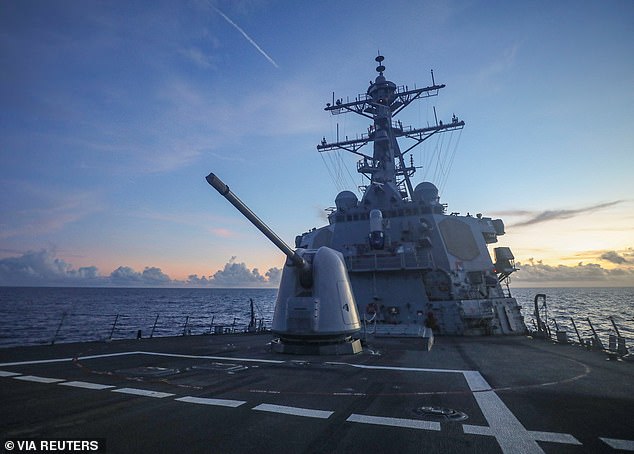 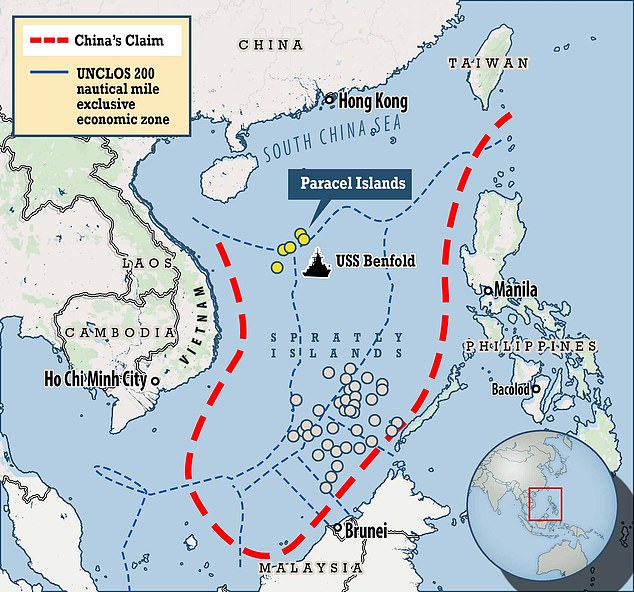 ‘The PLA’s Southern Theatre Command organised sea and air forces to follow, monitor, warn and drive away’ the ship, it added, showing pictures of the Benfold taken from the deck of the Chinese frigate the Xianning.

‘The facts once again show that the United States is nothing short of a ‘security risk maker in the South China Sea’ and a ‘destroyer of regional peace and stability.”

The U.S. Navy said the Chinese statement on the mission was ‘false’ and the latest in a long string of Chinese actions to ‘misrepresent lawful U.S. maritime operations and assert its excessive and illegitimate maritime claims at the expense of its Southeastern Asian neighbours in the South China Sea’.

The United States is defending every country’s right to fly, sail, and operate wherever international law allows, and nothing China ‘says otherwise will deter us’, it added.

China seized control of the Paracel Islands from the then-South Vietnamese government in 1974. 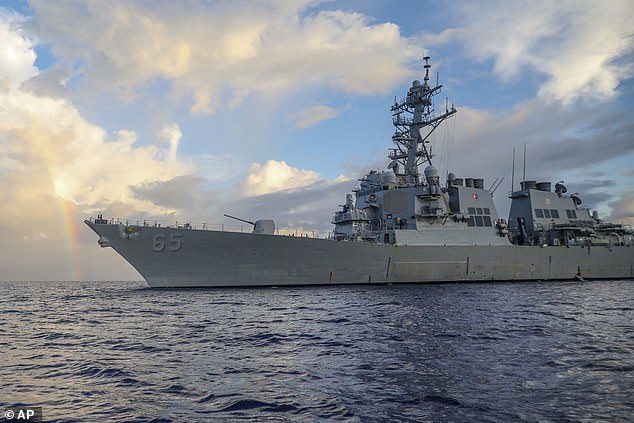 Monday marked the sixth anniversary of a ruling by an international tribunal that invalidated China’s sweeping claims to the South China Sea, a conduit for about $3 trillion worth of ship-borne trade each year.

China has never accepted the ruling.

China claims almost the entire South China Sea, through which passes around $5 trillion in global trade each year and which holds highly valuable fish stocks and undersea mineral resources.

China has built artificial islands on some of its South China Sea holdings, including airports, raising regional concerns about Beijing’s intentions.

Beijing has also alarmed the U.S., Australia and New Zealand with the signing of a mutual defense agreement with the Solomon Islands, under which it could receive Chinese troops in emergencies and possibly establish a permanent Chinese military presence.