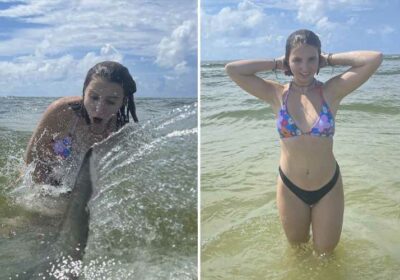 THIS is the dramatic moment a student fled the sea in terror as a SHARK photobombs her and grazes past her leg.

Bikini-clad Kristina Lowe was posing for Instagram pictures in the water of a Florida beach when she encountered the 4ft beast. 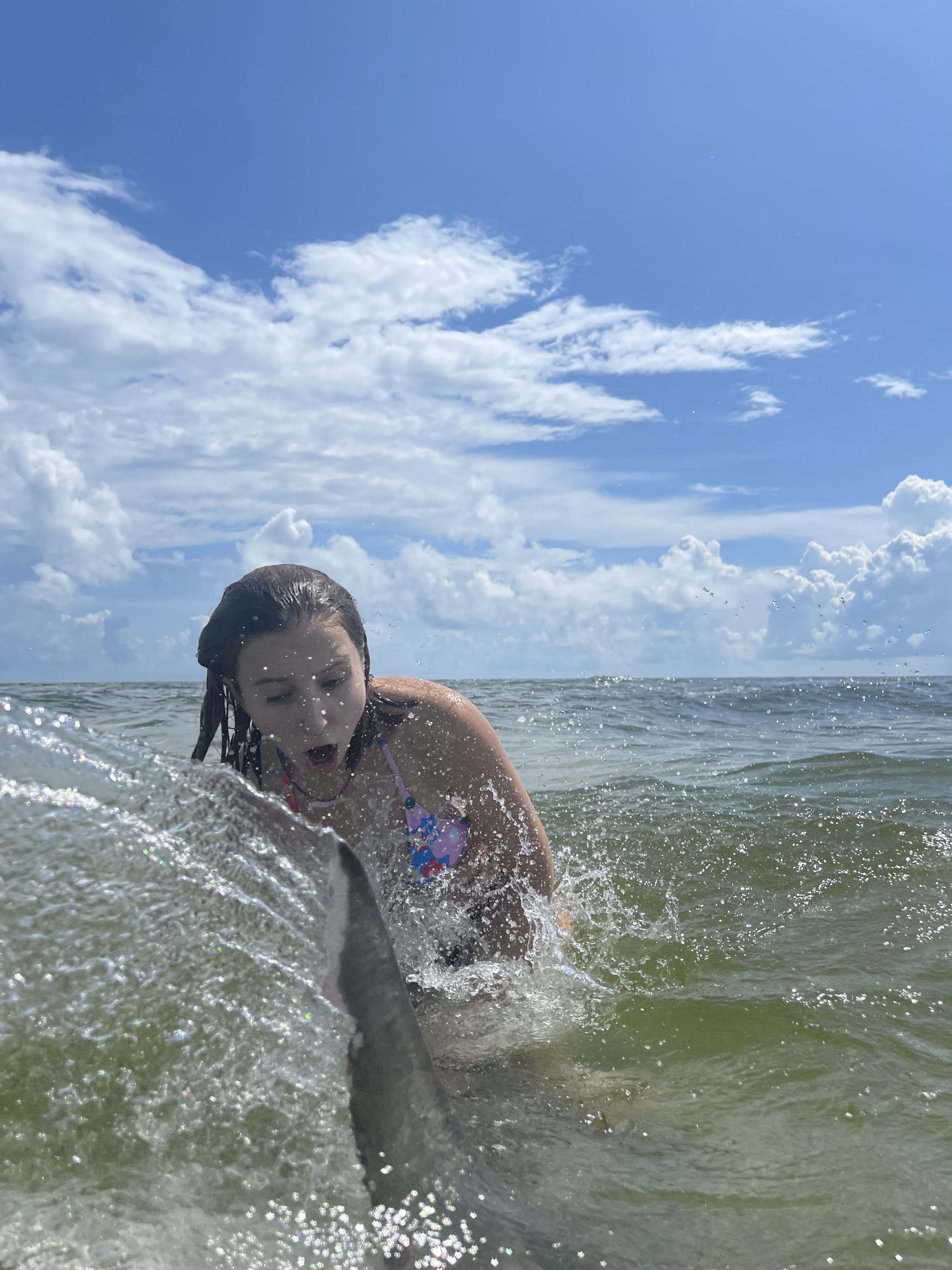 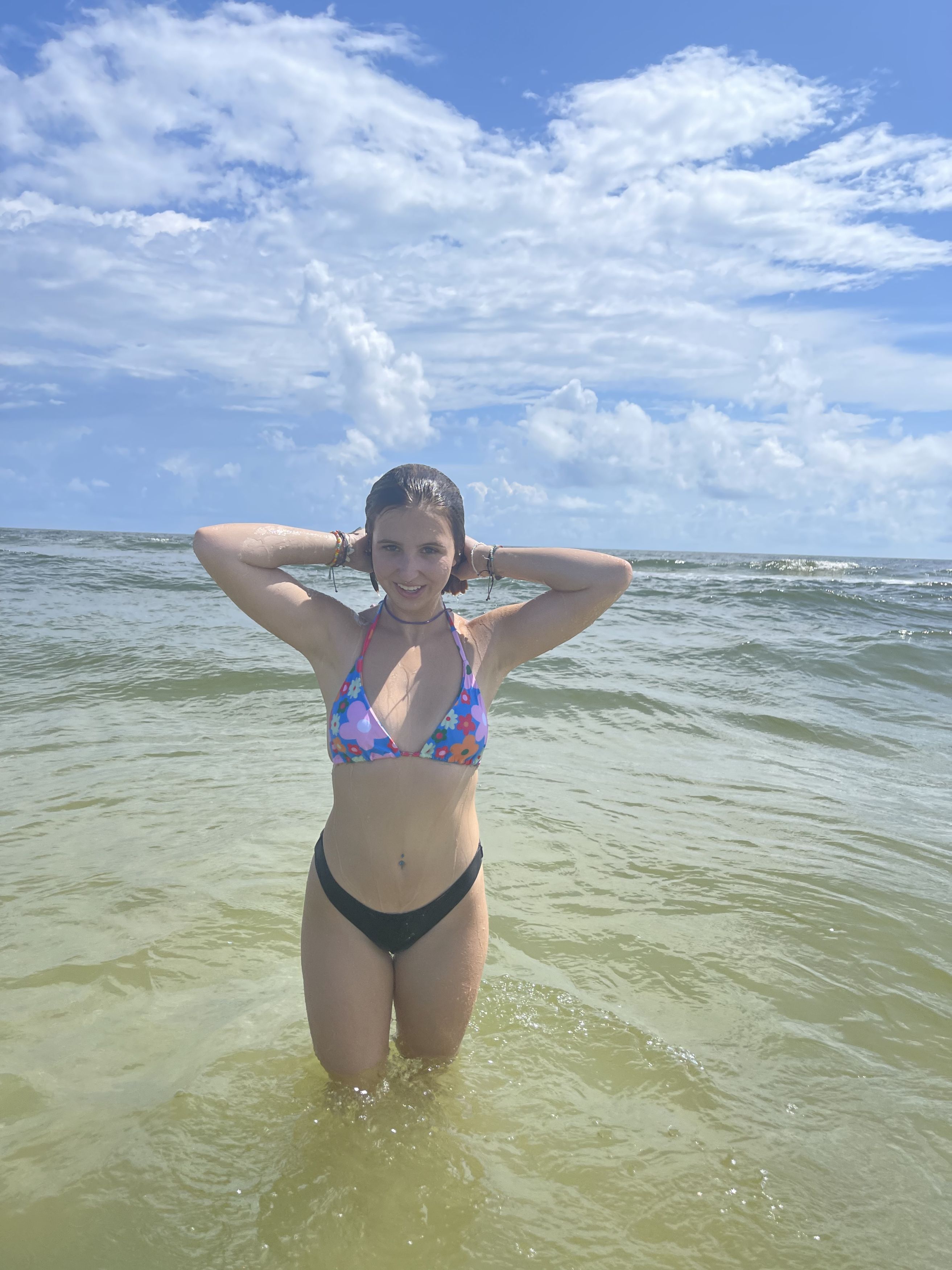 A hilarious snap shows the 18-year-old bent over wincing with her mouth stretched wide in horror as she screamed when the predator glided past.

The political science student was having a photoshoot in the water of New Smyrna Beach when she suddenly felt something "rough" brush up against her.

Knowing she was swimming in the "shark bite capital of the world", Kristina immediately started to bound towards the shore.

Her pal Annalea Burr, also 18, chased after her, and the pair made it back to land safely without serious injuries.

Kristina, from Florida, said: "It was so crazy. This was my first shark encounter.

"My friend was taking photos of me in the water because I wanted some pictures to post on Instagram.

"I felt something rub against my leg. I looked down and I saw what looked like a huge fish. I realized it was a shark then started running.

"As soon as I felt it graze against my leg, I thought 'oh my god, it's a shark'.

"That was my immediate thought. It's the shark bite capital of the world.

"Their skin is really rough and it brushed up against me, it scratched up my knee.

"The picture is my face just as I saw the shark's fin. I screamed when I felt it rub up against me."

When Kristina spotted the shark's sharp silver fin poking out of the ocean, she quickly dashed to the shore, prompting her friend to flee behind her.

"I knew there were sharks where I live but I've never seen them in the water with me," the teen added.

"I didn't even say anything to my friend but she saw I was running and she started running too.

The picture is my face just as I saw the shark's fin. I screamed when I felt it rub up against me.

"She didn't know what happened until afterwards. She looked back and saw it swimming in the water. She was just surprised, nobody else was around us.

"When I was running away, I thought something would grab me. It wasn't super big, it was about 4ft long.

"Whenever we have shark attacks, it's all just smaller sharks and never anything serious. It might bite a person but it's never fatal or serious.

"It's always smaller sharks but that's their home."

After posting the heart-stopping picture online, Kristina claims despite her close encounter she'll brave the waters again – as most attacks on the idyllic beach aren't fatal.

Kristina said: "I'll definitely go back in the water. I've lived here my entire life so it won't keep me away.

"I was in their home. I just didn't go back into the water that day, I took the day off.

"Everyone was worried for me because it was really scary, but I'm okay."