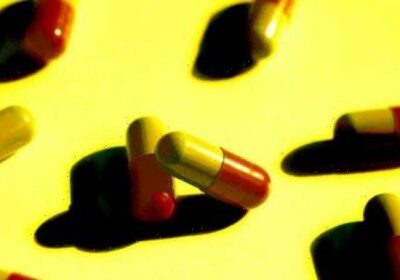 A nationwide shortage of common antibiotics is making patients sicker and could lead to preventable hospitalisations, warn pharmacists and doctors, who have had to resort to inferior alternatives.

Liquid antibiotics commonly used for children are particularly scarce, forcing compounding pharmacists to mix up customised medications as a replacement. 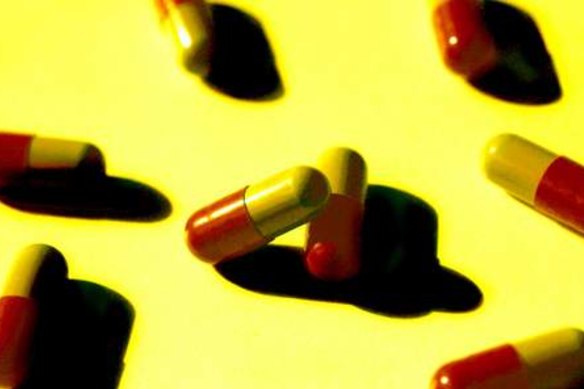 Shortages of 361 medications have been reported around the country, 45 of which are critical, which has renewed calls to bolster domestic medicine manufacturing.

As well as antibiotics used to treat pneumonia, strep throat and other infections, contrast dye for medical imaging, epilepsy medication and a drug used for palliative care of cancer patients are also in short supply or not available at all.

“It feels really astounding that we are in this situation,” said Sydney GP Hester Wilson, whose patients visited several pharmacies across the city to find antibiotics.

“It really brings home to me the fragility of our supply lines and that we should be considering manufacturing some of these medications back in Australia.”

Pharmacist Andrew Farmer, who owns the TerryWhite Chemmart in Melbourne’s east, said there was no penicillin available to treat strep throat, which commonly affects children. The product that they would usually prescribe instead, amoxicillin, was also unavailable.

“We are such a small slice of the world pharmaceutical industry pie, and we also don’t pay top dollar like the US, we’re not the first priority as far as getting stock into the country.”

The Therapeutic Goods Administration also attributed the shortage to an unexpected increase in demand for antibiotics and medications globally.

Victorian GP Bernard Shiu said the shortages of amoxicillin – which is commonly prescribed for children with ear infections, bronchitis and strep throat – had become so dire that he enlisted a local compounding pharmacy to make the drug onsite in liquid form so he had medication to prescribe to very unwell children.

“They are finding and sourcing the ingredients and they will mix up the exact dosage for us,” Shiu said. 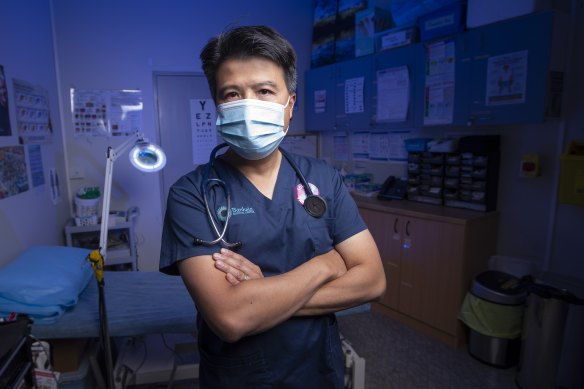 Victorian GP Bernard Shiu said the shortages of amoxicillin had become so dire that he had enlisted the help of a local compounding pharmacy to make the drug onsite in a liquid form.Credit:Wayne Taylor

“We are talking about a really common antibiotic not being available, which is quite disturbing.”

The supply shortages come at the same time as paediatricians report an unseasonable number of viral infections in children and an increase in a dangerous bacterial infection that recently killed two children and sent many more into intensive care.

Shiu said people were now having to fork out almost $45 for the customised medication, compared with $5.80 for amoxicillin.

The GP said he has also had to resort to prescribing “very strong” antibiotics such as Augmentin, which is usually reserved for patients that are sick enough to require hospitalisation.

“We are very much hoping that this is just for a short-term thing because there is a concern we could have patients developing antibiotic resistance to very, very good medications,” he said.

Other common antibiotics such as trimethoprim, cefalexin and metronidazole – used for a range of bacterial infections, including chest and skin infections – were also scarce.

Late last month, the TGA issued a “Serious Scarcity Substitution Instrument” for most oral amoxicillin medications, allowing pharmacists to provide alternative antibiotics until the end of May.

The drug regulator said a shortage that was mostly affecting paediatric prescriptions had been caused by “manufacturing issues at a major supplier leading to unexpected increases in demand for alternative suppliers”.

It also warned prescribers not to alter prescribing practice to second-line antibiotic treatments “without strong clinical indications for doing so”, as well as advising them to be aware patients could be offered a substitute product.

Australian Medical Association deputy national president Danielle McMullen said the doctors’ lobby group is pushing for liquid antibiotic medications to be reserved for children, elderly people and those who have difficulty swallowing.

In some cases for older children, pharmacists can open up capsules and mix medications together to make a suitable and safe alternative, McMullen said.

“Most of the time, you can find an alternative, but obviously, it can be very stressful for patients,” she said.

Wilson, the Sydney GP, said she saw two patients recently where metronidazole was impossible to find, but it was the only suitable treatment for the particular gut infections they had.

“Generally, they’re not usually not life-threatening infections, but is it is frustrating for everyone involved when we can’t get access to it,” she said.

From July, a new agreement will require manufacturers to hold a minimum of four or six months of stock in Australia for some medicines listed on the Pharmaceutical Benefits Scheme that are prone to shortages to help ease the country’s persistent pharmaceutical supply problems.

“While these measures will not prevent shortages that are outside of the control of Australian companies, they will help to ensure that Australian manufacturers are better placed to continue supply when global disruptions occur,” the PBS said in a statement.

McMullen said the shortage was a wake-up call for Australia and its heavy reliance on often shaky international supply chains.

“We need to start making sure that we’ve got our own adequate stockpiles and that we are looking closer at domestic manufacturers, so we are not so reliant on international supply chains,” she said.

Australia’s proposed Centre for Disease Control must also include plans to ensure local supply of essential medicines and healthcare equipment, she said.