Home » World News » Child rapist gets 50-year sentence; woman and children had walked in on attack

Child rapist gets 50-year sentence; woman and children had walked in on attack A Portland, Ore., man will spend the next half-century behind bars following his sentencing Friday in the decade-long sexual abuse of a young girl, according to reports.

Anthony Mariscal, 38, was convicted on all counts earlier this year in a crime that came to light only after a woman and other children walked into the room where he was molesting the child, authorities said.

The woman had walked in first, then the other children ran to her after they heard her scream, the Oregonian reported.

The abuse started when the girl was between ages 3 and 5 and lasted for as long as 10 years, authorities said. 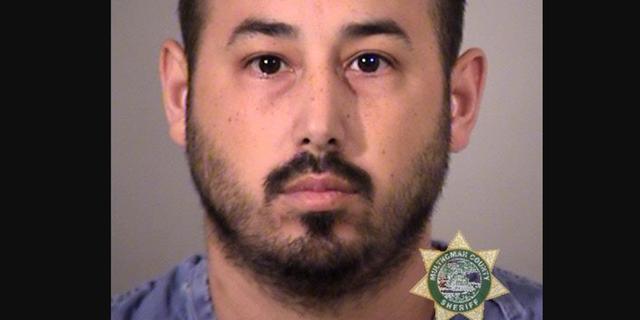 Anthony Mariscal, 38, was convicted on all counts earlier this year in connection with the sexual abuse of a child, authorities say. (Multnomah County Sheriff’s Office)

The girl was in the courtroom Friday as Mariscal learned his fate, the Oregonian reported. She thanked those who helped her, then spoke to her attacker.

“So you may cut my wings, but I still have my legs,” she said, according to the newspaper. “And I have my arms to crawl with … if you break my legs. Just know, I’m stronger than what you think. Because I can be happy now and I can smile.”

Multnomah County Circuit Judge Angel Lopez said he initially planned to sentence Mariscal to 100 years in prison, but decided on 50 because it meant Mariscal would be 86 years old when he’s freed, factoring in time already served.

“He will be released to a completely different world,” Lopez said, according to the newspaper. “And he will be bewildered and confused and vulnerable. That is also part of the sentence.”