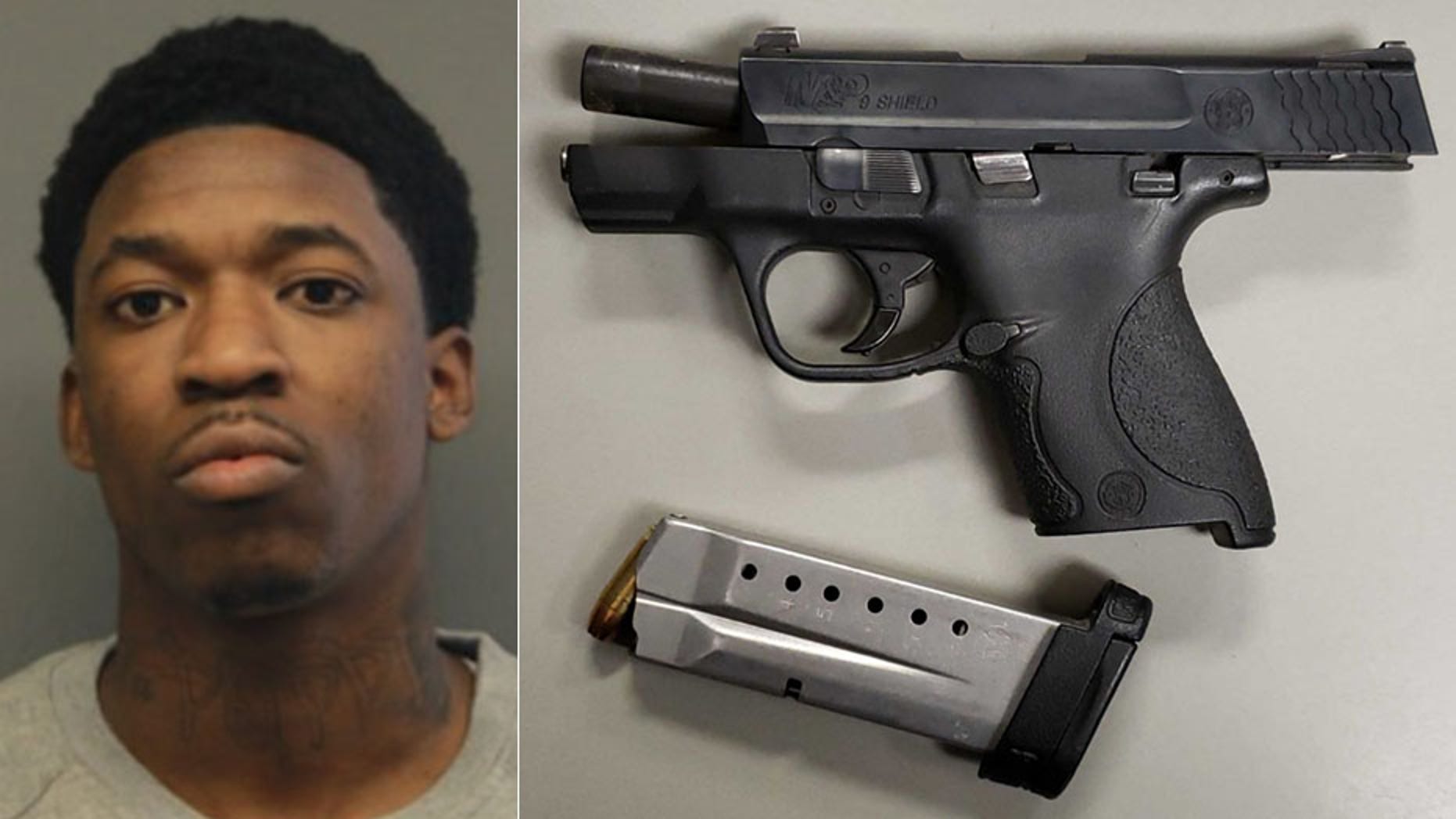 For a minute, all was well in Chicago.

But that short reprieve for the crime-ridden city was soon shattered, as police made their first arrest for gun-related crime just two minutes into 2019.

Darrell Rashawn Rhyme, 23, was taken into custody at 12:02 a.m. on New Year’s Day after trying to run away from officers during a traffic stop, according to police and media reports.

Rhyme, whom a police spokesman describes as an “armed habitual criminal,” reportedly ignored a request from officers to stay inside the vehicle. After tracking him down, police discovered he was carrying a gun and Rhyme has since been charged with possession of a stolen firearm, according to the Chicago Sun-Times.

His arrest came as news emerged that 2018 homicides in the Windy City — which has a reputation for being plagued by gun violence — fell by about 100 compared to 2017 totals. Chicago Police credited the hiring of more than 1,000 new officers and technological advances for helping reduce the homicide rate to 561 last year, down from 660 in 2017.