Kigali: Deputy Prime Minister Richard Marles has backed Prince Charles to remain head of the Commonwealth and said the heir to the throne was not referring to Australia when he said it was up to countries wanting to become republics to make that choice.

Wrapping up the Commonwealth summit in Rwanda’s capital, Kigali, Marles said the government was not focused on Australia severing ties with the monarchy, despite the appointment of Matt Thistlethwaite as the country’s first-ever minister for a republic. 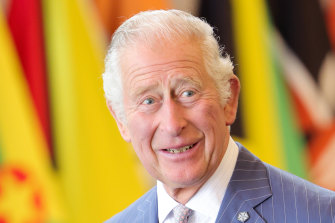 Prince Charles, Prince of Wales at the CHOGM opening ceremony in Kigali.Credit:Getty Images

“I want to emphasise that this is not the focus now,” Marles told The Sydney Morning Herald and The Age.

“I support a republic … the focus of our government in terms of foundational questions which we really do see as being critically important is implementing the Uluru statement to parliament.”

The Prince of Wales opened the Commonwealth Heads of Government (CHOGM) summit on Friday by saying the question of becoming a republic was up to countries to decide, while adding that it could and should be done calmly and without rancour. 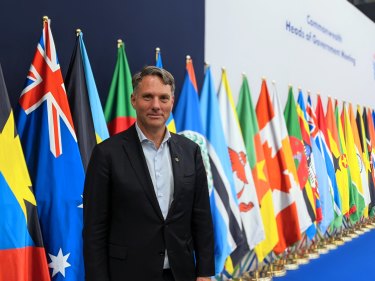 Deputy Prime Minister Richard Marles at the conclusion of the Commonwealth Heads of Government summit in Kigali on Saturday. Credit:Latika Bourke

But Marles said: “I don’t believe he was specifically referring to Australia.”

The republican push is most prominent within the Caribbean with Jamaica suggesting it is likely to be next in line to follow Barbados, which last year ditched the Queen as head of state.

There is also some support in the Caribbean for reparations to be paid over Britain’s colonial past, in which 3.1 million slaves were shipped by the British and sold to work on plantations. While the British ended the slave trade in 1807, it was not outlawed until 1834.

There has even been murmuring that it is outdated to have the British monarch as the titular head of the Commonwealth, which on Saturday admitted the former French colonies Togo and Gabon to its ranks.

Just 15 of the 56 member nations have the Queen as their head of state. But Marles said he thought it was right that the royal family continues as head of the organisation.

“I think they have played an important role for the Commonwealth, I think it is right that they continue,” he said.

“The sentiment that I picked up from other members of the Commonwealth was that there was gratitude for the role that the royal family has played in respect of its position with the Commonwealth.”

Marles said that even if Australia became a republic it would not affect its relationship with the Commonwealth.

Marles was representing Prime Minister Anthony Albanese at the summit and the junior foreign minister Pat Conroy represented Foreign Minister Penny Wong. It is the first time in more than a decade that an Australian prime minister has snubbed the forum.

But Marles denied it was any reflection of how the Labor government views the gathering.

“It’s been a very busy time since the formation of government, the prime minister has a number of meetings on this plate at a time when we’re obviously establishing government and I think those other countries completely understood the circumstances of that,” he said.

The next CHOGM summit will be held in Samoa in 2024.