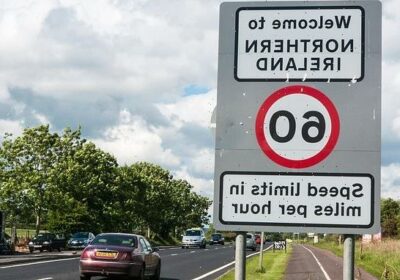 Catholics are predicted to be the biggest faith group in Northern Ireland for the first time when census results are released later this week.

The new data is expected to show Catholics outnumbering Protestants when results of 2021 census are published on Thursday.

Calls for a debate over Irish unification have already intensified this year after Sinn Fein won historic elections in Northern Ireland in May.

They became the first Irish nationalist party to become the largest at Stormont.

But, ahead of this week’s census results, non-sectarian parties have warned the debate over Irish unification should not be ‘based solely on demographics’.

The last census in 2011 showed Northern Ireland’s population to be 48 per cent Protestant and 45 per cent Catholic, while seven per cent said they belonged to another religion or none. 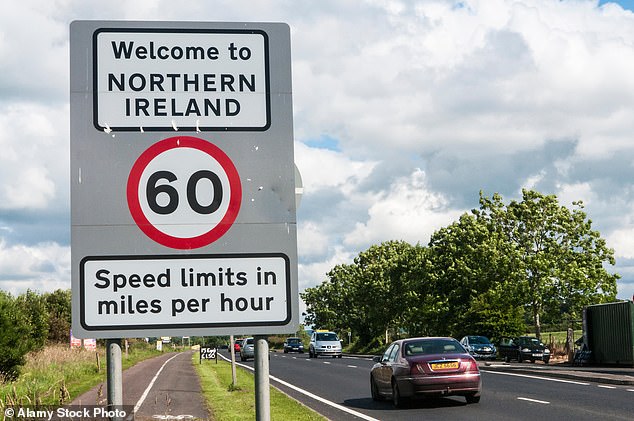 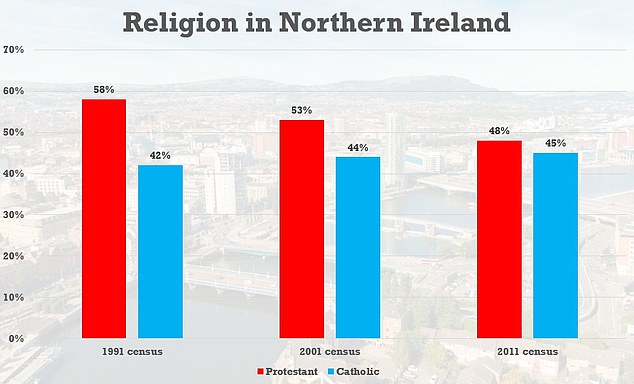 Calculations over the relative size of the Protestant and Catholic populations have historically been complicated by the fact many respondents declined to state any religious affiliation.

Immigration data will also alter statistics on religion, including the movement of people from majority-Catholic Poland to Northern Ireland in recent years.

Gerry Carroll, the member of the Northern Ireland Assembly for West Belfast, acknowledged that new census results showing Catholics to be the largest religious group would be ‘an important moment’.

But the politician, who represents the non-sectarian People Before Profit party, warned against thinking a debate over Irish unification would now ‘automatically’ be won by nationalists.

‘If the majority of people here are no longer Protestant it is obviously an important moment and one that will bring increased calls for the changing of the constitutional arrangement on the island,’ he told The Times.

‘But I think it would be a mistake to say that, based solely on demographics, the conversation around reunification can be automatically won, because not everybody who’s classed as a Catholic, or from a “nationalist” community would automatically vote for a united Ireland.’

The statistics from the 2021 census had been planned for release tomorrow, but this has been delayed until Thursday following the death of the Queen.

The data being release this week will include figures on ethnic group, national identity, language and religion.

Peter Sheridan, chief executive of the peace-building organisation Co-operation Ireland, said: ‘For the first time there is a substantial number of people in the middle, who, whatever day a border poll happens, will make decisions based on good health, good education and good job prospects.

‘The last 100 years required a Protestant majority to secure the union.

‘If the census is as it is expected to be, for it to be secured another 100 years a much wider majority will be required.’