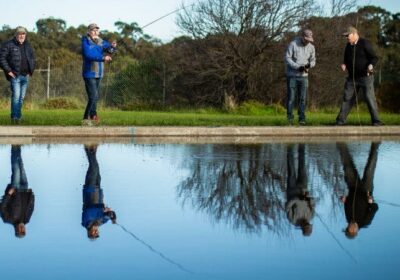 If you venture into the far-flung fields of Fairfield’s Yarra Bend Park on a weekend, you might come across a curious sight.

People are standing on the edge of a shallow concrete pool, but they’re not here to swim. They appear to be fishing, but there are no fish in the water. What is going on? 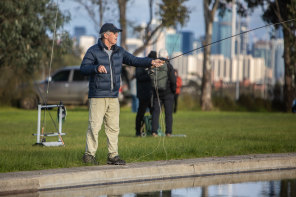 Welcome to the Red Tag Fly Fishers’ Club. This pool, in a paddock near the Eastern Freeway and the Yarra River, 5km north-east of Melbourne CBD is for practising the fine art of fly casting.

The club, which is turning 90, continues as it has for generations — members practise casting for distance and accuracy. They also practise fly tying – making artificial bait – and they fish in rivers and lakes across Victoria.

One change is that modern members are encouraged to ‘catch and release’ the fish, for the sake of sustainability.

President Barney Stephens said membership rose from 100 to 130 during the COVID-19 pandemic when talks and fly tying workshops were held online. 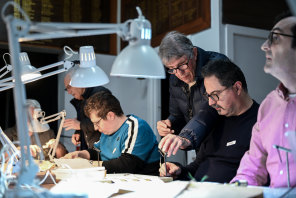 The club now hosts fly tying classes at East Ivanhoe Bowling Club, but later this year, Red Tag will have its own clubroom in a new sports pavilion near the Fairfield casting pool.

McCaughey advises new members such as Oliver Anderson, 8, and his father Keith, 53, that the secret to fly casting is “practice and more practice”. 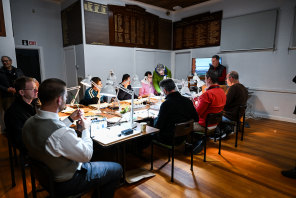 When McCaughey joined, veteran club members seemed to cast with the grace of ballet dancers.

Stephens said McCaughey is nicknamed “the Professor” for his fishing skills. 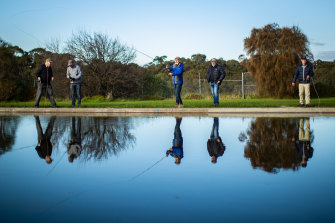 It’s been a wonderful social club for McCaughey, a retired electrician, who joined Red Tag soon after migrating from Belfast in 1961.

As a child, he enjoyed fishing with his father and uncle on Lough Melvin, a lake on the UK and Irish Republic border.

In Red Tag, McCaughey and his wife, Irene, and two children socialised and travelled with other young families to scenic spots such as the Buffalo River near Myrtleford, in north-eastern Victoria.

McCaughey had a stroke at age 55, but within six months, returned to Red Tag events in a wheelchair.

McCaughey taught himself to cast with his left arm because his right arm at the time was paralysed. 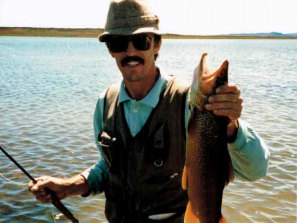 “I had to tie the rod to my hand, because I kept throwing it away!” he says.

After Irene died six years ago, going to the club kept him busy, “having friends and things to do”.

On Sunday morning, McCaughey was at the casting pool despite it being 7 degrees. 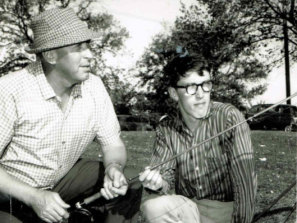 “It was fantastic,” he said. “I probably now go for the company. The younger ones, they go for the fish. I’ll still catch a fish too, but me and my friends in the club, we go to have a good time.” 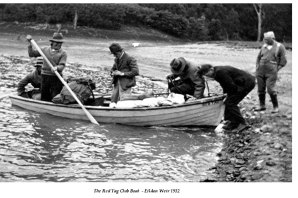 Red Tag members and their boat at Eildon Weir, Victoria, in 1932.

The club will hold a 90th birthday dinner at The Manningham Hotel in Bulleen on August 26.

Your essential guide to the best things to see and do in and around the city. Sign up to our Culture Fix newsletter here.