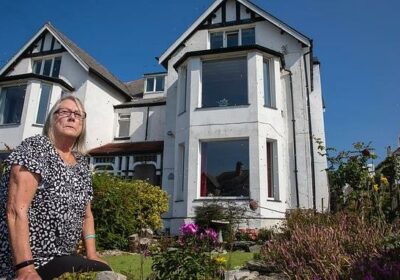 A care home boss was forced to bring in Covid-positive staff to care for dementia-hit patients suffering from the virus because the home was short-staffed.

Ann Bedford was left with nobody to care for those living at the Caledonia home in Holyhead, Anglesey, where 11 out of 12 of the residents were suffering from Covid-19.

Owner Ms Bedford said the 15-bed home, which specialises in dementia care, only made it through the weekend because two Covid-positive members of staff agreed to work.

The two staff members manned the night shift and cared for the residents who had also tested positive for the virus.

Ms Bedford was forced to take the desperate step after being told by Isle of Anglesey Council they didn’t have anybody available that they could send to help.

According to Ms Bedford, there was already a recruitment crisis in social care before the pandemic began, and now the problem has become even worse.

She said: ‘Even before Covid impacted on us, residential homes were struggling to recruit and now there is absolutely no spare capacity in the system, nowhere to turn. 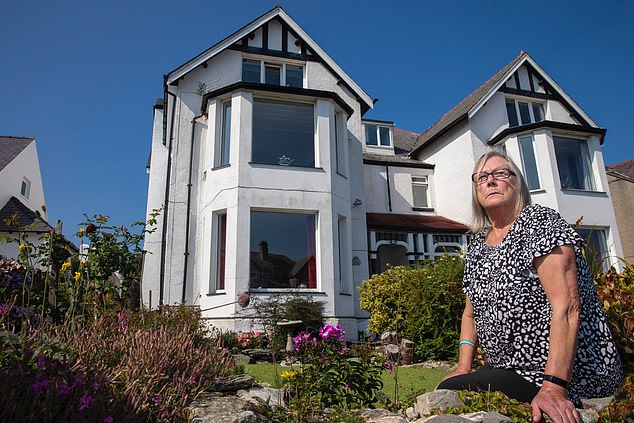 Ann Bedford (pictured) was left with nobody to care for those living at the Caledonia home in Holyhead, Anglesey, where 11 out of 12 of the residents were suffering from Covid-19

‘I have never known a situation as bad as we faced over the last weekend. As a matter of course we have contingency plans in place to cope in emergencies but even these buckled under the strain. My heart sinks when I think about for the weeks and months ahead.

Ms Bedford has run the Caledonia since 1987, but she said it has been increasingly difficult to recruit staff over the last decade.

The home normally has a core of between 13 and 15 staff, including a manager, two full-time senior carers, a rota of approximately 11 part-time care staff, two cooks and two cleaners.

But over the weekend, with so many of the team off sick or self-isolating, they were left with no night staff, only three daytime staff, no cleaners, and only one cook.

Ms Bedford explained: ‘We felt abandoned and alone. I called on social services for help but they were facing their own emergencies.

‘The shortage of carers on Anglesey is at dangerous levels and is being intensified by the pandemic.

‘I contacted one reputable care sector recruitment agency and their reaction when I asked for temporary staff was “You must be joking”. They were overwhelmed by pleas from desperate care home owners.’

The owner said she could not give enough praise to the two dedicated members of staff who volunteered to come in, despite having Covid themselves.

Ms Bedford said she felt ‘desperately sorry’ that they were in a position where the two members of staff had to come in, saying that the night shift is tough and tiring work.

She continued: ‘It really knocked them for six and both these staff are now suffering much more from the symptomatic effects of Covid.

‘I am so grateful to them but this is a situation which should not have been allowed to happen.’

All of the Caledonia care home residents have been double vaccinated, including the 11 residents who have contracted coronavirus.

Ms Bedford, who has tragically lost four close friends to Covid, said although the residents have symptoms and some are ‘very unwell’, they could have been a lot worse if they hadn’t been vaccinated.

She urged those in authority not to ‘forget’ that social care is a ‘vital support’ to the NHS and said these provisions will be needed ‘more than ever’ this winter.

The owner continued: ‘The pandemic has not gone away and we should not be deceiving ourselves that it has.

‘I know of several other care homes in Anglesey where residents are also positive. We have taken every precaution there is, but it has still managed to get in. 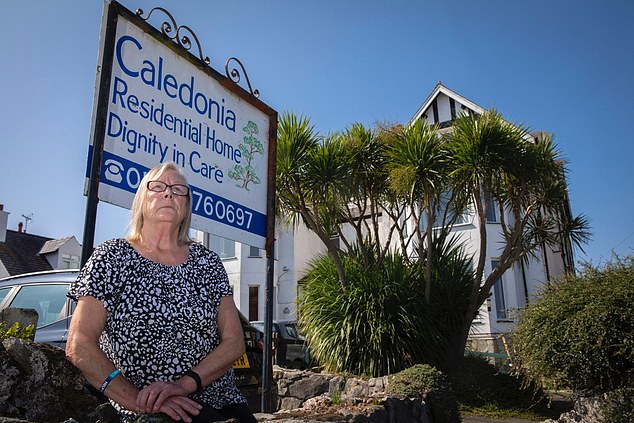 Owner Ms Bedford (pictured) said the 15-bed home, which specialises in dementia care, only made it through the weekend because two Covid-positive members of staff agreed to work

‘We have been through so much already I really don’t know how much more we can take.

‘I urge those in authority not to forget that if social care provision crumbles then so does the NHS.’

Caledonia home is currently under lockdown, meaning it is unable to accept any more residents and is closed to visitors until September 29.

She claimed authorities advised her to transfer staff from Plas Dyffryn care home to Caledonia, but she did not want to put any more staff at risk of contracting Covid.

She said: ‘It is also not feasible because we simply do not have enough care staff on our books to stretch that thinly, and the Caledonia is specialised for dementia care so staff here need to be trained in those highly-specific skills.

‘The sad truth is that we should not be in a position where such desperate measures are even on the table. We are in a more precarious state than ever before.’

Mario Kreft MBE, the chair of Care Forum Wales, said the care home was placed in an ‘impossible’ situation and described Ms Bedford and her team as ‘heroic’.

Mr Kreft said: ‘My heart goes out to Ann, the staff, the residents and their families for this terrible predicament which is not of their making.

‘Quite simply, the Caledonia was placed in a totally impossible position, and it really should not have come to this.

‘Ann and her team have been nothing short of heroic over these past 18 months and the Isle of Anglesey Council were not able to provide the support they required in their hour of need.

‘There has been a deepening recruitment crisis is social care for many years and the situation has been exacerbated by the pandemic.

‘The situation in which the Caledonia finds itself is sadly far from unique. Care homes and domiciliary care companies are having an absolute nightmare in terms of staffing and it is only a matter of time before one or more of them has to close.

‘The Welsh Government will be receiving hundreds of millions of pounds from the UK Government as a result of the increase in National Insurance and it is imperative that money is used wisely to address the chronic underfunding that is the root cause of low pay in the sector.

‘Social care is now at a crossroads and it is vitally important that the Welsh Government plot the correct path to ensure these major issues are addressed as a matter of urgency.’

MailOnline has contacted Isle of Anglesey Council for comment.