REVELLERS braved the rain as they flocked to bars in Cardiff last night.

Bars, restaurants and pubs reopened their doors as Wales' 17-day "firebreak" period, imposed on October 23, came to an end yesterday. 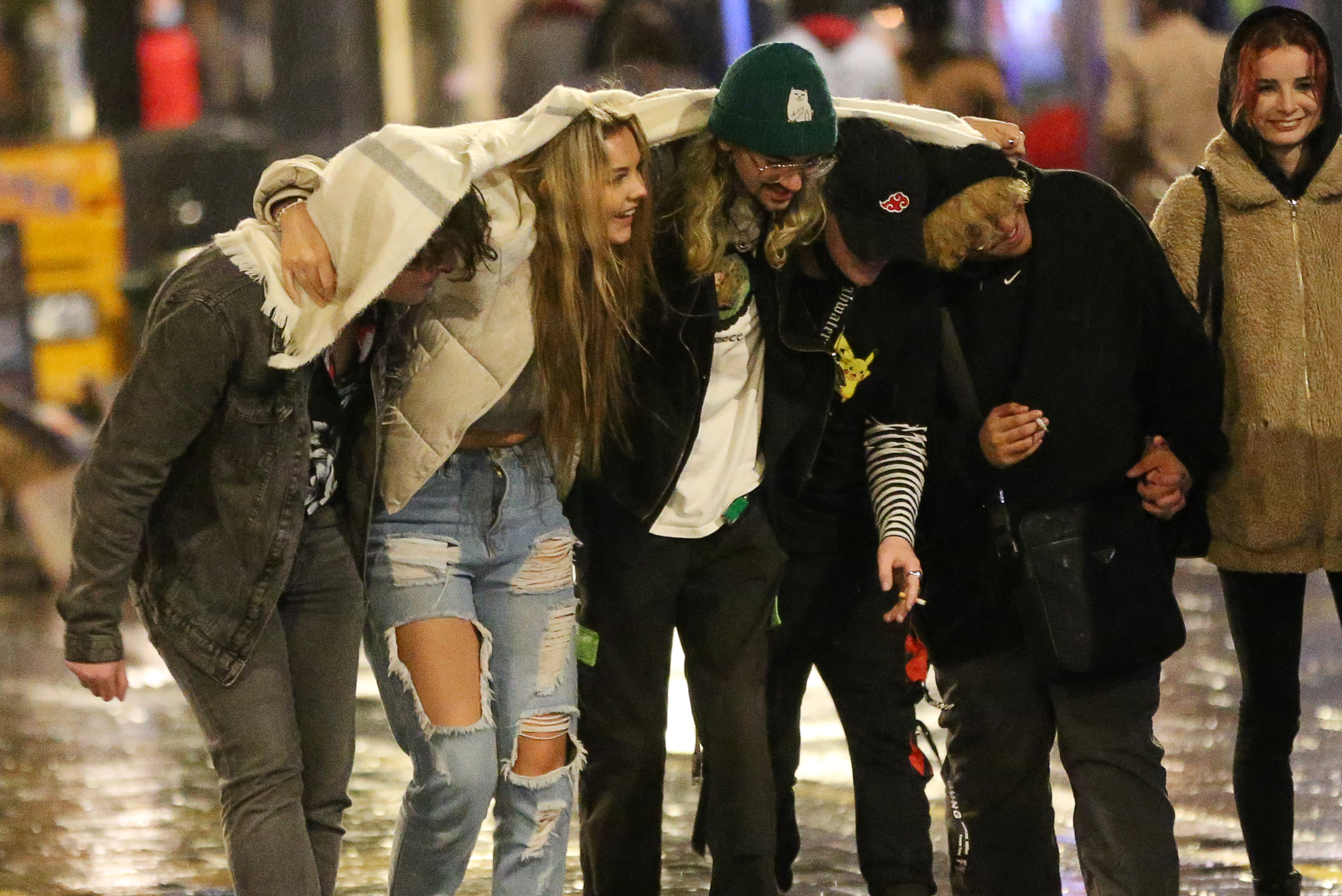 Covid-19 cases have since fallen in almost every part of Wales, with the biggest dips seen in Merthyr Tydfil, Neath Port Talbot, and Tofaen.

But, it remains unclear whether this was due to the "firebreak" lockdown.

To mark the end of lockdown, revellers braved the elements and enjoyed a night out in the Welsh capital as they reunited with friends.

People were clearly in a celebratory mood as some were spotted wearing party hats.

Others sat outside bars and restaurants as they reopened their doors for the first time in two weeks.

A 10pm alcohol curfew remains in place but that didn't stop youngsters in Cardiff enjoying their newly-found "freedom".

Drinkers are subject to strict new regulations as only four adults from single households are allowed to sit together both indoors and outdoors.

The Welsh government has also asked punters to book tables for a limited time only, and they've advised drinkers to spend no longer than two hours in the pub.

Boozers are also discouraged from visiting multiple venues, and all customers must remain seated.

One pub in Wrexham vowed to check every customer's ID to make sure that they were supposed to be in Wales amid fears that English drinkers may sneak across to nearby border towns, Mail Online reports.

As part of the lifting of restrictions, non-essential retail, hairdressers, gyms and places of worship have reopened.

But a work-from-home order remains in place and travel outside Wales remains discouraged.

First Minister Mark Drakeford thanked Welsh citizens for their “hard work and sacrifices” during the firebreak – but still warned people to obey guidance on only making "essential" journeys.

He welcomed the lifting of restrictions but urged people to be "vigilant".

Wales’ chief medical officer Dr Frank Atherton said there were some “early signs of stability” following the lockdown, and that cases were “levelling off” in hard-hit parts of the country.

Data from The Office of National Statistics suggests that Covid-19 infections are “stabilising” in Wales and across the UK.

But Health Minister Vaughan Gething warned the “sustained reduction” of coronavirus cases would not be seen until after the firebreaker period. 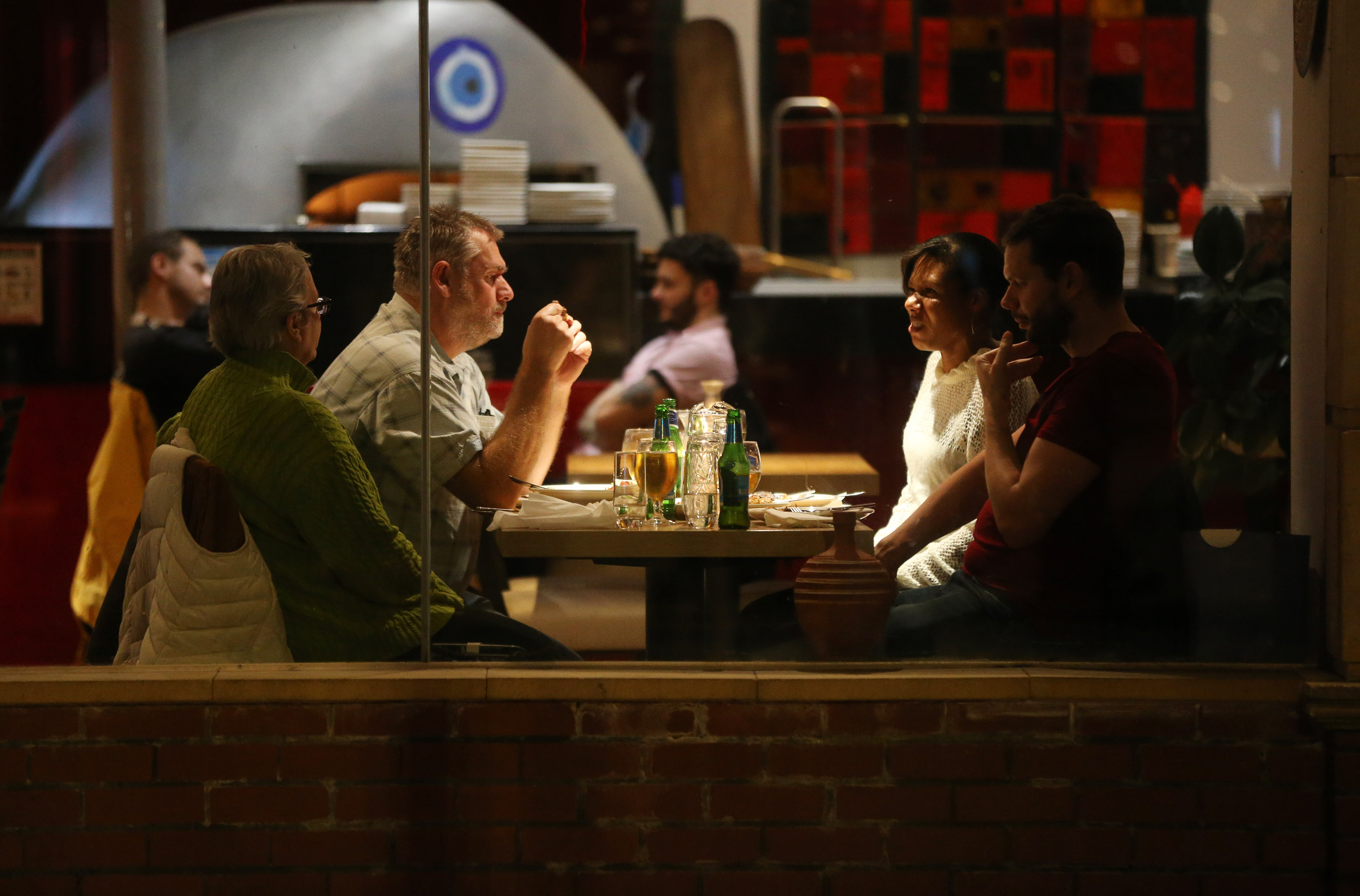 The BBC reports that the positivity rate – the ratio of tests which return a positive result – has also stopped rising during the lockdown.

The downward trend across most of Wales suggests the recent surge in cases might have peaked.

The three local authority areas which have recorded a rise in Covid-19 infections are Bridgend, Ceredigion and Vale of Glamorgan.

The slight relaxation of restrictions in Wales comes as England is under a month-long shutdown.

The country entered lockdown on November 5 and restrictions are due to be lifted on December 2.

The PM is said to have reluctantly signed off the second lockdown only after being told that second wave deaths could reach 4,000 a day – four times the number dying every day during the peak of the first wave.

Foreign Secretary Dominic Raab said the government was hoping to return to the three-tiered local lockdown system which was in place before national restrictions were introduced.

Greater Manchester, the Liverpool City Region, Lancashire, were all placed under Tier 3 restrictions prior to the national shutdown – meaning pubs and bars were forced to shut if they did not serve a "substantial" meal.

Londoners, who were under living under Tier 2 restrictions, could not meet their friends in the pub for a pint as there was a ban on different households mixing indoors. 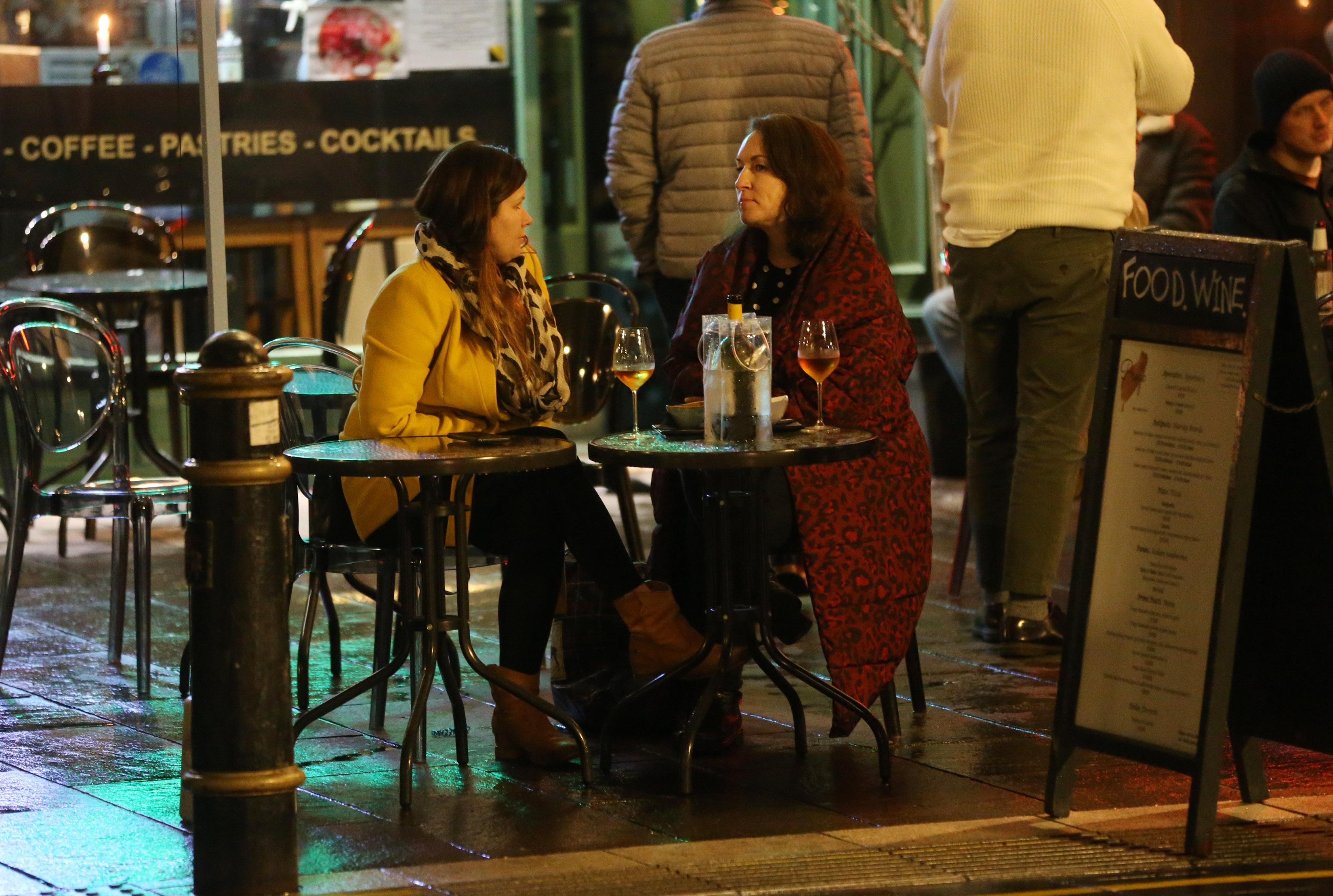