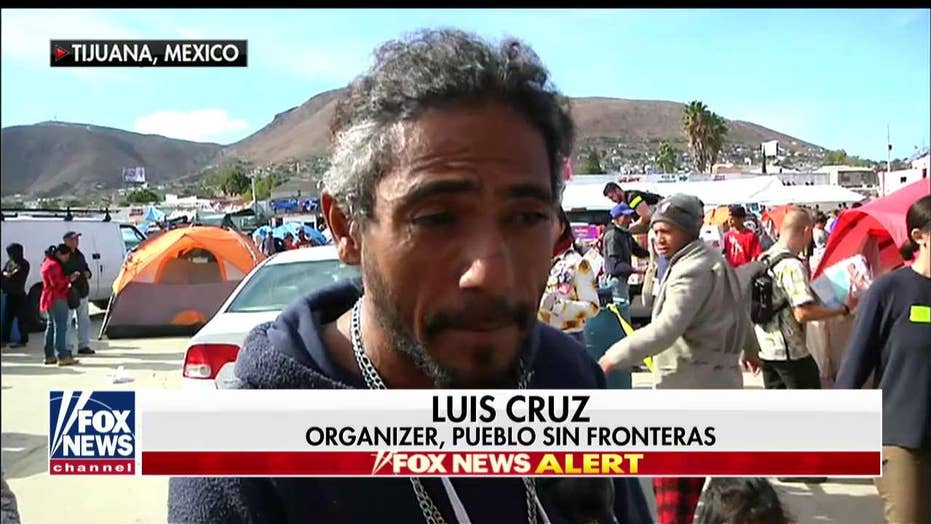 Caravan Organizer’s Message for Trump: ‘Let These People In, Let Them Try’

“Fumele banda, (who wants a smoke?)” barks a cheerful migrant selling cigarettes. Another walks around selling slices of pizza for 15 pesos.

Conditions here in the new migrant shelter 10 miles south of the border are far better than the original sports complex that flooded with the rain.

There’s more space, a concrete flooring and it feels every bit like an outdoor concert venue converted.

But there’s an alarming and obvious detail – only about half of the migrants made the trek to the new shelter.

Officials say that about 3,000 of the original 6000 are here – meaning nearly half of the caravan may be unaccounted for and roaming the streets of Tijuana.

And depending on which officials you ask, like immigration, municipal authorities or police, it is clear that they are not entirely sure how many are actually here.

During the weekend, Mexican authorities shut down the crowded sports complex, citing “bad unsanitary conditions” that made the place rife with infections and lice.

Meanwhile, as a delegation from Mexico’s new President Lopez Obrador traveled to Washington to meet with Secretary of State Mike Pompeo, fears of another rush of the border by migrants seemed to have subsided.

“These people already learned their lesson. Now they know that they can’t just get into the United States by forcing the gates open,” said Luis Cruz, an organizer with Pueblo Sin Fronteras. “They have to do it legally.”

Cruz had a message for President Trump to speed asylum applications: “Let these people in! Let them try because most of these people are not bad.”

But in light of recent arrests at the border of an alleged MS-13 gang member traveling among the migrants, Cruz admits he does not know if there are any more.