Captive woman saved by locksmith after writing 911 on her hand A Utah woman being held captive by her ex-boyfriend has been saved after she wrote ‘911’ on the palm of her hand and showed it to a locksmith who she had hired.

The woman’s ex-boyfriend had entered her home in Midway on Thursday using a key, before assaulting her and threatening to burn the house down.

He was refusing to let her leave or use her phone when she made the desperate plea for help to the locksmith, who she had already hired to arrive Friday, as she had feared her ex would enter her home.

The locksmith, identified only as Greg, told KTSU that he noticed something was strange when he entered the house as the man was ‘shadowing’ the woman and would not give her any space. 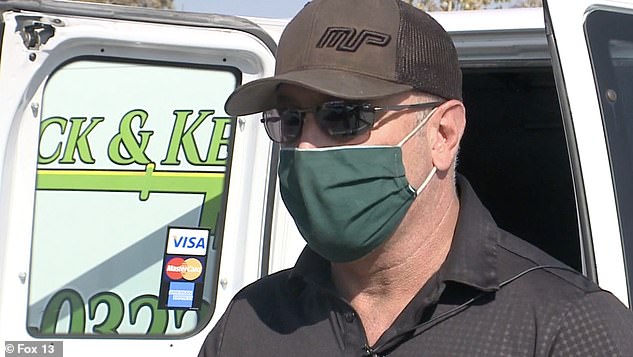 A Utah woman was saved from a kidnapping attempt in her own home Friday after writing ‘911’ on her palm and showing it to a locksmith, pictured, identified only as Greg 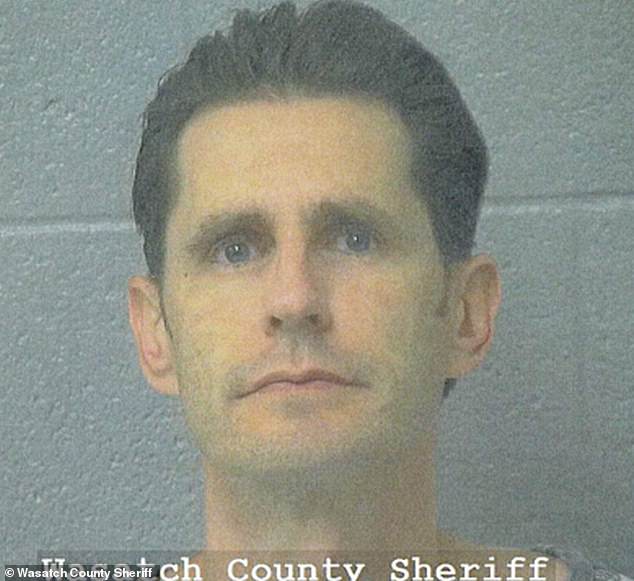 The woman was being held captive by her ex-boyfriend Grant Nielsen Eggertsen, 45, (pictured) who was arrested and charged with kidnapping, trespassing and assault

‘There was a gentleman that was kind of hovering over her, wouldn’t get really more than a foot away from her,’ he said.

Greg continued with the job and went out to his van to make new keys for her front door.

When he went back inside, Greg said the woman began discussing different forms of payment, and it was at this point that she sent the locksmith a secret message she had written on her hand.

‘She’s sitting there talking to me about what types of payment I take and everything, and she’s kind of turning, she’s at a little bit of a different angle and she’s holding up her hand with her palm open, and she has “911” written on her hand,’ Greg said.

‘So obviously, that drew some attention from me. But I was wearing a mask, so I couldn’t mouth anything to her or anything.’

The woman then needed to ask the man for her phone so she could pay Greg via Venmo, which was again unusual.

‘That kind of was another little red flag,’ Greg said. ‘She’s showing me the “911” again, kind of making sure that I saw it. And I made eye contact with her, to basically let her know that yeah, I saw it.’

Greg said that he called a friend in the FBI after he left and then called the cops to report what had happened.

Officers from Wasatch County Sheriff’s Office responding to the scene said that the woman immediately ran out of the house when they came to the door.

The woman ‘stated that he was downstairs in the house’, the police affidavit says. 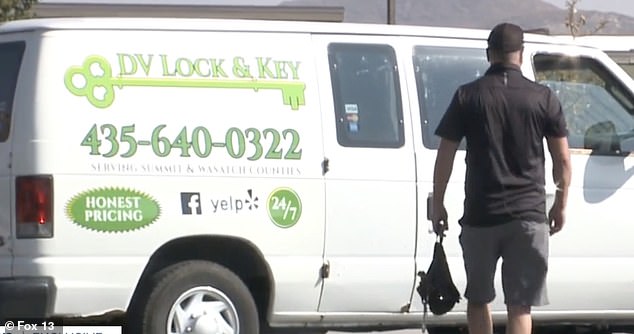 Greg said that he noticed that the situation was unusual from the off but continued with the job, heading to his van to make a new key. When he returned to the woman’s home, they began discussing payment methods and she showed him ‘911’ written on her hand 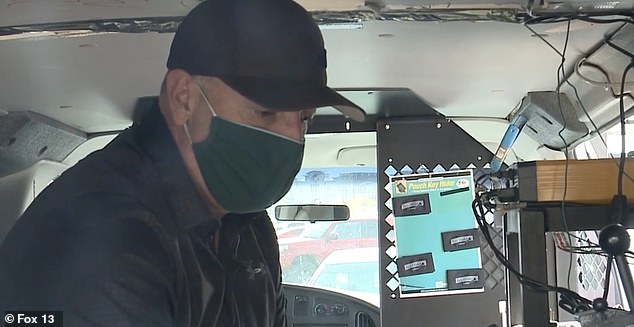 They arrested Grant Nielsen Eggertsen, 45, who has a criminal history of stalking women.

Eggertsen allegedly entered the home on October 1, took the woman’s phone and refused to let her leave.

‘She asked him to leave multiple times and he would not leave and he was holding her in her room against her will,’ states the affidavit.

The woman had sent emails to two undisclosed people asking for help which were viewed by police.

‘I also observed the victim’s hand and 911 written on her hand,’ an officer said. 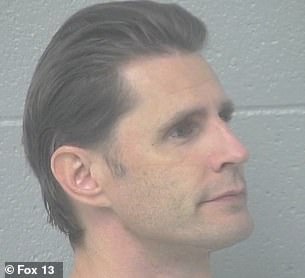 Greg Nielsen Eggertsen, 45, was previously convicted of attempted stalking in 2014

Cops say Eggertson had previously dated the woman and became upset when she began dating someone new.

‘I would have been second guessing myself if I didn’t do anything,’ Greg said of the incident.

‘Being a locksmith, I have been involved in some, some domestic situations, but nothing quite like this,’ he added to CNN.

‘The lady was pretty smart to be able to do what she did. And so, it’s not like I was trying to guess what was really going on. She gave me some great clues that there was an issue there.

‘When found out that he had been arrested, charged and stuff, I was kind of like, ‘Okay, good. Good. That’s good. I’m glad that the woman, the lady, is safe and that nothing bad happened.’

Eggertsen has been charged with aggravated kidnapping in the course of committing unlawful detention, criminal trespass and assault.

Eggertsen was previously convicted in 2014 of an amended charge of attempted stalking, according to Desert News.

Court records say he threatened to kidnap and kill a woman whose house he had driven by several times.