Lloyd Scott will don the 130lb costume in order to try to raise money for the Lord’s Taverners charity, who raise money to help disadvantaged and disabled young people in the UK. 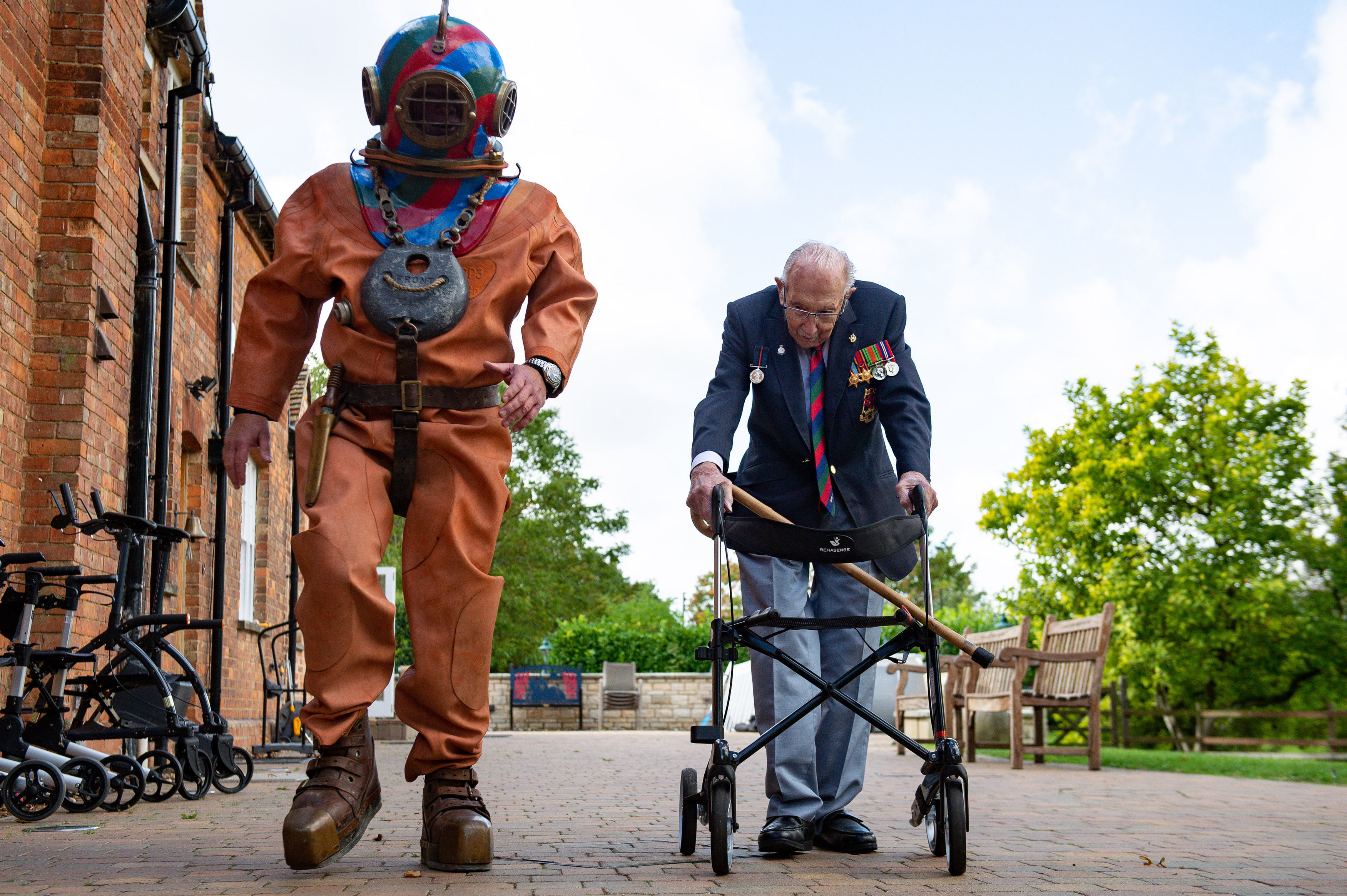 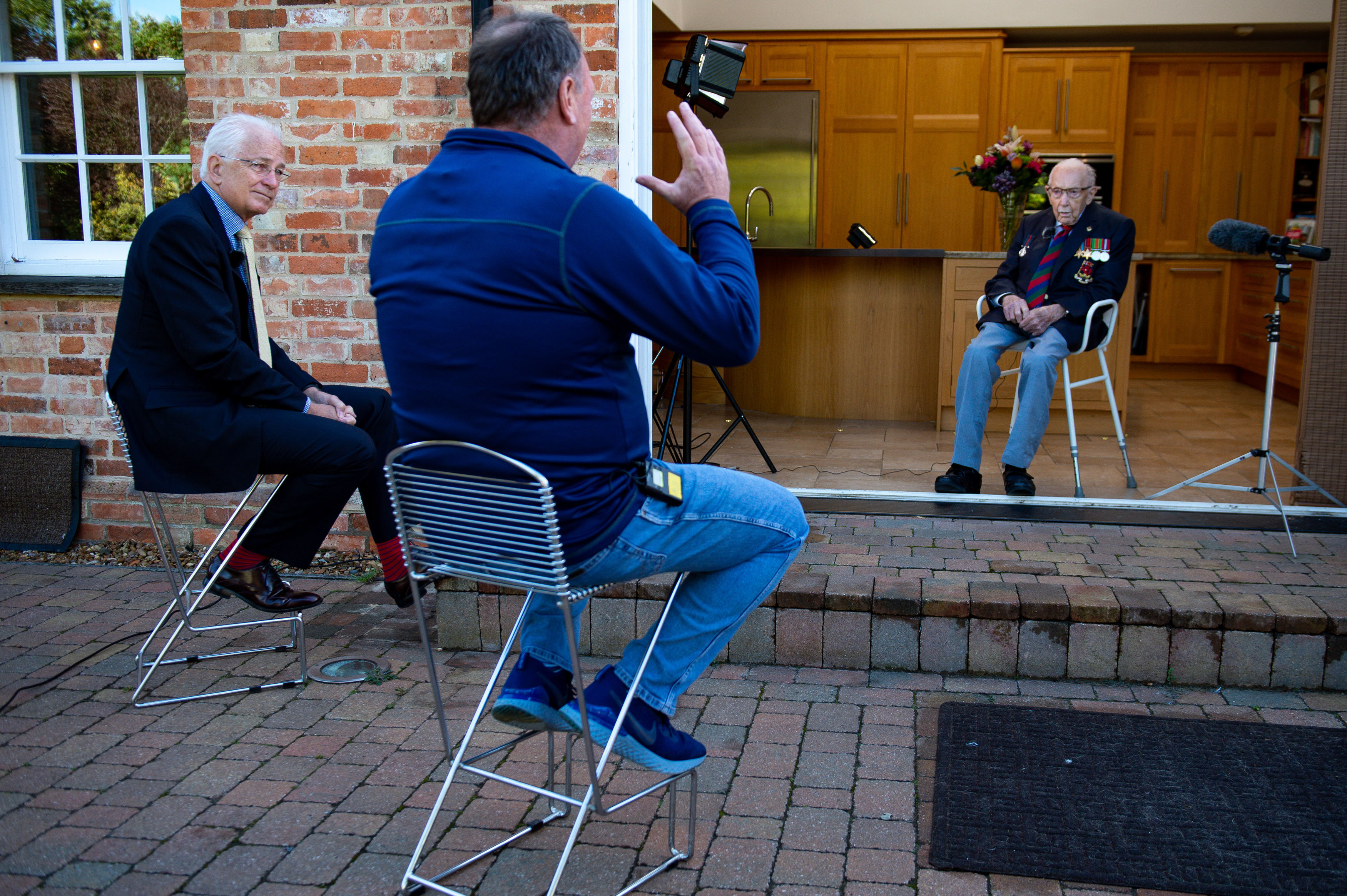 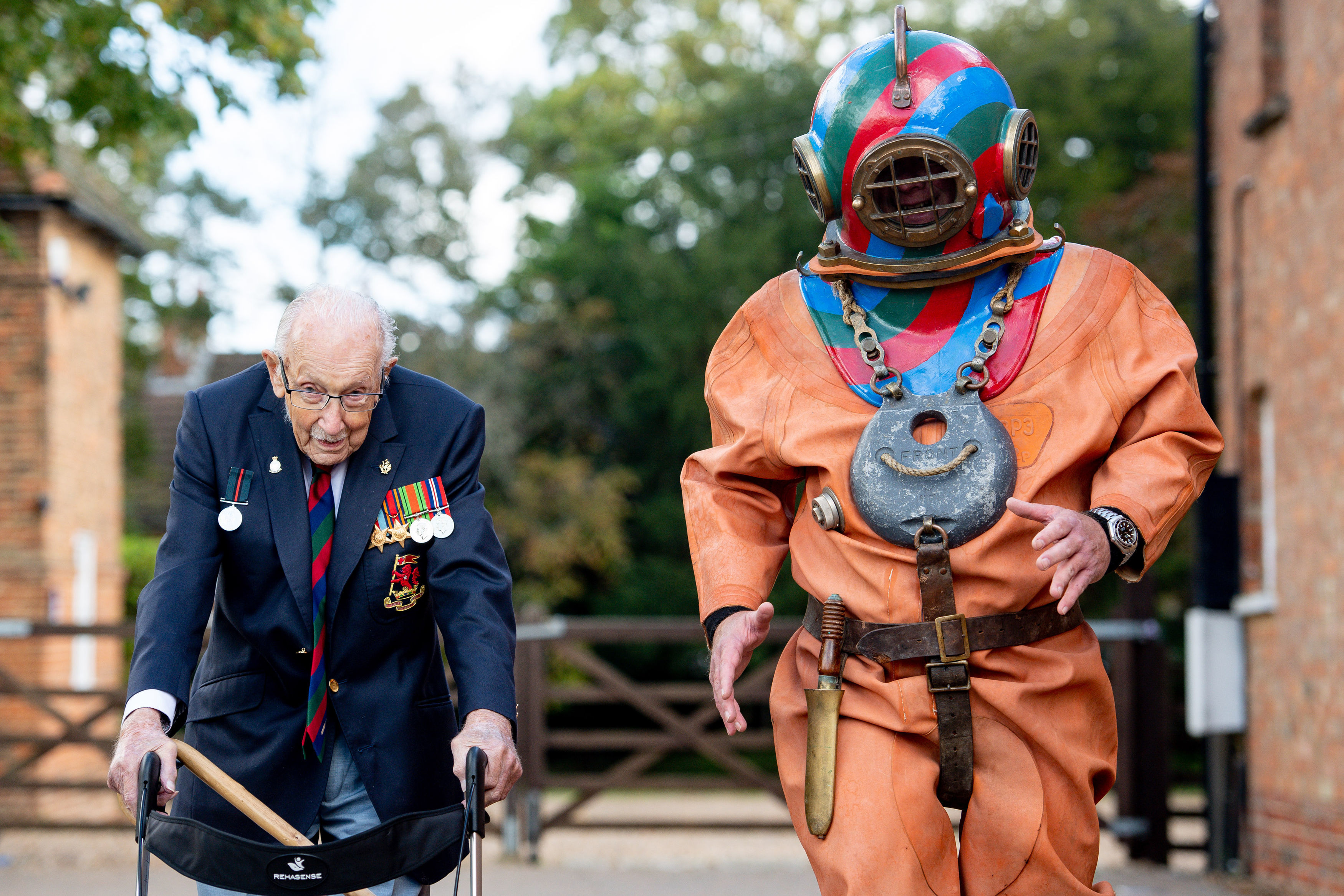 Sir Tom launched Lloyd’s event alongside former cricketer David Gower in the hope that they would be able to raise more money.

The trio met up outside Sir Tom’s home in Marston Moretaine, Bedfordshire, the day after he announced his Save the Poppy campaign with The Sun.

Lloyd will be trying to race up the mountains over a four day period in October, and so far has raised £490 for his cause.

He famously wore the suit while taking part in the 2002 London Marathon, and has been fundraising for over 30 years.

As well as dressing in the suit he walked from Land’s End to John O’Groats dressed as a T-Rex and raised more than £5million for charity. 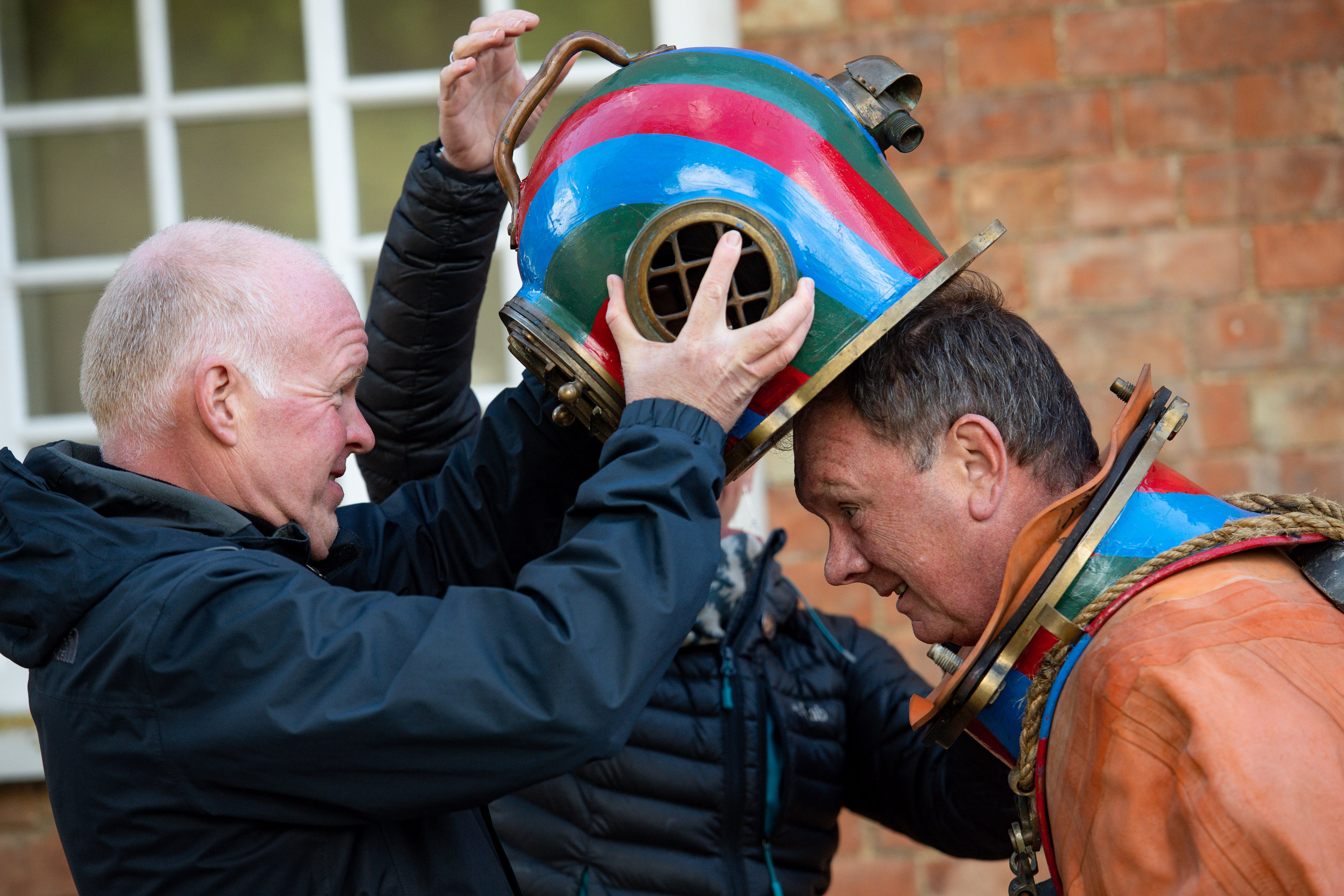 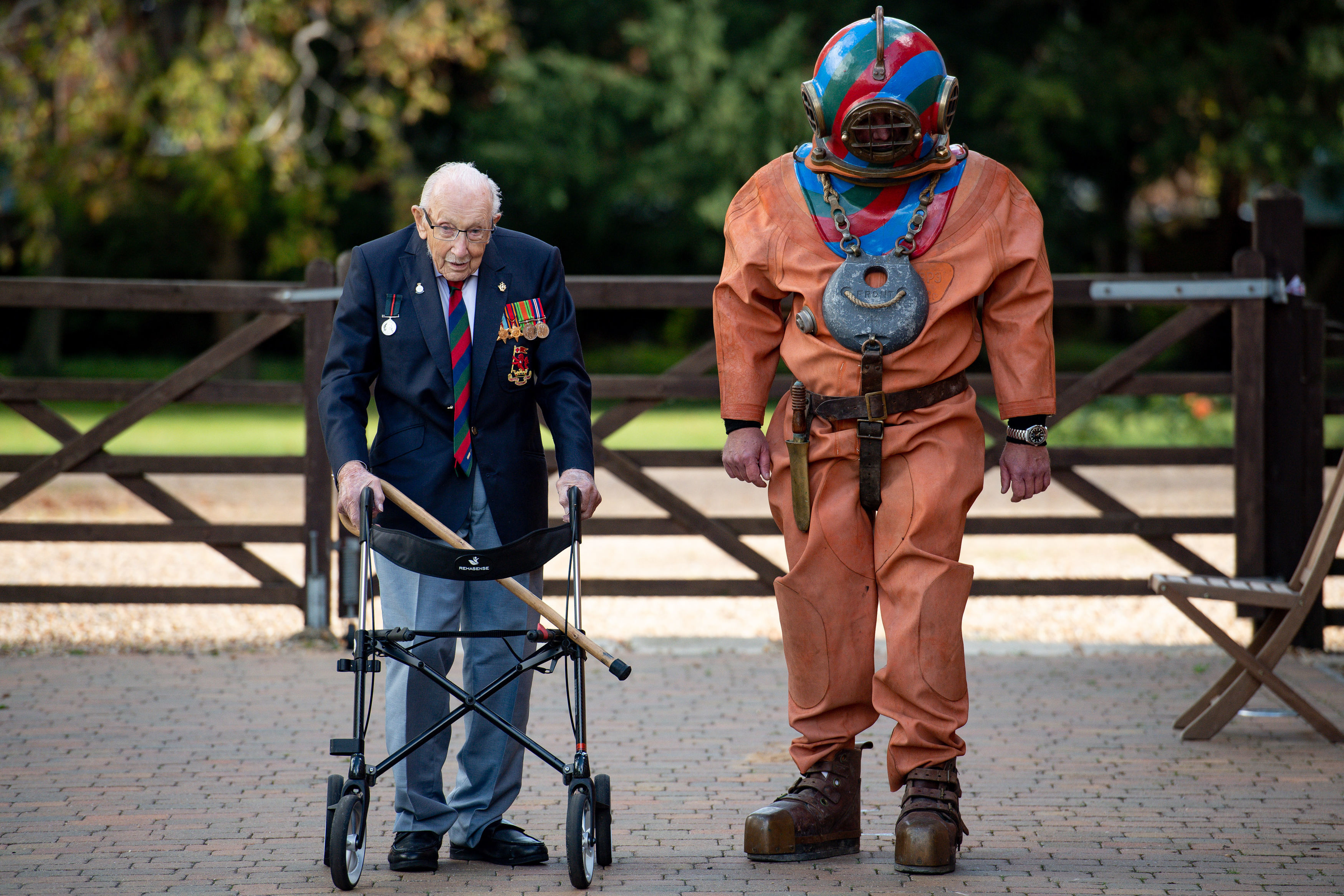 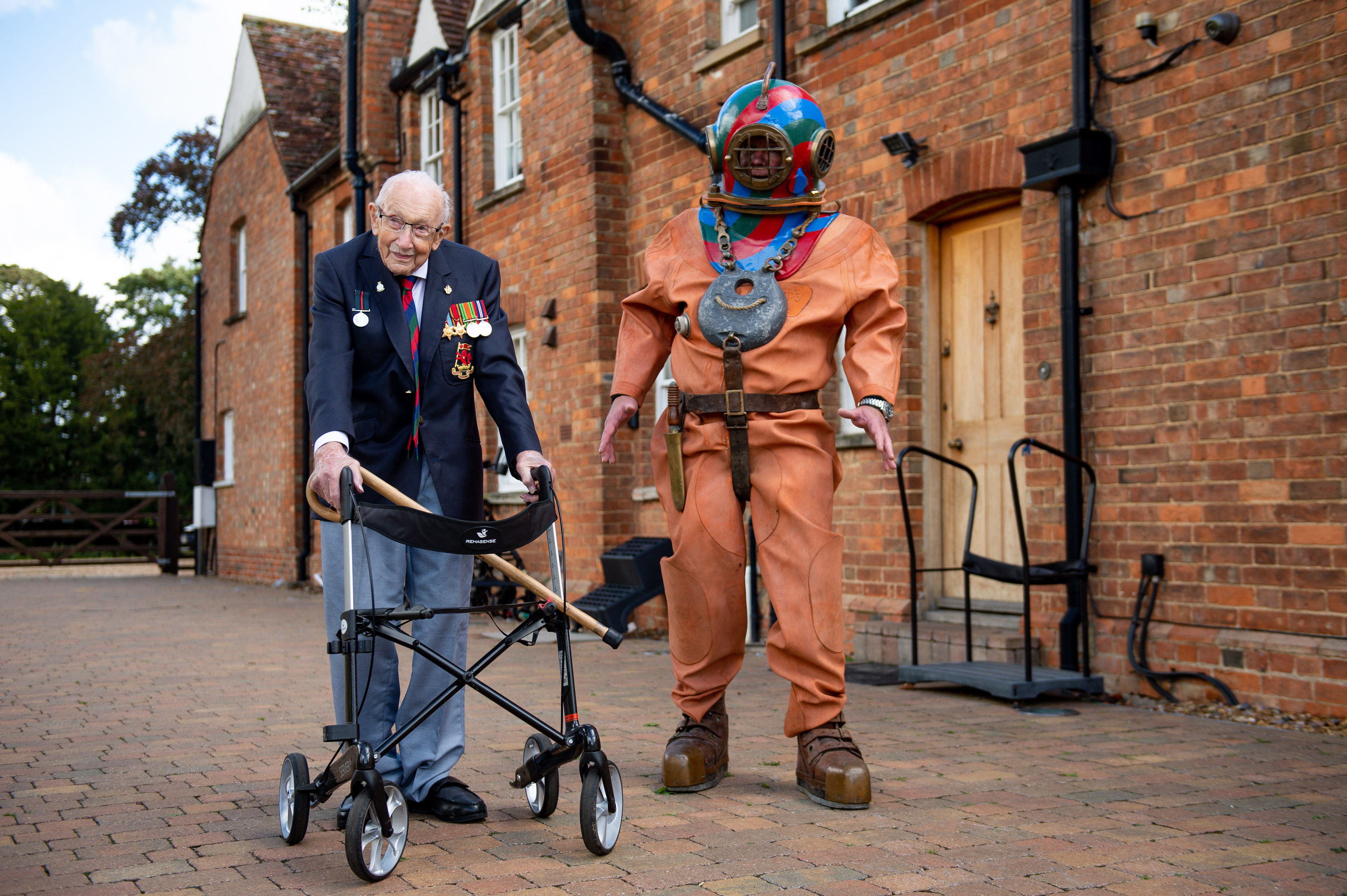 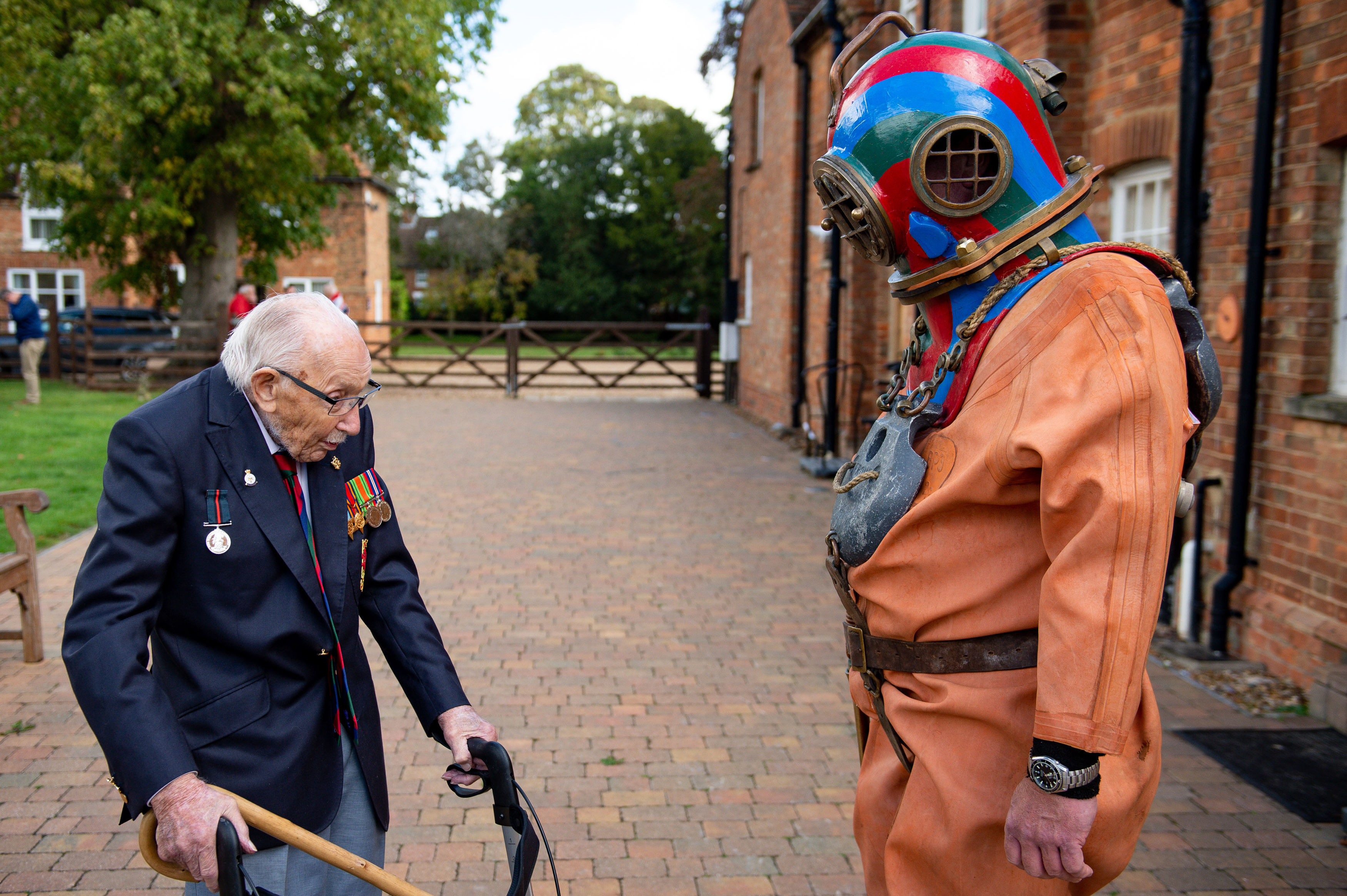