Cancer faker, 29, who shaved her head to fool friends into thinking she was terminally ill so they would pay for her £8,500 dream wedding is jailed for five months

A woman, 29, who faked she had cancer and even shaved her head to convince her friends she was terminally ill so they would pay for her £8,500 dream wedding has been jailed for five months.

Toni Standen, 29, of Widnes, Cheshire, made up a story that she had been diagnosed with terminal cancer and had just two months to live.

Friends launched a GoFundMe page to help her and her partner James have a ‘wedding they deserve’.

She has been jailed for five months and ordered to to repay a donation of £2,000 made by a local businessman. 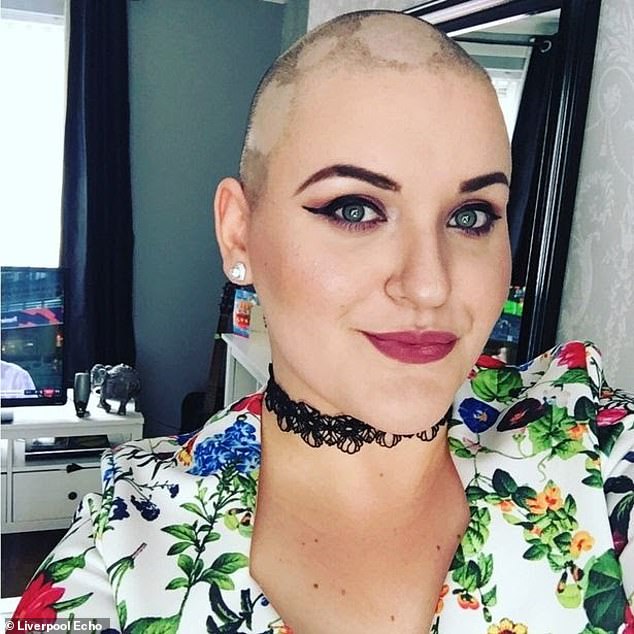 Toni Standen, 29, of Widnes, Cheshire, shaved her head to fool her friends she was terminally ill

The Crown Prosecution Service said that in June 2015 Standen told two of her friends, Ashlea Rowson and Jennifer Douglas, that she had been diagnosed with terminal vaginal cancer.

Ms Standen provided regular updates on her treatment to her friends with such clarity and detail that the condition was never questioned.

She also shaved her head to appear as though she was undergoing treatment and shared pictures of this on social media.

The fraudster later claimed to have two months to live and said her wish was to have her 57-year-old father Derek, who was dying of cancer, walk her down the aisle. 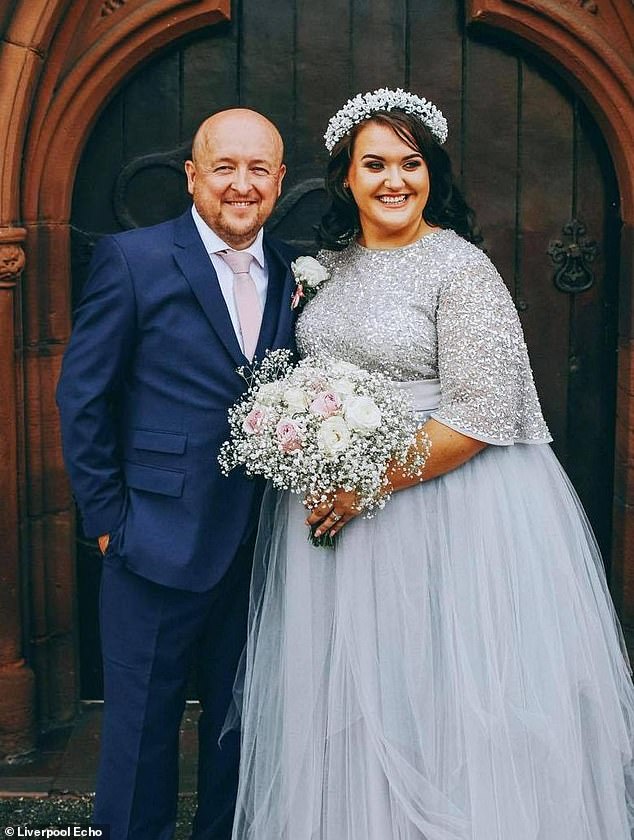 Toni Standen, 29, (pictured with her husband James) had her dream wedding and a honeymoon to Turkey, thanks to her friends who raised £8,500 to give them a ‘wedding they deserve’

Her friends began fundraising to help fund the wedding – which was held after the death of her father – at St Bede’s Catholic Church in Widnes.

Her father Derek died before the wedding but a video he recorded was played on the big day.

One guest said: ‘After hearing her father’s laboured words she got up and gave a faultless speech, even cracking a few jokes. 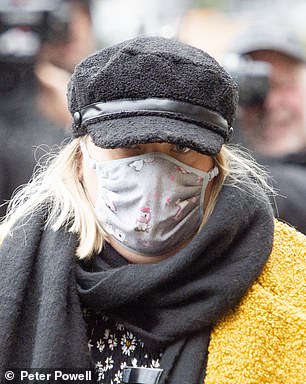 Standen has been jailed for five months and ordered to to repay a donation of £2,000 made by a local businessman

‘Her mother and brother were in bits. We’d all just listened to a father of the bride message from beyond the grave.

‘Toni even received a video message from Everton FC, delivered by one of the top players. She laughed throughout.’

Touched by her seemingly heartbreaking story, her friends raised £8,500, which helped her have her dream wedding.

Standen and her newly-wed husband James reportedly flew off to a honeymoon in Turkey after a wedding.

The pair also reportedly had a holiday in March in which they visited Germany, Austria, Hungry, Czech Republic and Italy.

Eventually she admitted what she had done in a three-way phone call with her friends which they recorded.

In the call she admitted that she did not have cancer and never had.

In a text to friends after she admitted her scam, she said: ‘I love you both, I am thankful for everything over the last couple of years.

‘I am very sorry for all of this, I am embarrassed and heartbroken and right now I am struggling. 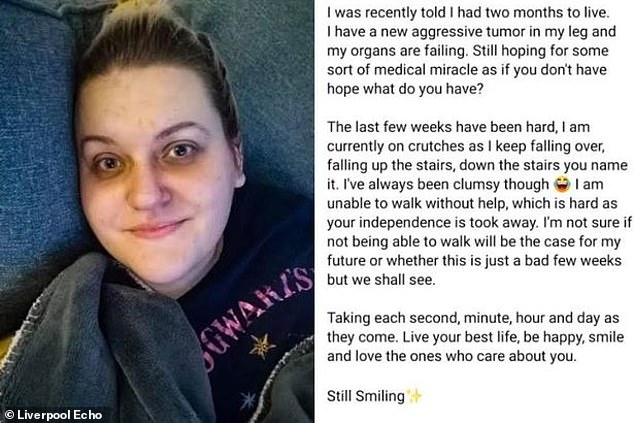 ‘There is so much I want to say but struggling where to start.

‘At the minute I don’t know if Jim and I will be getting a divorce, I don’t blame him if he does and I don’t blame you both if this is the end, I completely understand and will have to somehow move on through it’.

Judge Sanders, sentencing, said: ‘You continued to embellish that tissue of lies, saying you had weeks to live.

‘I don’t accept you couldn’t stop. Not only did you not stop, you made it worse by giving newspaper interviews to engender public sympathy.

‘You used that money raised through the generosity of strangers to fund a wedding and a holiday.

‘You kept taking money over many months. Every right thinking member of society would be appalled by your behaviour.’. 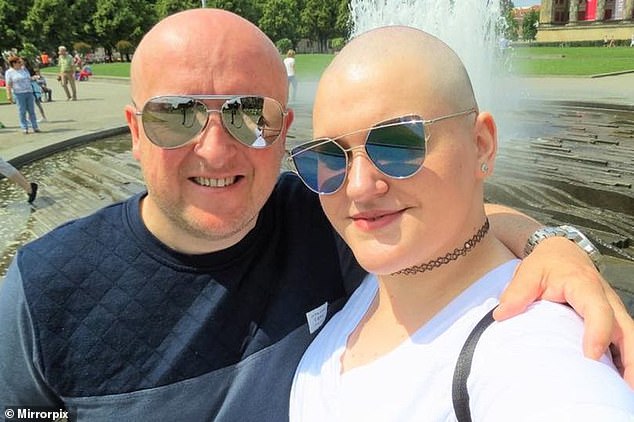 Neil Colville, Senior District Prosecutor for CPS Mersey Cheshire said after the case: ‘Toni Standen made up a terminal illness to gain sympathy and then watched as her friends raised money to support her through what they thought were her final years.

‘She used that money to fund a wedding and a holiday. Her own father was genuinely ill but her condition was a fraud.

‘She appears to have dug herself deeper and deeper into the deception as the years went by and seemed incapable of telling the truth and bringing the deception to an end.

‘A local businessman donated £2,000 as he was so moved by her plight.

‘He said in a Victim Personal Statement that he would think twice before giving to this sort of charity again.

‘This was a sophisticated fraud, carried out over a number of years and has left her friends and others devastated. They feel cheated and betrayed.

‘It is clear this has had a devastating effect on Ms Standen too.

‘But she has only herself to blame and will now spend Christmas and several months after behind bars.’