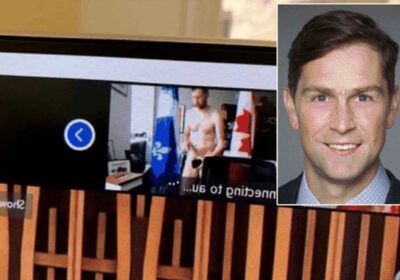 A Canadian lawmaker was caught in the buff during a virtual House of Commons conference on Wednesday, a report said.

William Amos, a Liberal MP, was recorded on camera standing nude in his office, flanked by the Quebec and Canadian flags, according to a screenshot obtained by The Canadian Press, CTV News reported.

The incident occurred during the questioning period.

The 46-year-old lawmaker, who represents parts of Quebec, later apologized for the showing, which he said was unintentional.

“This was an unfortunate error,” Amos said in a statement tweeted by CTV News reporter Rachel Aiello.

“My video was accidentally turned on as I was changing into my work clothes after going for a jog. I sincerely apologize to my colleagues in the House of Commons for this unintentional distraction,” he said.

Amos did not speak during the virtual session.

The Liberal Party whip, MP Claude DeBellefeuille, addressed the incident after the questioning period, according to the reports.