Home » World News » Can Will Smith Recover From the Oscars Slap Fallout?

Can Will Smith Recover From the Oscars Slap Fallout? 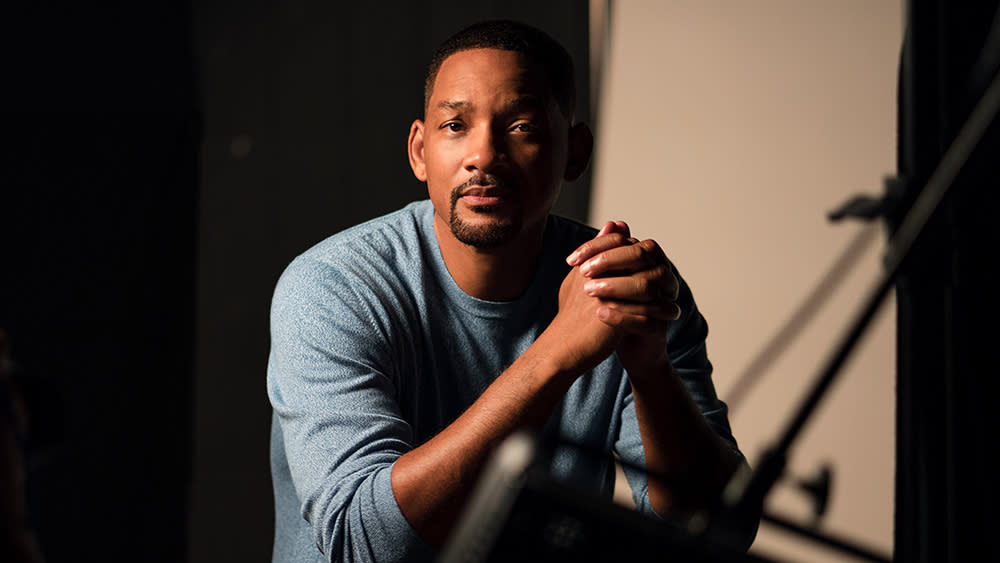 Will Smith has been a professional movie star for three decades.

It’s a job that comes with a draining, all-consuming level of scrutiny, but Smith never really seemed to buckle under the weight of the exposure. On red carpets, he’d mug for cameras and seemed to feed off the energy of screaming fans. In interviews and late night appearances, he’d be down for anything, revealing a few intimate details (OK, maybe a little too intimate at times) while still maintaining enough of a barricade of privacy to keep his A-list status intact. In professional settings, at lunches and dinners with Oscar voters, Smith would work the room, making eye contact, remembering names, and grabbing shoulders and arms in shows of sincerity with a fluency that would put seasoned politicians to shame. He was the consummate celebrity.

So Smith’s violent outburst at Sunday’s Oscars was a shock to the fans who have loved him and to the scores of studio executives, directors, producers and handlers who have orbited the actor for years. Sure, Smith could be demanding, and he expected the kind of luxuries, material comforts and deference that comes with being a top-tier leading man, but he was also usually gracious and generous, with a performer’s innate ability to always know when the public’s gaze had turned on him.

That’s what made his decision to storm the stage and assault comedian Chris Rock in the middle of Hollywood’s biggest night both uncharacteristic and deeply disturbing. Smith, after nearly a full day had gone by, offered up an apology to Rock, the Academy and viewers on Monday. But his actions could tarnish his carefully cultivated image and impact his career. It will certainly mar what should have been one of the proudest moments of his professional life, a best actor victory for his work in “King Richard.”

Insiders faulted Smith for his rambling, self-justifying acceptance speech, during which he failed to apologize to Rock directly, and for his decision to go out celebrating at high-profile events like the Vanity Fair party.

“It was a master class in celebrity entitlement,” said a p.r. guru who does not work with Smith.

It’s hard to say just how much Smith stands to lose from the crisis. The actor doesn’t do much in the way of endorsement deals, though he does serve as an ambassador for FitBit through his YouTube Originals docuseries, “Best Shape of My Life.”

As an actor, he’s been linked to several high-profile projects. He will headline “Emancipation,” a historical thriller about a runaway slave that scored a $120 million sale from Apple Original Films. The film is expected to appear on the fall film festival circuit. Smith is also expected to appear in sequels to “Bright” and “Bad Boys,” though neither film has a shooting script yet. He’s also attached to “Fast & Loose,” an action thriller from “Atomic Blonde” director David Leitch. Smith was linked with Netflix’s “The Council,” a biopic of drug kingpin Nicky Barnes, but he will no longer appear in the project for reasons unrelated to the Oscars incident.

Though the altercation will almost certainly be a topic of conversation while he promotes future projects, industry insiders do not believe the incident will completely derail Smith’s career provided he does the necessary damage control. He’s already relatively selective in his work in front of the camera and, through his multimedia company Westbrook, he has recently taken a larger interest in producing movies and shows. Now that he secured an Academy Award, insiders suggest, he may be less interested in seeking out starring vehicles.

“I can’t see a world where filmmakers don’t want to work with Will Smith,” said one top film executive, speaking anonymously, “but he may have alienated some of his audience.”

Even though most studio executives and insiders expect that Smith will continue to be in demand, his days as a reliable box office draw were waning even before slap-gate. At 53, Smith is past his action hero heyday and some of his recent efforts have faltered at the box office, with the likes of “Focus,” “Collateral Beauty” and “Gemini Man” failing to ignite commercially. He has had blockbuster hits, however, such as “Aladdin,” “Suicide Squad” and “Bad Boys For Life,” many of which have all been part of pre-existing franchises or widely known intellectual property. “Bright,” a sci-fi adventure, was a major streaming success for its backer Netflix, but it’s fair to say that Smith’s name above the title hasn’t consistently guaranteed ticket sales the way it once did during the late 1990’s and early aughts.

“In terms of his box office success, this is the artist formally known as Mr. Fourth of July. He’s used to be fireworks at the box office,” said Jeff Bock, a media analyst with Exhibitor Relations. (Starting with 1996’s “Independence Day,” several of Smith’s biggest blockbusters — 1997’s “Men In Black,” 2002’s “Men In Black II” and 2008’s “Hancock,” among them — were released in theaters around July 4th weekend.) But, Bock notes, “his [box office] decline was already happening.”

But Smith is more than just a movie star. Through Westbrook, the media company he launched with his wife, Jada Pinkett Smith, Smith produces hit shows such as “Cobra Kai” and “Bel-Air.” Last fall, he scored a $60 million investment from Candle, a media venture run by former Disney executives Tom Staggs and Kevin Mayer, that values the company at just under $600 million. That means that Smith, if his image is severely damaged, can be the less public face of the endeavor.

Some studio executives expect that Smith will likely do some kind of sit-down interview with an Oprah Winfrey-like figure as a way of rehabilitating his public persona. Although the Smith family has its own in-house talk show, “Red Table Talk,” on Facebook Watch, insiders believe that the actor needs to venture outside his comfort zone or risk being accused of being self-promotional. There is also historical trauma in Smith’s past that would make for fodder in such an interview. In his 2021 memoir “Will,” Smith details witnessing his father Willard Carroll Smith Sr. physically abuse his mother. The star discusses the pain of failing to intervene on her behalf as a child. When he does re-emerge, Smith should expect to have every word and action dissected and analyzed. The margin for error will be perilously slim.

“Will is not only going to have to be on his best behavior, he’s going to have to be a saint,” Bock says. That doesn’t mean salvation is out of reach. “Hollywood loves nothing more than a redemption story. That may be the most challenging role of his career.”

Hollywood may love a comeback, but Howard Bragman, a crisis PR expert, notes that the impact is more complicated because it wasn’t self-directed. Other celebrity scandals, such as Tom Cruise’s infamous couch-jumping or Robert Downey Jr.’s battles with substance abuse, didn’t result in the same kind of collateral damage.

“People have been comparing it to Tom Cruise, but that was Tom Cruise hurting Tom Cruise,” Bragman said. “This hurt other people.”

Now, Smith will need to show he knows how to make amends.