The Victorian Greens are calling on the state and federal governments to make up an almost $1 billion annual funding shortfall to help state schools in the pandemic.

Greens spokesman for education and member for Prahran Sam Hibbins has written to federal and state education ministers Alan Tudge and James Merlino, urging them to bring schools up to the Gonski review’s recommended funding level, the Schooling Resource Standard (SRS). 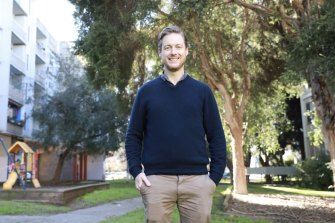 An independent parliamentary budget costing commissioned by the Greens showed it would cost $6 billion over seven years to bring state schools up to full-funding.

State schools currently receive about 95 per cent of the recommended standard while the costing report shows Catholic and independent schools receive above theirs by about $90 million each year.

“It’s time for our state and federal governments to revisit their school funding deal, that left public schools billions of dollars short, private schools over-funded, and Victorian schools some of the lowest funded in the country,” Mr Hibbins said.

He said the money could be used for a range of improvements including employing more school staff and giving teachers pay rises, providing mental health support programs for students and reducing costs for parents.

The state and federal governments signed on to the current funding agreement in 2019 after a protracted battle in which Mr Merlino lobbied the then-education minister Dan Tehan to contribute more. At the time Mr Merlino said the deal treated Victorian state schools unfairly.

Mr Hibbins said state schools have always deserved the full allocation and after the upheaval of coronavirus, the need is even more urgent.

“Given the extraordinary two years we’ve gone through and the pandemic’s significant impact on schools, teachers and families, now is the time to revisit this deal and invest more into schools to give them the support they need,” he said.

“Government schools in Victoria are receiving record funding,” he said.

“Commonwealth funding for all Victorian schools has increased by 83 per cent since we came to government and will increase a further 43 per cent by 2029, with government schools seeing the largest growth.”

Mr Merlino said he had “repeatedly asked the Commonwealth do its fair share and fund the final 5 per cent of the schooling resource standard for government schools”.

“It has consistently refused to do so,” Mr Merlino said.

“We’re delivering an extra $7.2 billion for government schools’ teaching and learning programs, grounds, maintenance and utilities – raising Victoria’s contribution to the SRS to 75 per cent over the next decade.

“Since 2014, Victoria has had the largest per-student increase in state government school spend in Australia – and I continue to urge the Commonwealth to show the same level of commitment to Victorian students.”

Convener of public education lobby group Save Our Schools Trevor Cobbold said Victoria’s shortfall could exceed $1 billion per year given the current agreement allows the state to include in its SRS contributions spending which was not originally deemed part of the Gonski standard, such as depreciation, transport and payroll tax.

Victorian teachers have been in a prolonged battle with the state government to improve their pay and conditions and will soon begin industrial action.