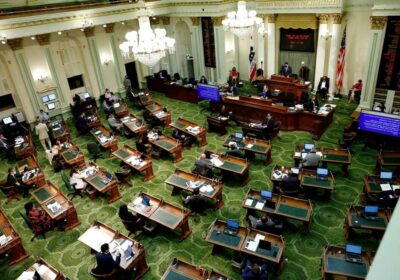 The bill sets aside $35 million for no-strings-attached monthly cash payments to some pregnant women and young adults who recently left foster care.

The move comes after Oakland and other municipalities approved a monthly stipend for some disadvantaged residents — a philosophy that has been gaining nationwide momentum and was championed by failed presidential and New York mayoral candidate Andrew Yang.

The vote came as millions of Americans received their first monthly payments from an extension of the federal child tax credit.

Sacramento lawmakers from both sides of the aisle universally supported the measure.

“If you look at the stats for our foster youth, they are devastating,” Senate Republican Leader Scott Wilk said. “We should be doing all we can to lift these young people up.”

Under the measure, local governments will apply for the money from the state Department of Social Services, and decide how to dole it out.

“It changes the philosophy from ‘big brother government knows what’s best for you,’” said state Sen. Dave Cortese, a Democrat from San Jose.

“We’ve been very prescriptive with that population as a state and as counties go. Look at the failure. Half of them don’t get their high school diplomas, let alone advance like other people their age.”

“We should be pushing policies that encourage the value of work,” said Vince Fong of Bakersfield.

Under the Santa Clara County program, participants get the free money on a debit card and fill out surveys about the program’s effectiveness.

A study of a similar program in Stockton found the incentives helped participants find full-time work after one year.

An analysis of a guaranteed income measure in Stockton found full-time employment increased among participants after the first year of receiving the money.

“Now there is momentum, things are moving quickly,” said former Stockton mayor Michael Tubbs, who is now an advisor to Gov. Gavin Newsom.

“The next stop is the federal government.”