A tram driver rescued a calf trapped neck-deep in mud after it got stuck in a boggy pond that had turned to mud in the hot weather.

Ryan King spotted the calf struggling in thick, sticky mud in the pond in Rochdale and knew he might drown.

The tram driver put a towel under his nose so that it would stay above the surface while he threaded a towel underneath him and used it as a sling to get the calf out. Ryan said: ‘Thankfully he was only little so I could pick him up and carry him out.

‘Although he was exhausted and filthy, luckily the little calf was OK and the farmer took him back to the farm on the back of his quad bike to clean him up.

‘We later heard from the farmer that he’d had a bath and a bottle of milk and was safe and sound back at home.’

A RSPCA inspector said Ryan was ‘eagle-eyed’ in being able to see the youngster from so far away. 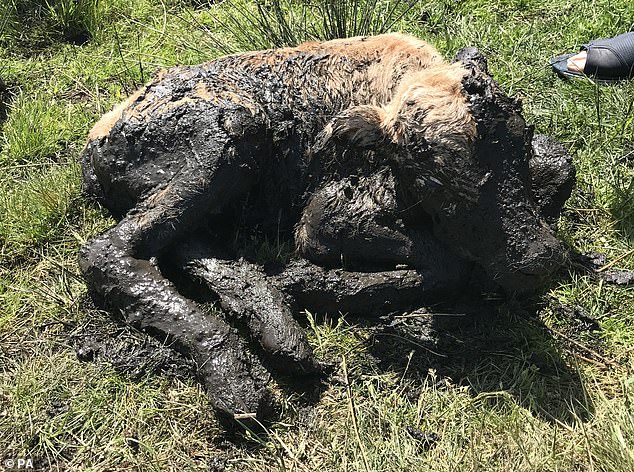