Bus crashes into pylon with passengers taken to hospital 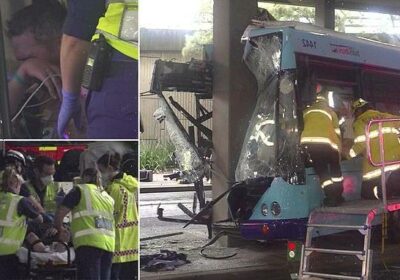 Nine people have been rescued from a bus after it smashed into a concrete pylon attached to a multi-story carpark in Sydney.

A female passenger aged in her 50s suffering back pain and the bus driver, also aged in his 50s, were both taken to hospital in serious but stable conditions following the crash in Seven Hills, in the city’s west at about 8.30am on Thursday.

The remaining passengers were assessed at the scene by paramedics but sustained no serious injuries. 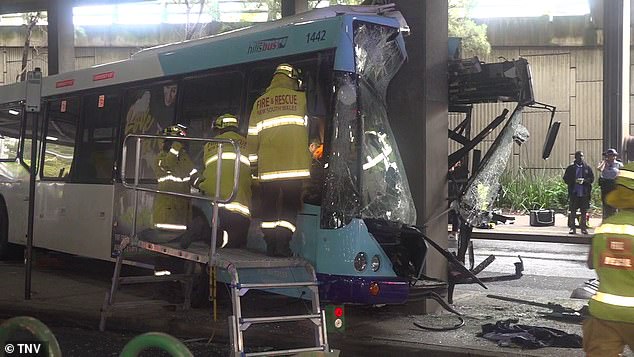 A bus smashed into a concrete pylon in Seven Hills, Sydney on Thursday morning 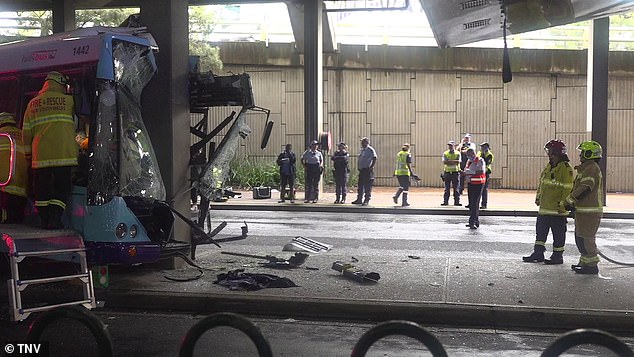 Shocking images show the extent of the damage on the bus 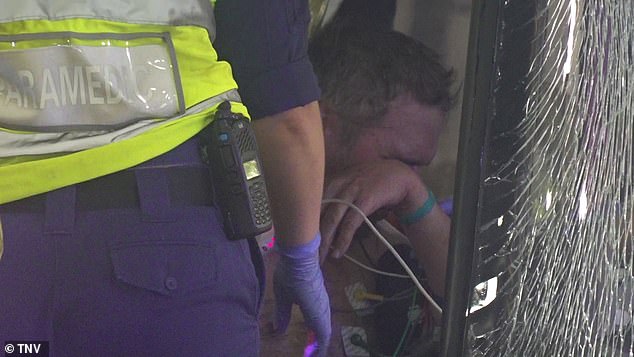 Harrowing photos show the front of the bus completely smashed after it rammed into the pylon.

One man taken away in an ambulance was seen wiping his eyes with his hands while another patient was loaded onto a stretcher.

Firefighters, police and paramedics were all called to the scene near the Prospect Highway.

NSW Ambulance Inspector Greg Marshall said the passengers on board were very distressed once paramedics arrived. 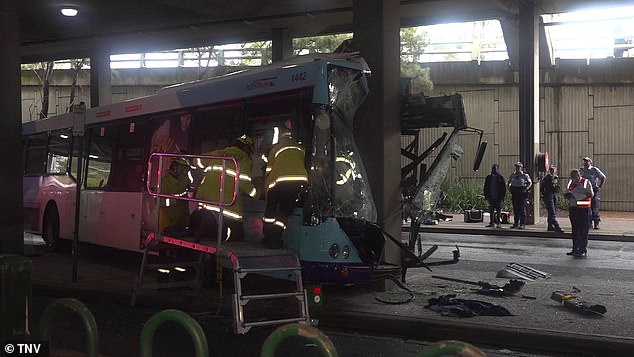 ‘When we arrived on scene, it was clear everyone was shaken and frightened from the incident, it’s incredible nobody on board suffered any life-threatening injuries,’ he said.

‘Anytime we respond to an incident involving multiple patients, it can provide a number of challenges for our paramedics, but despite very difficult conditions they did a great job.’

The northbound lanes of Terminus Road into the commuter carpark near Hartley Road are closed and motorists have been urged to avoid the area.

Police say they are investigating the circumstances surrounding the crash. 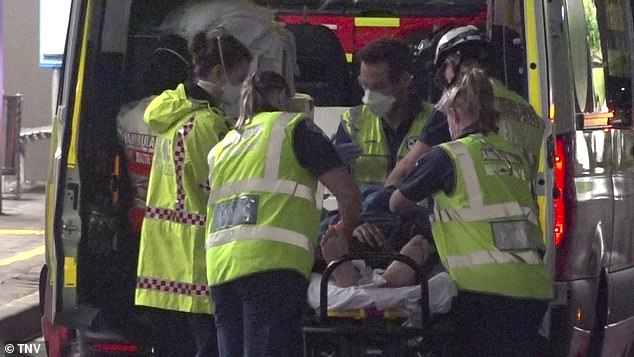