Four Brits on holiday in Budapest are left stranded after travel website Lastminute.com ‘forgets’ to book them a return flight as they are forced to pay £1,700 to get home

A group of Brits on a ‘lads’ holiday to Budapest were left abandoned after travel company Lastminute.com ‘forgot’ to book them return flights.

Jack Dixey, 26, was on a three-day trip to the Hungarian capital with friends Tim, Hanny and Taylor and were due to return to the UK on Saturday morning.

However, their journey home turned into a nightmare when, after airline Ryanair changed their flight to one that evening – Lastminute.com forgot to book their seats, Mr Dixey claimed. 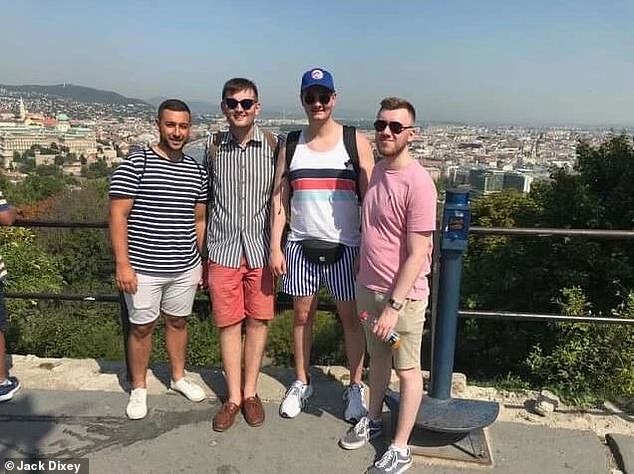 Jack Dixey (second from left), 26, was on a three-day trip to the Hungarian capital with friends Hanny (left), Tim (second from right) and Taylor (right) and were due to return to the UK on Saturday morning

Instead, they were forced to spend £1,700 on a replacement flight to get home and Mr Dixey claimed Lastminute.com then refused to refund them the cost, the Sun reported.

Mr Dixey said: ‘It was unbelievable.

‘Between us we forked out an additional £1,700 to fix their mistake. We’re all out of pocket now, but one of us is a student so really can’t afford to be let down like this.’

The group had initially received an email from Lastminute.com before their flight home to say that their flight times had been changed.

Instead of heading home to Stansted airport at 10.55am on Saturday, they were told by the travel firm they would have to get a 9.50pm flight.

Mr Dixey told The Sun that the group were told to respond within 24 hours to confirm they were happy with the change, which they did, and that this would then be confirmed with Ryanair. 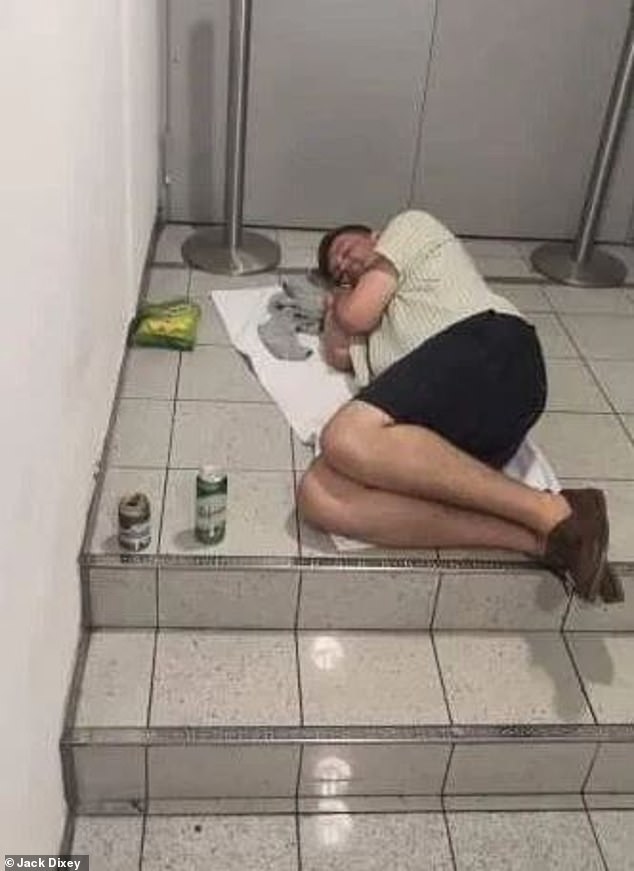 The group were forced to spend £1,700 on a replacement flight to get home and Mr Dixey claimed Lastminute.com then refused to refund them the cost

Although they did not get another email from Lastminute.com, they assumed the change had been made.

However, it was only when they went to catch the new flight that they realised they had not been booked on it.

He said: ‘Our flight out to Budapest was perfectly fine, but it wasn’t until we tried to get home that it turned into a nightmare, as Lastminute.com hadn’t booked us our seats on the new flight.’ 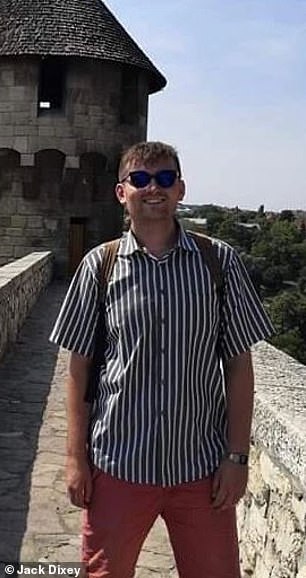 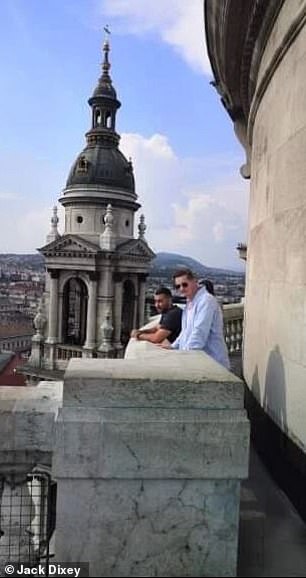 The group had enjoyed their time in Budapest but their journey home was ruined when their flights were changed and Lastminute.com ‘forgot’ to book their seats. Above: Mr Dixey (left) and his friends Hanny and Tim (right photo)

After spending £1,700 on a new flight, Mr Dixey claimed the travel firm blamed him and his friends for the mix-up.

He said: ‘They refused to help.

‘They wouldn’t pay for our flights, arguing it was our fault even though they told us we needed to change flights, and told us they would be the ones sorting it.’

The group also claimed that Lastminute.com even denied ever sending the initial email that the flights had changed.

The email had been seen by the Sun Online.