British teenager locked up in Egyptian jail is released A British teenager has been released after being held in an Egyptian prison after being accused of ‘spying.’

Muhammed Fathi Abulkasem, 19, was travelling to visit friends in Egypt when he was arrested on arrival at the airport in Alexandria on November 20 after taking a picture of it.

His family said the teenager had been accused of ‘collecting information of a military facility’ and was currently being held in a jail cell. 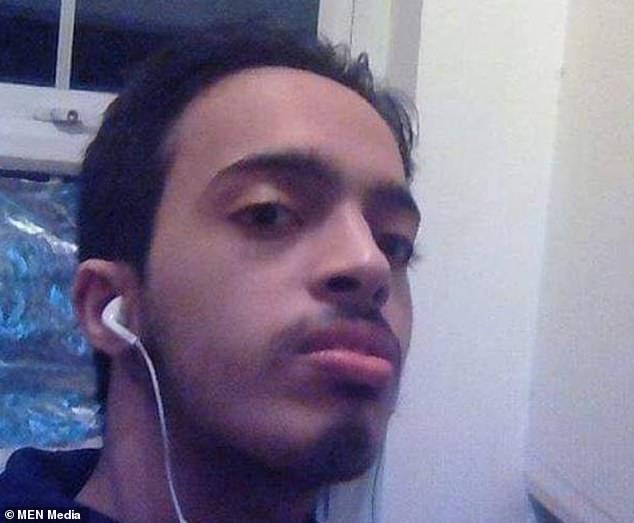 Muhammed Fathi Abulkasem, 19, (pictured) was travelling to visit friends in Egypt when he was arrested on arrival at the airport in Alexandria last week

After three weeks of little contact with him, he has now been released and has joined his family in Libya, the Middle East Eye reported.

In a video posted onto his YouTube account, Muhammed announced his release, saying: ‘I was ready to give up mentally and physically.

‘I am sure you would have heard about me through media outlets of my detention in an Egyptian hellhole. I am not ready to talk right now but I feel I owe you a duty now I am out.’

He thanked his immediate family and the Human Relief Foundation, a UK charity which provides help and support in emergency situations.

He said all of his supporters around the world ‘lit a bright spark which gave him a glimmer of hope’.

He added that unfortunately he couldn’t say anything about his ordeal but ‘in due time he would be back’.

Muhammed’s family say his arrest came when the A-level student, who was travelling from Libya with a friend, took a photograph of the airport from the plane window as he arrived in Egypt.

The 19-year-old, a UK national from Cheetham Hill, in Manchester, was questioned by authorities at the airport who examined his phone and discovered a photograph which included an image of a military helicopter, his family claim.

His cousin, Shareen Nawaz, from Wilmslow, Cheshire, said ‘soft and compassionate’ Muhammed has been locked up in a cold cell ever since.

Shareen said: ‘Everything is happening so fast.

‘All within a few days he’s in court being accused of being a spy. His parents are going out of their mind.

‘His 13-year-old sister has been puking up blood because she overheard a conversation and it was her who told Muhammed to take the picture. 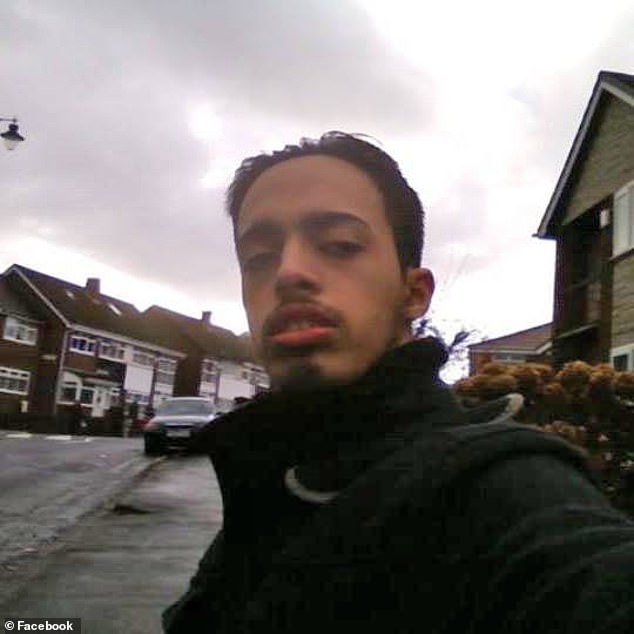 Though Muhammed’s (pictured) family said he has been accused of spying, no details have been confirmed by Egyptian authorities

Muhammed’s family have now appealed for the Foreign Secretary, Jeremy Hunt, to step in.

Muhammed’s mother, Imaan Rafiq, said: ‘My baby Muhammed would not even hurt a fly, he is a big soft teddy.’

Shareen added: ‘He is a soft and compassionate person, we just want to stop this before a kid’s life is ruined.’

Though Muhammed’s family said he has been accused of spying, no details have been confirmed by Egyptian authorities.

The Foreign and Commonwealth Office (FCO) said it could not comment on individual cases. 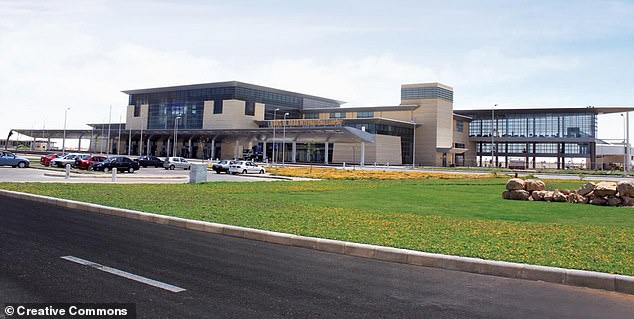 Muhammed, an A-level student was travelling from Libya with a friend, took a photograph of the Alexandria airport (picture) from the plane window as he arrived in Egypt.

However an FCO spokesperson said: ‘We are seeking more information from the Egyptian authorities following the arrest of a British person in Alexandria, as well as permission for consular access. Our staff are providing assistance for his family.’

Muhammed, who is one of five siblings, recently moved to Libya with his family to support an elderly relative.

He has spent most of his life living in Manchester, where he was born and educated.

He previously lived in Egypt with his family and had planned a trip back to the country to visit friends.

Muhammed and his Libyan friend booked a hotel in Egypt together ahead of their visit.

They boarded a flight from Libya on November 20, landing in Egypt later that morning.

Upon arrival it is understood that both Muhammed and his friend were questioned and arrested by Egyptian authorities.

Both young men have been held in jail ever since with two appearances in court, Shareen said.

Muhammed has never been arrested, charged or even questioned by the police before now, his family said.

They have hired a lawyer in Egypt who is currently working to help Muhammed.

Humanitarian aid worker Shareen said details about the exact nature of the offence were unclear.

However the family have been told by Muhammed’s solicitor that he has been accused of ‘collecting information of a military facility’.

Shareen said: ‘When they landed at the airport in Alexandria he was arrested and his bag and phone were checked. He has not been released since.

‘Slowly over the course of the week we’ve been finding out what has actually happened.

‘When he landed his mum didn’t hear anything but when he finally spoke to her he said he’d been in court all day. And he said they’d thrown him in prison.’

Shareen said Muhammed had told his family that conditions in prison have been difficult and he has been hauled before the courts twice.

She understands that Egyptian authorities are due to review the photograph he took at the airport.

Shareen said: ‘He put his phone out of the window and took a picture of the airport and there is a military helicopter in the background.

‘He says he has been accused of being a spy.’

The Foreign and Commonwealth Office plus the Human Relief Foundation have been approached by MailOnline for comment.