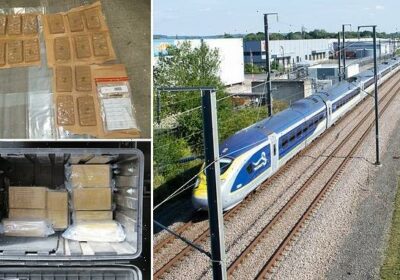 British border police today seized a record haul of cocaine and heroin with an estimated street value of £17.5 million at the Channel Tunnel border.

A 68-year-old Belgian man and a 60-year-old Dutch man were arrested on June 10 in Coquelles, on the French side of the undersea rail link, as they tried to enter Britain, the interior ministry said.

The border police found 200 kilograms of cocaine and heroin hidden within a van’s wall panels, the Home Office said in a statement.

It was one of the largest ever seizures of drugs at the Channel Tunnel border and the biggest at the crossing of Class A drugs – those classified as most likely to cause harm.

Officers made the discovery after intercepting the van during routine border controls.

The two men have been formally charged with the importation of Class A drugs.

It comes as drug trafficking and use across the European Union are returning to pre-pandemic levels, according to the latest report published by the bloc’s drug agency on Tuesday. 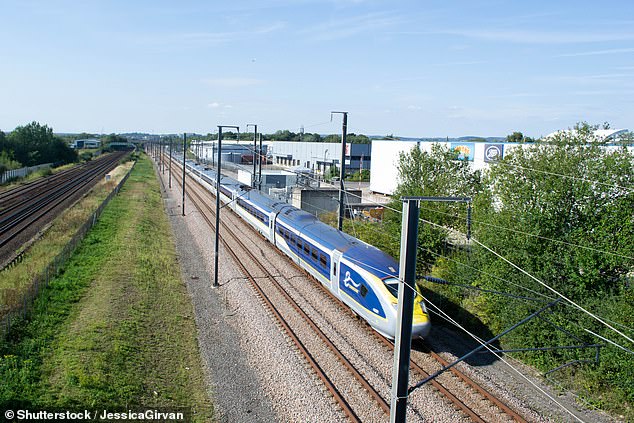 British border police today seized a record haul of cocaine and heroin with an estimated street value of £17.5 million at the Channel Tunnel border (Eurostar train is pictured heading for Paris) 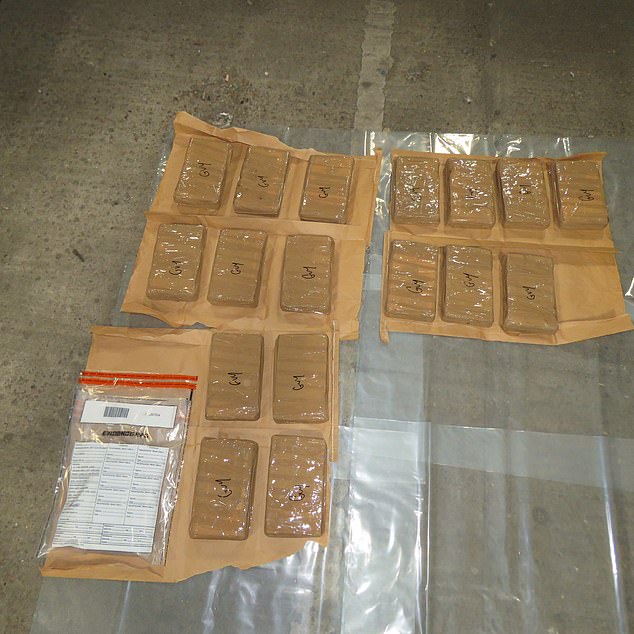 As Covid restrictions and increased border controls have been relaxed on the continent, the EMCDDA said drugs are available in large quantities in the region, and in some cases above pre-pandemic levels.

Hundreds of drug production laboratories are being dismantled, and new psychoactive substances are appearing in the bloc every week. In 2021, 52 new drugs were reported for the first time, the agency said.

‘For me, the take-home message that stands out from our analysis of drug trends in 2022 can be summarized as ”Everywhere. Everything. Everyone”,’ said the agency director, Alexis Goosdeel.

About 83.4 million people aged 15-64 in the EU, or 29 per cent of that population, are estimated to have used illicit drugs, with more men than women reporting use.

The agency said cannabis remains the most popular substance, with over 22 million people reporting its use in 2021, though the stance towards the popular drug is beginning to soften.

Cocaine, MDMA and amphetamines were some of the other most popular substances, while some 1 million Europeans used heroin or another illicit opioid.

An estimated 5,800 overdose deaths occurred in the EU in 2020, the most recent year for which that figure was provided.

The report pointed to an increased use of social media applications and encrypted messaging services to get access to products during the pandemic, a model that is likely to persist. 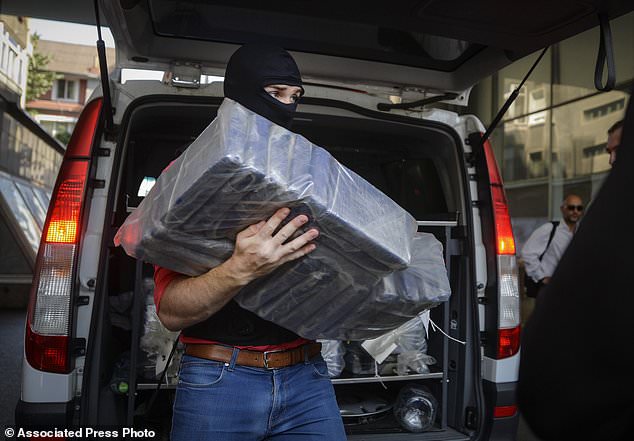 As Covid restrictions and increased border controls have been relaxed on the continent, the EMCDDA said drugs are available in large quantities across Europe, and in some cases above pre-pandemic levels (A masked policeman carries packs of cocaine, at the organised crime prosecutor’ office in Bucharest, Romania) 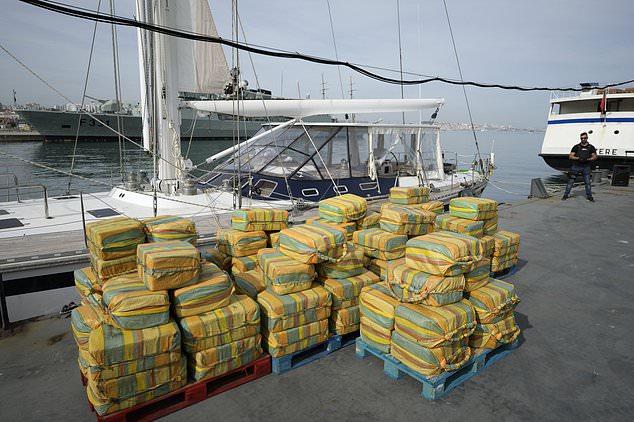 Bales of cocaine weighing some 5,2 tons and a seized yacht are displayed for the media at a Portuguese Navy base in Almada, south of Lisbon, on Oct. 18, 2021. Records amounts of cocaine are being seized in Europe while manufacturing of the banned stimulant drug is now taking place inside the European Union

The agency said last month that record amounts of cocaine are being seized in Europe while manufacturing of the drug is now taking place inside the EU.

While the agency said it’s too early to assess the impact on heroin trafficking of the return to power of the Taliban in Afghanistan, the agency noted it could lead to an increase. According to the report, poppy cultivation continues in the country despite a ban on production and sale.

The report also looked at the war in Ukraine, noting that the conflict could have consequences for smuggling routes.