Britain’s struggling High Street is set for a ‘Super Saturday’ An estimated 15 million Brits are expected to head to the high street this weekend to buy last minute Christmas presents.

The expected £3billion windfall over the weekend will come as a shot in the arm to beleaguered retailers hoping for a much-needed end of year sales boost.

High streets across the country will be rammed with shoppers as 10.1million people are expected to splurge £1.38billion on gifts on the last Saturday before Christmas. 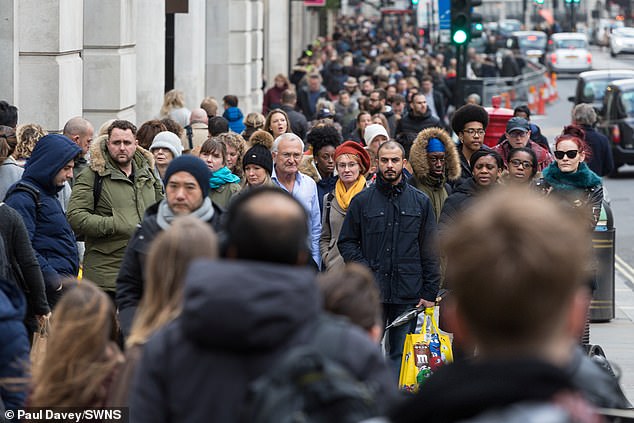 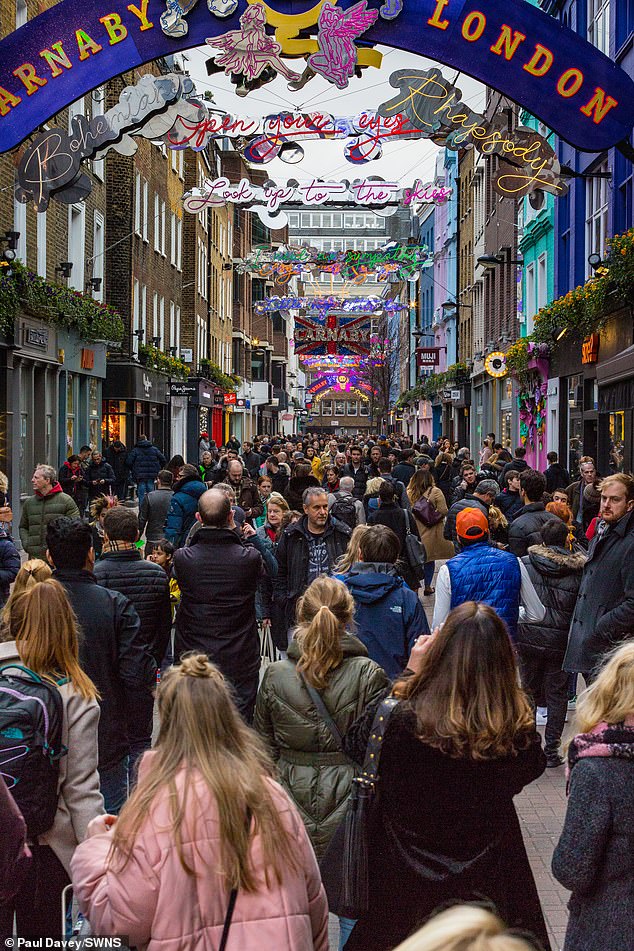 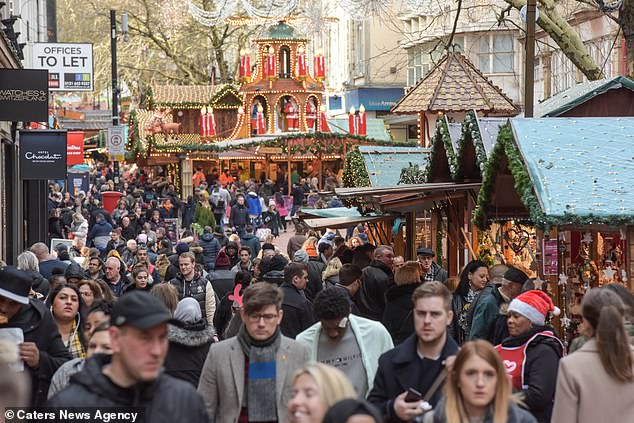 Drop in number of Christmas shoppers

It may seem like good news for retailers in the age of internet shopping but analysts have warned the picture is not as rosy as it appears.

The drop comes on the back of a 7.6% decline in footfall to physical retailers in 2017, when transport disruption caused by snow and ice kept people from the shops, and a previous fall of 2.5% in 2016.

Research by Springboard showed footfall was particularly weak last Saturday as parts of the country were hit by Storm Deidre.

Meanwhile, 4.8million Brits will make purchases online, spending £268million on everything from presents to festive food and drink, according to study conducted by the Centre for Retail Research.

Research suggests that the majority of last-minute presents will be bought for mothers, with chocolates, perfume and clothes topping the eleventh-hour gift list.

The mad trolley dash will see Britons spend £2.38million per minute in a much-needed boost for retailers, which have suffered from low sales for much of 2018.

Some stores will stay open for 18 hours to welcome shoppers inside today while Westfield London and Westfield Stratford are among many centres staying open until 11pm.

Bluewater in Kent is expected to see 100,000 shoppers on Saturday with some 90,000 expected at Lakeside in Essex. 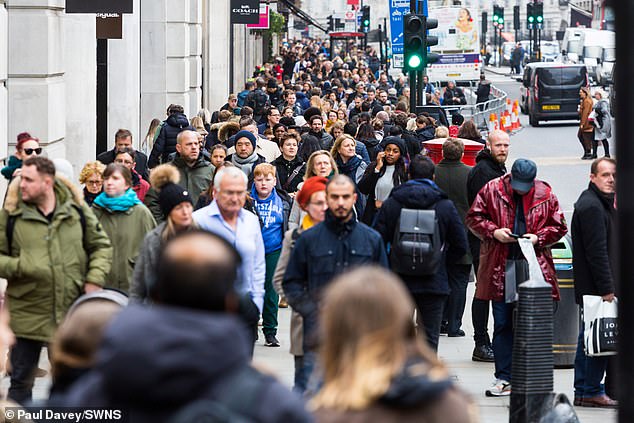 London’s Regent Street was packed with shoppers this afternoon 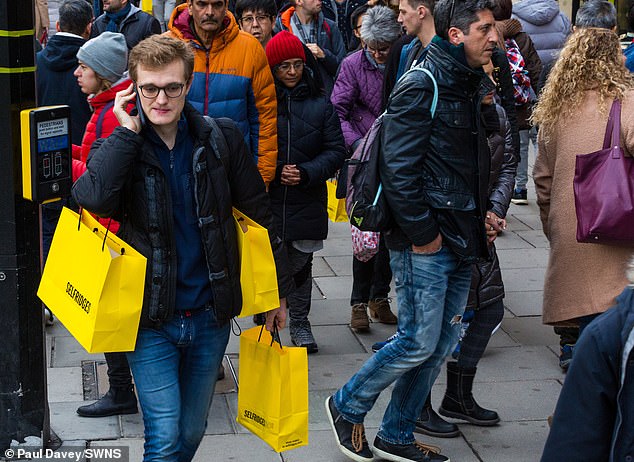 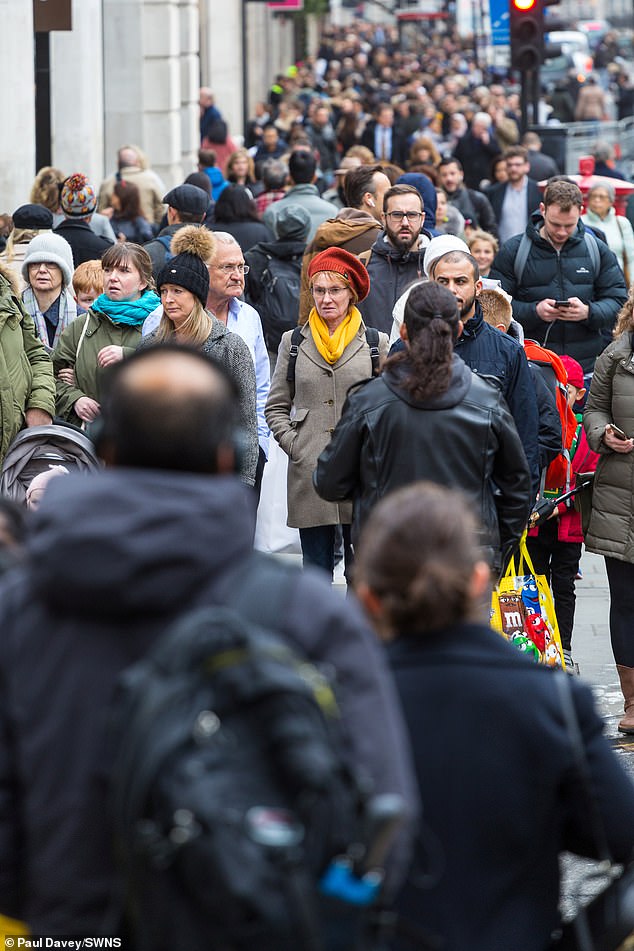 Millions are set to head to the high street to snap up last minute presents. Pictured, Regent Street

Springboard insights director Diane Wehrle said: ‘Footfall peaks on the Friday before Christmas – not the Saturday – when Christmas falls in the first half of the subsequent week.

‘Many consumers use the weekend as part of the Christmas break, for travelling and for visiting family and friends.’

Jimmy New, director of marketing at VoucherCodes, added: ‘Super Saturday will be a big shopping day for both retailers and consumers alike as millions flock to stores looking to snap up last-minute gifts and other essentials before Christmas Day.

‘It’ll certainly be one of the busiest shopping days on the high street so, if you do brave the shops, expect crowds.’