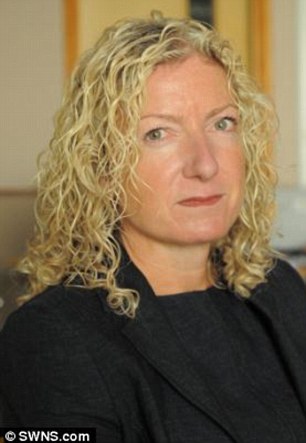 One of England’s strictest head teachers has called for a clampdown on the behaviour of parents as she prepares to leave the country after being sworn at, threatened and vilified by British families.

Seven years after taking on a failing white, working-class school in Kent, Alison Colwell, who hit the headlines when she sent 20 girls home in a day for ‘flashing their thighs’ in short skirts, is to head an international school in Mallorca.

Colwell, principal at Ebbsfleet Academy in Swanscombe, insisted she had not been driven out by the ‘tiny minority’ of parents who opposed her efforts to improve their children’s life chances with a ‘zero tolerance’ approach to bad behaviour.

However, she admitted they would probably be gleeful she was leaving and called on Damian Hinds, the education secretary, to introduce new sanctions for the most aggressive parents.

‘One parent, I am told, has already posted on social media that they have finally worn me down,’ she said.

Colwell said she had been forced to call the police to remove abusive parents from her office, had banned some parents from entering the school without an appointment and had been vilified on a community Facebook page that dubbed her 700-pupil school ‘Colditz Academy’. 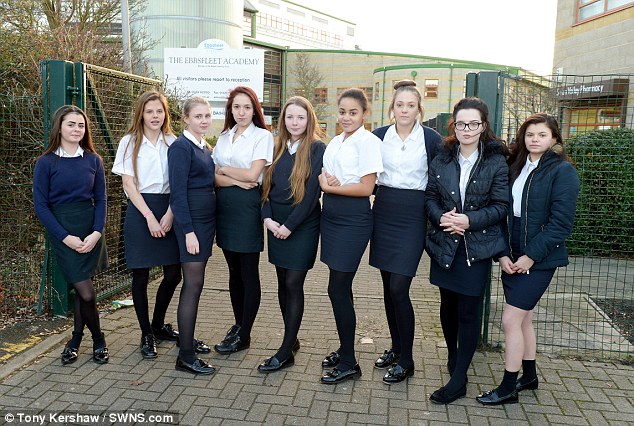 Girls from the Ebbsfleet Academy, wearing the short skirts that are at the centre of the controversy 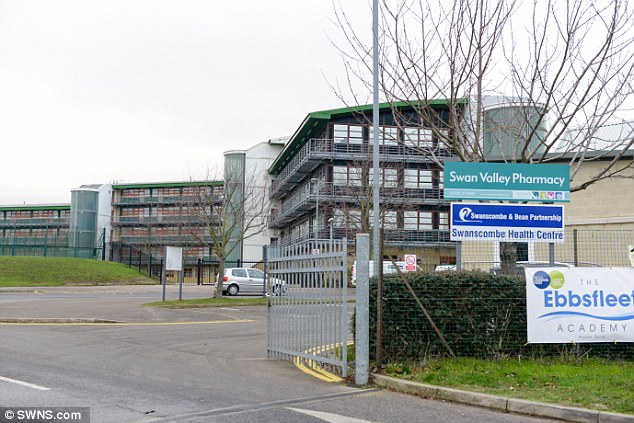 She said she had tried to forget many unpleasant encounters but recalled one parent who, in her first year in charge, ‘stood in reception and, in front of the children coming in, swore at me using ‘f***’ and ‘c***’ ‘.

Almost all the parents who had been abusive to her, she said, were white and working class. They set no rules at home and undermined those at school, dooming their children to failure.

‘The most badly behaved children came from the most chaotic families,’ she said. ‘I once tried to tell a mother she was a bad parent. I got shouted and sworn at even more. It was not a strategy I tried again. My staff had to ask me if I was OK when she finished.’ 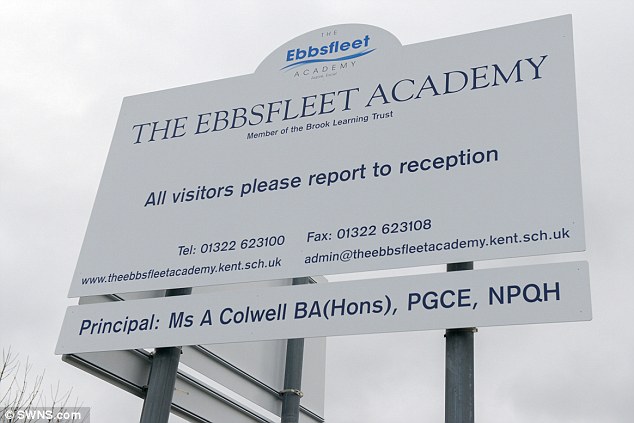 Ebbsfleet Academy has a strict policy which states that girls can wear a navy A-line skirt ”of a suitable length for school, that is, no more than 5cm (2ins) above the knee’

Her regime transformed the lives of some children. She urged pupils to be in bed by 9.30pm, ready to rise at 6am. Her rules included a ban on mobile phones; if found they were confiscated until the next holiday. The proportion of pupils getting five good GCSEs rose from 24% to 60%. Ofsted recently rated the school ‘good’ and praised her leadership.

‘When we first opened the new academy with our new rules and our high standards and our uniform and our high expectations, there was a Facebook page that was really vicious,’ she said. ‘There were personal comments about me. It was really demoralising. That’s why I don’t read it or look at it any more.

‘You have always had difficult families, but with social media the abuse has got much, much worse, more prolific and more vicious. It’s at a whole new level.’ 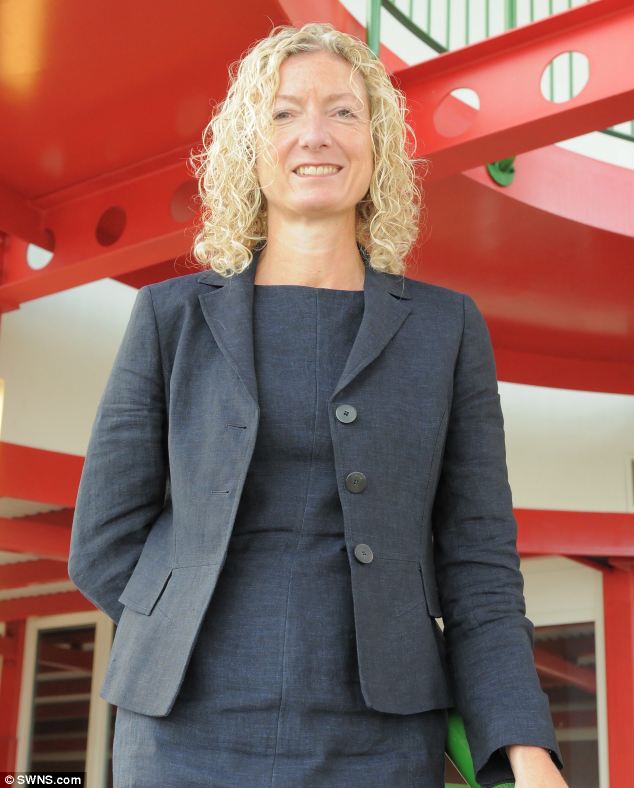 She claimed the flood of UK teachers leaving state education for private schools abroad would surge unless foulmouthed parents are tackled. Colwell is backing a motion at the conference of the NAHT head teachers’ union this week calling for an end to so-called keyboard warrior parents harassing teachers online.

The 52-year-old is writing a book about her 27 years of working in challenging schools in London and the southeast of England. In it she describes encounters with parents, ‘all of which are true’.

They include a mother who brought the letter giving her daughter a Saturday detention into school and tore it to pieces in the reception area, shouting: ‘You can stick that up your f****** arse.’ Another parent confronted Colwell in her office to denounce ‘your silly rules in your Nazi regime. I’ve told my daughter to fight back, not to do what you ask.’ 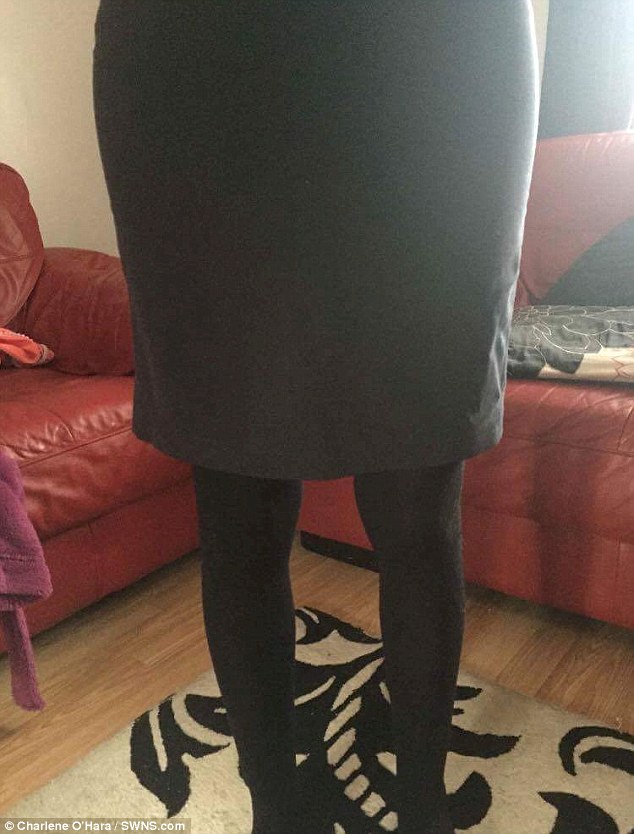 A third told the attendance manager to ‘go f*** yourself’ over a threatened detention for her son. And a father left a phone message to say his daughter would be off school for her brother’s homecoming parade from Afghanistan. It ended: ‘If you have a problem with this you can stick it up your f****** arse because you lot are starting to piss me off.’

Colwell says only in Britain would parents be allowed to behave badly with no redress. ‘What is so special about the British psyche?’ she asked. ‘Other countries hold teachers in high regard.’ When she arrived at the then Swan Valley Community School it was ‘failing on every measure’. Colwell, one of a group of head teachers lauded by the former education secretary Michael Gove, made new rules to change the culture.

Her uniform policy stipulated that skirts should be no shorter than 5cm above the knee. Anyone with heavy make-up or a fake tan was handed a wet wipe. Leaving equipment such as calculators at home resulted in detention. When she brought in the rule that mobile phones would be confiscated until the next school holiday, staff were physically threatened and police had to be called. 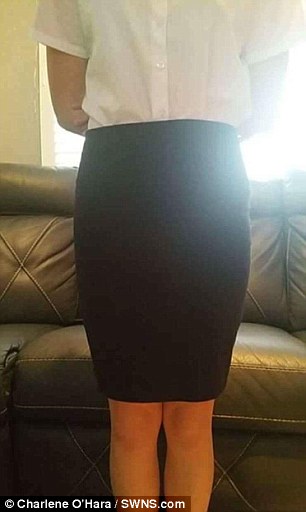 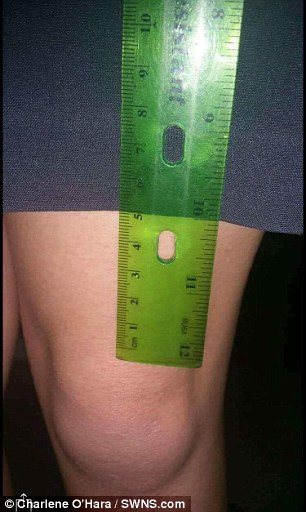 A former pupil showing what length her skirt should be according to Ebbsfleet Academy, where hundreds of girls where sent home due to their skirts being above the knee

‘That’s when we had some of the biggest confrontations with parents, because … they said we’d stolen them. And we said, no, we’ve confiscated them, and quoted the law.

Colwell still loves teaching and hopes her book will inspire others to join the profession. Some children in her charge had heartbreakingly sad lives, she said.

‘I care so much about the children here. I care about their life chances and their aspirations, and everything we do is because of that. So when you get criticised and insulted and told, ‘You don’t care about the kids’, those are the times I cried in my office … [but] for every horrible email or comment I had a dozen lovely and encouraging ones, and that is what I want to remember.

‘I want to remember the girl who thought the only career open to her was hairdressing but now dreams of being an engineer, or the boy whose English essay was so good it made tears well up in my eyes.’