Brexit redux? Lessons for the future from May's deal BRUSSELS (Reuters) – The story of how Prime Minister Theresa May reached agreement on how Britain can leave the European Union offers lessons for the future of Brexit, whatever happens when parliament votes on the deal on Tuesday. 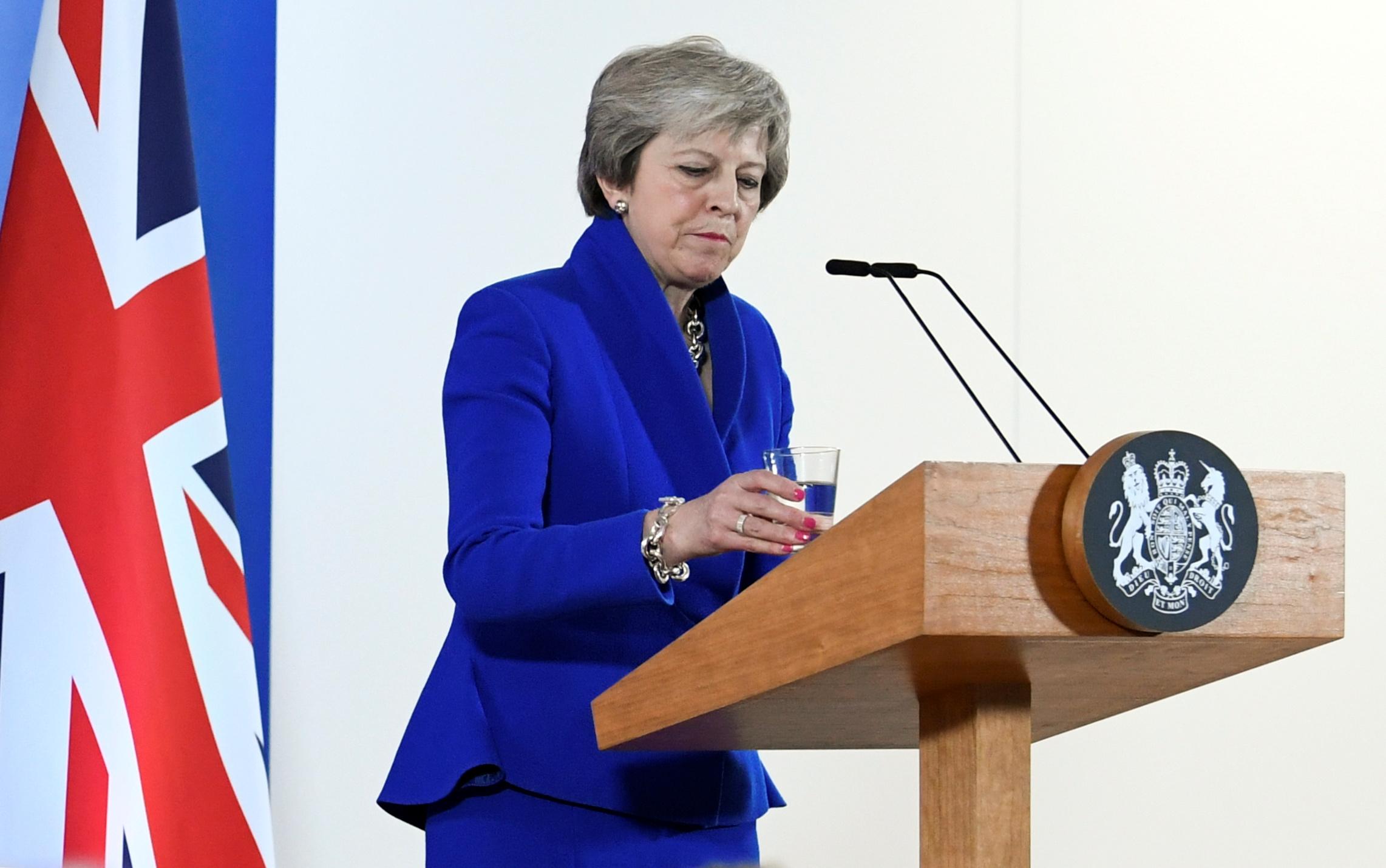 In conversations with nearly a dozen people closely involved on both the British and EU sides of the negotiations over the past two years, Reuters has identified three major themes in the process that will continue to shape a vital economic partnership as officials and diplomats look toward the next phase.

“We could have run round like headless chickens. But we were able to vaccinate member states against the British spin machine we always feared.” – senior EU official after Nov. 14 deal.

British diplomats saw early advantage in negotiating as one country against 27. But if “divide and rule” was London’s tactic on the continent in its days of empire, the tables were turned.

Political rows in London held back British negotiators. The EU by contrast found a unity of purpose that astonished its own leaders. Britons across the table concede it was “impressive”.

From Day One, Brussels rallied the 27 other EU nations, warning that any sweetheart deal to protect trade with Britain could spur copycat demands and unravel the bloc.

Chancellor Angela Merkel notably warned German industry in October 2016 against British “cherry picking” as it would undermine the EU single market that had helped make it rich.

Where British negotiators under May adviser Oliver Robbins had to cope with a cabinet at war and successive resignations of pro-Brexit ministers, EU leaders delegated broad responsibility to Jean-Claude Juncker’s executive European Commission and its negotiator Michel Barnier, a former French foreign minister.

Barnier criss-crossed Europe meeting interested parties from Estonian trade unions to Ulster farmers but also worked within an elaborate system of consultation within Brussels to keep all member states, and EU lawmakers, regularly informed and onside.

By releasing normally confidential negotiating documents, he turned the EU’s inveterate leakiness into a strength, creating a “transparency” that frustrated British efforts to keep offers and demands insulated from the heat of public debate back home.

With his German and French lieutenants, Sabine Weyand and Stephanie Riso, he won trust from leaders. That was vital to get their swift approval for a deal which, when negotiators emerged from weeks incommunicado in “the tunnel” of all-night talks and delivery pizza, surprised many in the EU by offering substantial concessions to London on customs to resolve Irish border issues.

If May manages, on Tuesday or later, to get her deal through parliament, the EU is already preparing to replicate the Barnier model in some form, well aware that talks from April on a future trade pact will test their unity more as all 27 governments seek national goals, from fishing rights to smooth supply chains.

THE HUNT FOR UNICORNS GOES ON

“We’re not after a unicorn – just a horse with a shell on its head”: British official on a customs deal, December 2018

May’s quest for “frictionless trade” after Brexit ran up against Barnier’s contention that it was impossible to match the fluidity of trade once, as the prime minister had insisted, Britain leaves both the EU single market and the customs union.

Efforts to keep trade access after leaving were met with “Barnier’s staircase” – a graphic depiction of levels of access at varying prices, dependent on EU obligations.

But it was the United Kingdom’s geographical status as not quite an island nation that forced future trading relations into the center of the battle over terms for withdrawal – to avoid new troubles in Britain’s province of Northern Ireland through setting up customs posts on the EU-UK land border with Ireland.

The issue of the “Irish backstop” emerged as the main block on a deal a year ago. That it took a year to agree and may yet be the issue that breaks the deal in parliament, underlines how far customs terms and triggering the backstop will remain key.

Also important is that each side interprets the genesis and future of the compromise differently, suggesting trouble ahead.

Barnier’s first Irish solution was to keep Northern Ireland in an EU customs union. That outraged May’s key Belfast allies. She proposed an “all-UK backstop”, keeping a customs pact with the EU until “invisible” hi-tech frontier checks were in place.

EU negotiators derided such future technology as “magical thinking”, a hunt for the “unicorn”, and they feared May was trying to get easy single market access by the back door.

That the compromise backstop, complete with heavy demands on Britain to follow EU rules, says new border technology may later replace customs union rules is seen in Brussels as a way for May to avoid admitting a U-turn on customs to British voters. But for London, that technological solution remains very real.

Keeping the UK in a customs union is just a “bridge” to a high-tech future, British officials insist, not the future itself. And if technology is still elusive, they will not, as one EU official urged, “stop hunting the unicorn”. That, they say, is because automated checks do not mean a perfectly open border, just the appearance of one – not a unicorn but a horse with a seashell on its forehead, as one UK negotiator put it.

THE CLOCK IS TICKING

“The clock is ticking”: chief EU negotiator Michel Barnier, countless times since May filed for divorce on March 29, 2017

Time pressure has played a vital role in the process, from the EU’s push to get May to trigger the two-year countdown by refusing to negotiate with her before she did to the prospect of major disruption in March if London fails to agree a deal now.

Article 50 of the EU treaty was written to avoid prolonged negotiation on withdrawal. Brussels will continue to use that pressure – any extension of talks can only be for at most a year and only with unanimous approval of the 27. And Brussels insists it will be ready for a “no deal” crashing out if needed.

Barnier particularly used time pressure to refuse to discuss future trading relations until after May settled key elements of the divorce – money, citizens and the Irish backstop. British officials found that infuriating and note that, in the end, the Irish border problem was only solved by agreeing to a customs deal that meant indeed discussing future trade terms.

If the deal survives, time pressure will quickly reappear – July 2020 will loom large as a deadline for deciding whether to extend a status-quo transition period to give more time for talks to avoid triggering the backstop. If negotiations stall, business will find itself hurtling toward a new “cliff edge” of disruptive withdrawal when transition ends at end-2020.