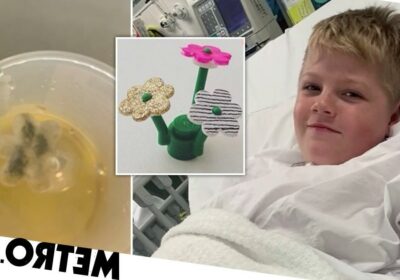 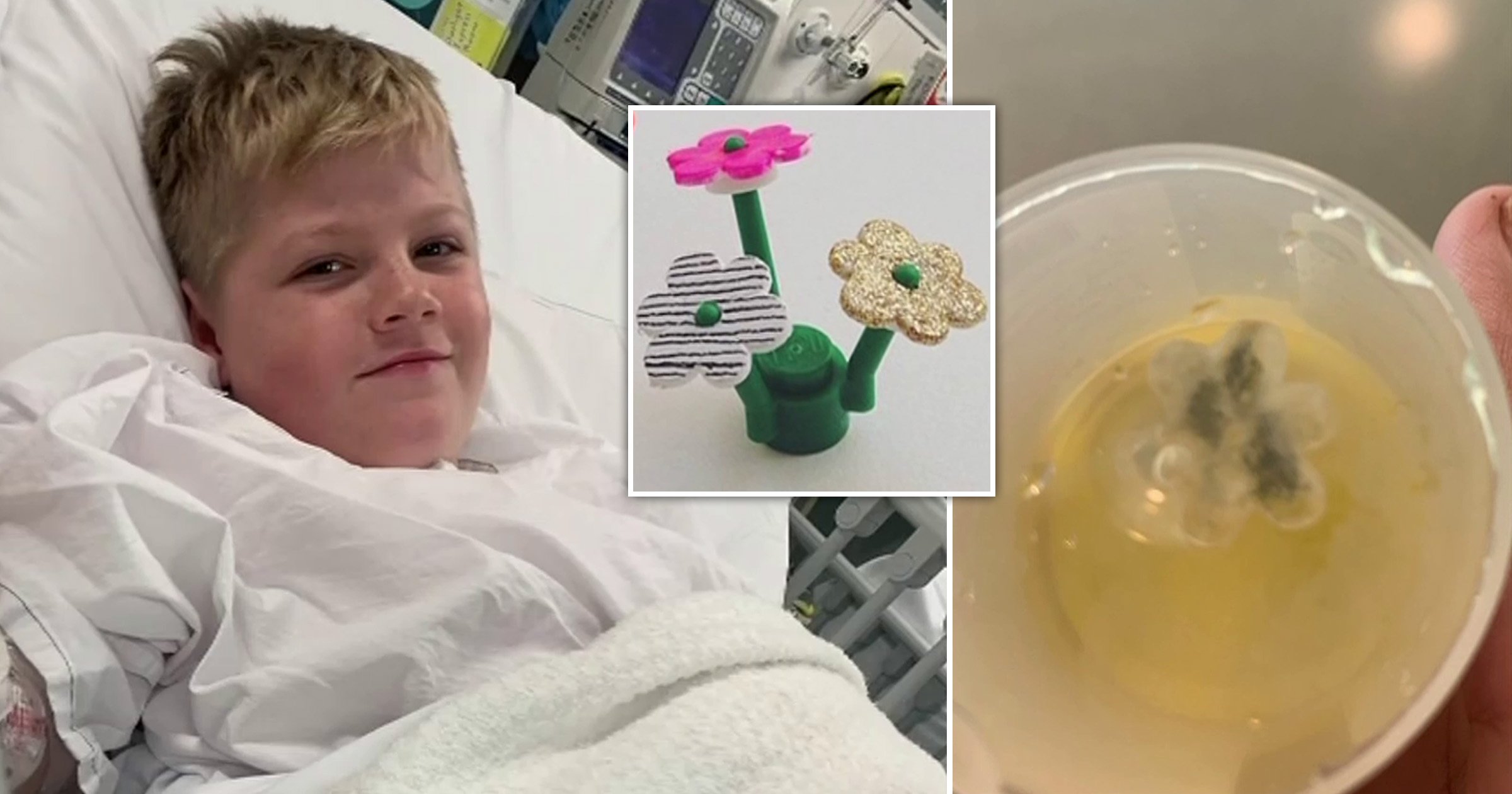 A boy has undergone surgery to remove a plastic toy which may have been stuck in his throat for five years.

After a string of incorrect diagnoses and worsening symptoms, doctors finally discovered the toy jammed in his airway.

Marley’s cough became so severe one day in December he was rushed to hospital while fighting for breath.

After being admitted to an intensive care unit, surgeons discovered and removed the arts-and-crafts flower lodged in his throat.

The boy – who doesn’t speak much – spoke to the breakfast show Sunrise from his bed at Melbourne’s Royal Children’s Hospital.

When asked what it felt like having the piece of plastic stuck in his throat, he replied: ‘Nothing.’

Marley’s mother Skye said her son started having coughing fits while he ate but as time went on he would cough for ‘hours upon hours’ and it was ‘getting scary’.

Marley would also struggle playing basketball and football. His mother was told it was asthma but she knew it was more as the coughing was triggered by food and drink.

She added: ‘I was absolutely shocked. but also really relieved, to be honest, because out of all these years I finally had an answer.

‘My main concern at that point in time was that he was actually born with that condition.

‘Because if he was born with it, he would have had other issues. To know it was caused by a foreign body, it was a slight bit of relief for me.

‘My message to other parents is that if you feel like there is something wrong, just keep pushing for it.

‘I am so glad I did because it means I have him today.’