The parents of a Texas boy whose eardrum was ‘ripped open’ when a screeching Amber Alert came through his AirPods while he was watching a Netflix movie are suing Apple for the boy’s permanent hearing loss.

‘He loved his hearing,’ the boy’s mother Ariani Reyes, of San Antonio, said. ‘It affected him as an athlete and a student.’ The youngster has only been identified as BP in the lawsuit, although pictures of him receiving treatment were included.

Reyes and her husband, Carlos Gordoa, filed suit in Northern California federal court on Monday, claiming their son’s athlete future and his academic suffered after suffered permanent hearing loss from blaring alert over the Apple device.

Last year, on May 17, while the 12-year-old boy was watching Netflix on his smartphone with his wireless AirPods in his ears. He had them on low volume, but an Amber Alert was broadcast of a missing child in the area, according to the lawsuit. 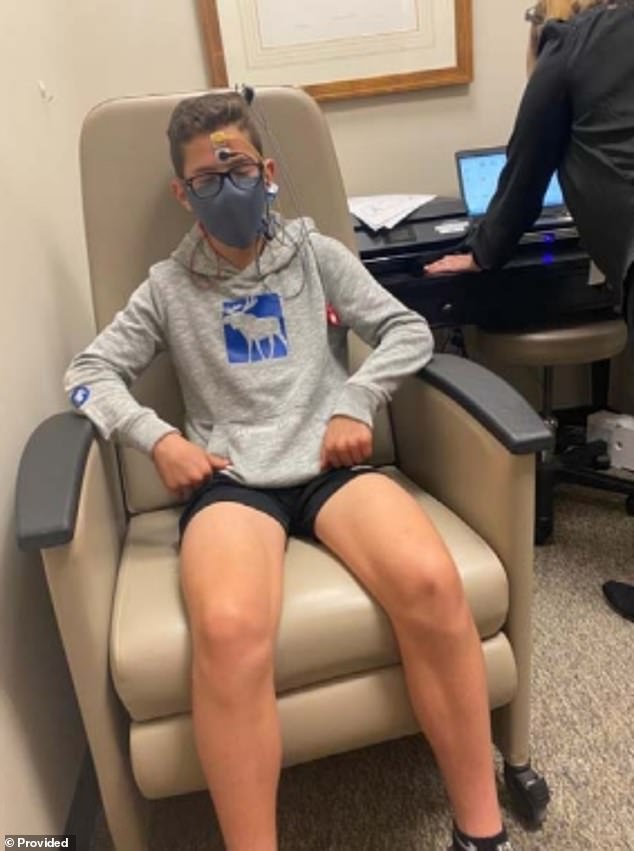 The 12-year-old boy, only identified as BP, pictured here, must wear a hearing aid because of the damaged done by the AirPods 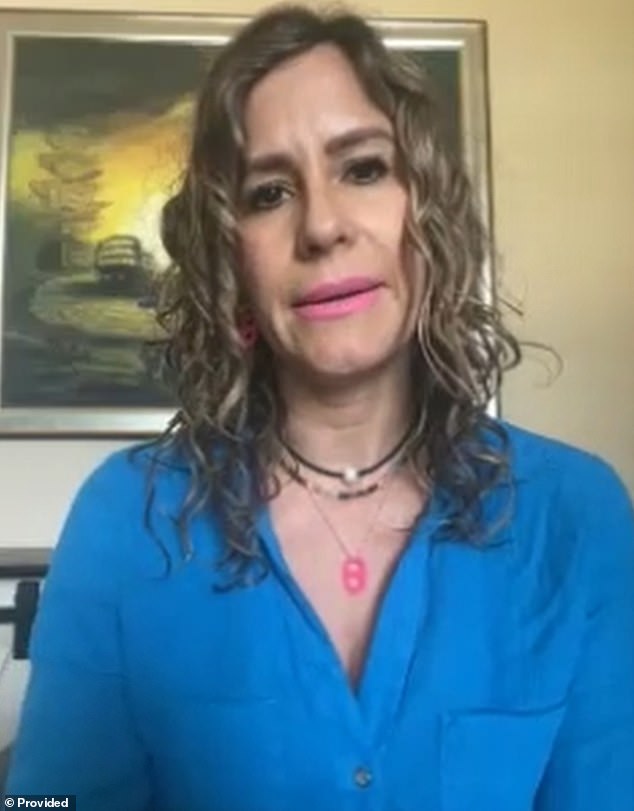 Ariani Reyes, the boy’s mother, says that his soccer career has been cut short because of the damage done by blaring Apple AirPods that he was wearing when an Amber Alert was broadcast

The AirPods suddenly erupted with the blast from the warning, the parents say, ‘ripped open’ his eardrum, damaged his cochlea – an inner ear organ – and caused permanent damage to his hearing.

The boy, only identified as BP in the civil complaint, had a promising future as a soccer player, but now suffers ringing in the ear that affects his performance.

He is an athlete. He’s a soccer player and at the time he was performing very well in his soccer journey and that impacted him in a negative way.’

The boy suffers dizziness and vertigo and must wear a hearing aid for the rest of his life.

‘We are very sad, frustrated,’ the mom said. ‘Also we are a little bit angry because he was just a regular health athletic boy and his life has changed.’

The parents charge that Apple knew that their ear buds were not designed to broadcast Amber Alerts or any sudden loud noise safely, pointing to complaints posted on the company’s online users forum.

‘This has changed,’ Tarafromprovidence wrote in April 2019. ‘When a notification comes through I want to rip my AirPods out, it is so loud! Sometimes I get so startled I jump out of my skin!’

More than 1500 similar such complaints were lodged on the on the Apple forum since then, according to the lawsuit. 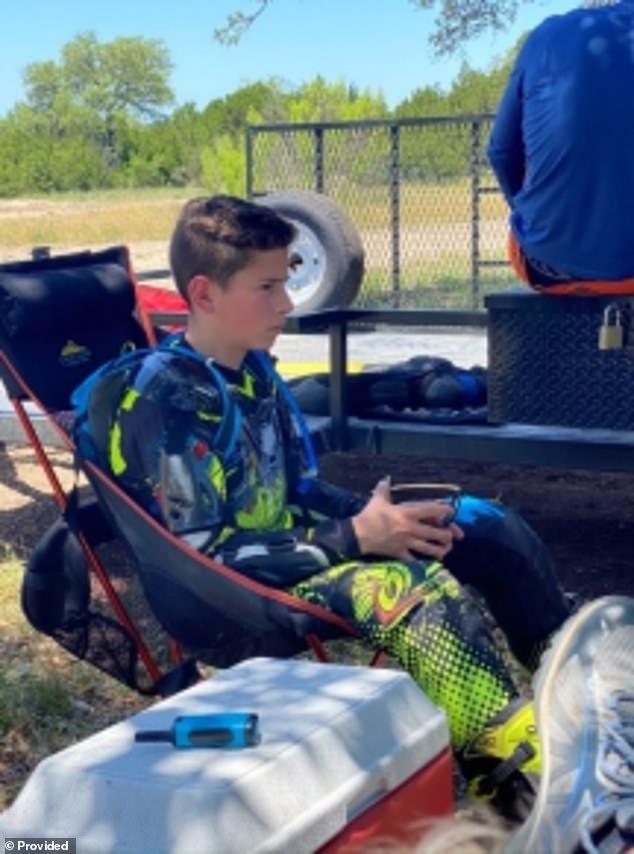 The boy, BP, whose hearing was damaged by blaring AirPods, seen here shortly after the damage was done

The couple says that the electronic device should automatically adjust for sudden loud noises.

‘Had Apple designed the AirPods to self-adjust to safe levels or provided warnings about the volume increases associated with alerts, this boy would be living a normal life,’ the family’s lawyer Tej Paranjpe said.

The boy’s mom said that the company is negligent for not correcting the defect after all the online warnings.

‘You don’t want anything to happen to your kids and you take care of them with all of the precautions. I couldn’t even imagine that this could happen to him. It is sad and frustrating and I get angry as well.’

The family is hoping to get the California computer company to pay for the boy’s medical expenses as well as damages for his physical and mental suffering.

A message left with the lawyer for Apple was not immediately returned.