Boy gives firefighters heartbreaking drawing as thanks for saving him Boy, seven, gives firefighters heartbreaking drawing in thanks for saving him and his father from car crash which killed two

A seven-year-old boy who was saved from the wreckage of a fatal crash along with his father drew a heartbreaking picture for the firefighters who rescued him.

Ollie and his father were driving along the A350 in Wiltshire when their vehicle was involved in a collision with a Ford Mondeo.

Firefighters from Trowbridge Fire Station rushed to the ‘horrific’ scene following the incident on October 28. 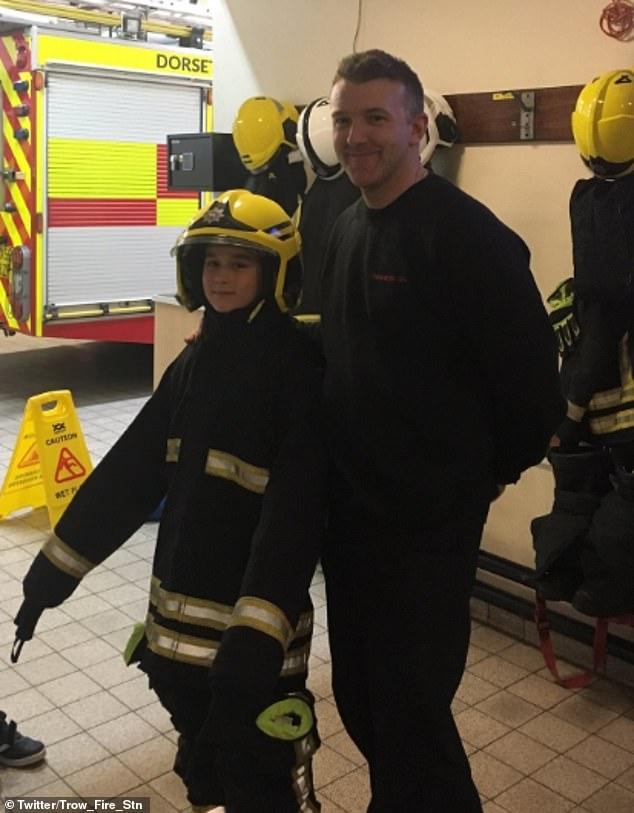 Marek Adamiak, 42, and Radek De, 28, were pronounced dead at the scene following the collision.

Ollie drew the firefighters a picture, thanking them for saving his life.

Above the picture he drew for the firefighter, he wrote: ‘To the fire fighters men and ladies. Thanks for helping me and my daddy on Sunday 28 of October 2018.’ 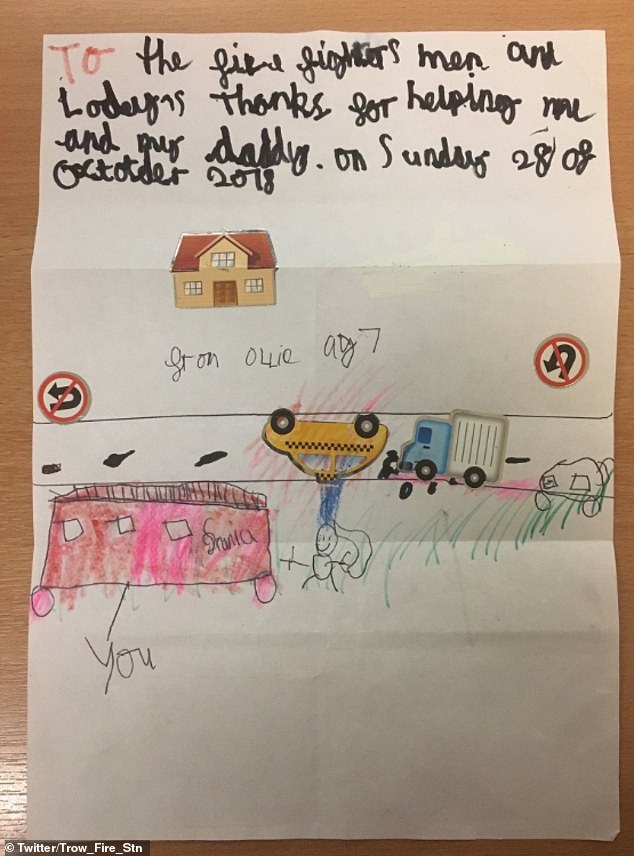 Firefighters tweeted after the accident: ‘No 7yo should have to see what this tot saw.’

After his visit to the station, Trowbridge station wrote: ‘Remember Ollie? Unfortunately he witnessed something terrible.

‘He sent us the attached picture so we wrote back and invited him to the station for a visit. We wanted to check the little man was ok.’ 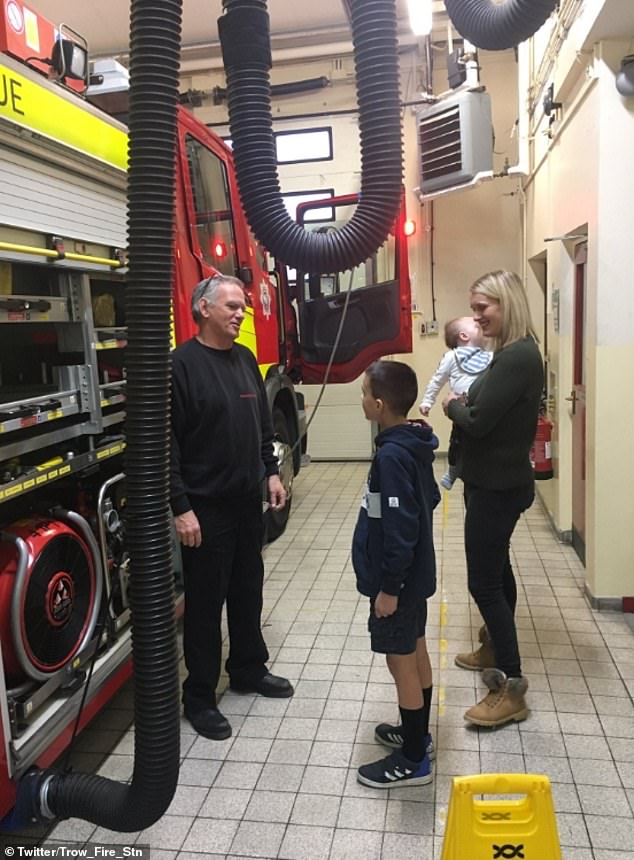 Ollie’s visit to the fire station was applauded by social media users.

Diana Marie said: ‘That is great, hope Ollie is able to feel a bit better after his visit- I’m sure he will have had a great time.’

Another added: ‘Awww Bless him.’