Home » World News » Boy, five, learns he has brain tumour one month after his father died Boy, five, learns he has brain tumour one month after his father, 49, died from the condition that also claimed life of his nine-year-old brother

A five-year-old boy has been diagnosed with a brain tumour one month after his father died from the condition – which also claimed the life of his older brother.

Milo Hughes, from York, found out he had multiple brain tumours soon after the funeral of father-of-four Ian, who had passed away due to a glioblastoma.

The family had suffered further heartbreak six years earlier, when in 2014 Ian and Marie Hughes’ son Oscar, nine, died following a six-week fight with another type of brain cancer, medulloblastoma.

‘It is still heartbreaking, no matter how brave Milo is, to see him throw up, to have to hold him down as they put the dreaded wiggly line in,’ Mrs Hughes said. 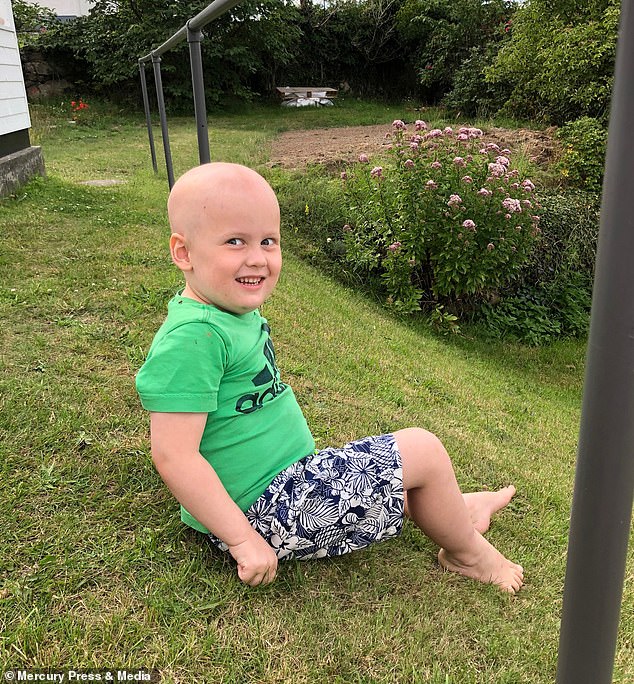 Milo Hughes (pictured), from York, found out he had multiple brain tumours soon after the funeral of father-of-four Ian, who had passed away due to a glioblastoma 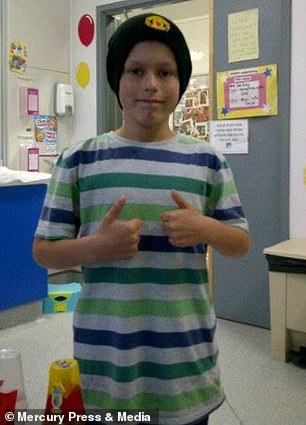 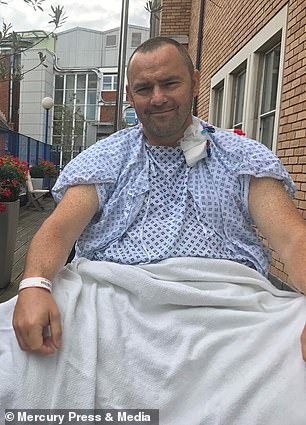 Pictured: Ian Hughes (right) who was diagnosed with a glioblastoma in 2019 and Oscar (left) who passed away in 2014 following a six-week fight with medulloblastoma

‘The other night he turned to me and said “I don’t want to die mum” and I can promise nothing and help little because although he says “it’s my body and you can’t do anything to it I don’t want” we both knows that really what needs to be done will be done.

‘I wonder if I will ever become immune to the pain around me, but of course you don’t.’

Milo’s father was diagnosed with a glioblastoma in 2019 after suffering a seizure. He died later in a hospice, leaving behind sons Sebastian, 17, Lucas, 11, and Milo.

Oscar was diagnosed in 2013 after doctors found a mass on his brain while investigating why he was so exhausted.

Mrs Hughes added: ‘One early February morning, I heard a big bump from upstairs with lots of noise and told the boys to stay on the sofa whilst I ran up. 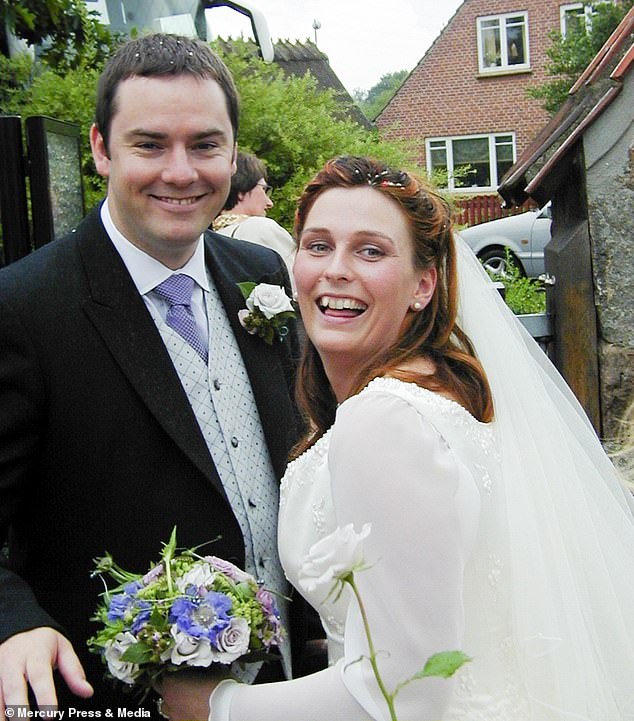 Milo’s father Ian (pictured with Marie) was diagnosed with a glioblastoma in 2019 after suffering a seizure. He died later in a hospice, leaving behind sons Sebastian, 17, Lucas, 11, and Milo Pictured: Mr Hughes with wife Marie and their sons Sebastian, Milo and Lucas

‘Ian was having a massive seizure so I called 999 straight away. He was rushed into hospital and scanned and they found a mass on his brain.

‘We were absolutely gutted.

How do genetics impact your risk of developing a brain tumour?

Brain tumours are diagnosed in more than 11,000 people in the UK each year.

Of these, around half are found to be cancerous.

They develop when a growth of cells in the brain begins to multiply in an uncontrollable way.

An individual’s risk of developing this cancer can depend on many factors, including age, genetics, lifestyle and environment.

Risk is higher for those who have a close relative – ie. a parent, sibling or child – who has had a brain tumour.

A small number of these masses are related to genetic conditions, with those who have specific rare syndromes at increased risk.

Brain tumours can either be benign – non-cancerous – or malignant, which are high-grade, cancerous masses.

Symptoms vary depending on the part of the brain affected, but include:

‘The two of us were in disbelief as not only had he survived a different type of cancer only three years before but the fact it was a brain tumour was just shocking.

‘I remember sitting in the A&E unable to speak as I just had no words for him. We both had an immediate feeling of doom.’

Milo is now undergoing chemotherapy, and has suffered hair loss and extensive permanent loss of vision and hearing due to his condition.

But his mother, 44, said despite the tumour, he ‘looks like a healthy active boy,’ who often sings and dances on his way back from the hospital.

Mrs Hughes, who runs a charity dedicated to Oscar, said: ‘Looking at Milo you’d think he was sailing through this apart from a few days which has seen him be sick every couple of hours day and night.

‘Halfway through the fourth round of chemo and he couldn’t wait to get in the paddling pool again. He sang, danced and laughed on the way back from the hospital.

‘Oscar died before Milo was born but it’s not difficult to find the similarities between them. The strength that pulled Oscar through is what is also pulling Milo through.

‘Oscar didn’t lose the fight because that would imply there was a fair fight to be had.

‘Oscar died but he had a great life and Milo is having a great life even through treatment and that’s where we are.

‘I have stopped looking to the next scan and we just live now.’

Mrs Hughes met her husband in a pub 19 years ago, and the pair moved in together after two months before marrying two years later.

They had always dreamed of settling down and having a family.

She said: ‘I will always be grateful that I got to be loved by Ian and that my children had just him as a dad.

‘Ian and Oscar were both huge Manchester United fans and had season tickets together with Sebastian.

‘Ian and Oscar’s love for sport meant they shared so many things together.

‘Oscar was exceptionally sporty, he took it to a different level.

‘At 6.30am before school, we’d hear a ball hitting the side of the house and we’d know he’d got up early again, got himself dressed and gone out to play tennis or football.

‘All of the boys are incredibly resilient and I think Ian and I worked as such a great team together because we wanted the same – a family to love.’