BORIS Johnson has promised that he is the only one who can defeat Jeremy Corbyn AND deliver Brexit as he officially kicked off his campaign to become Britain's next prime minister.

The Tory frontrunner pitched his bold vision for a post-Brexit Britain and warned that the Tories will "kick the bucket" if they fail to get us out of the EU by October 31. 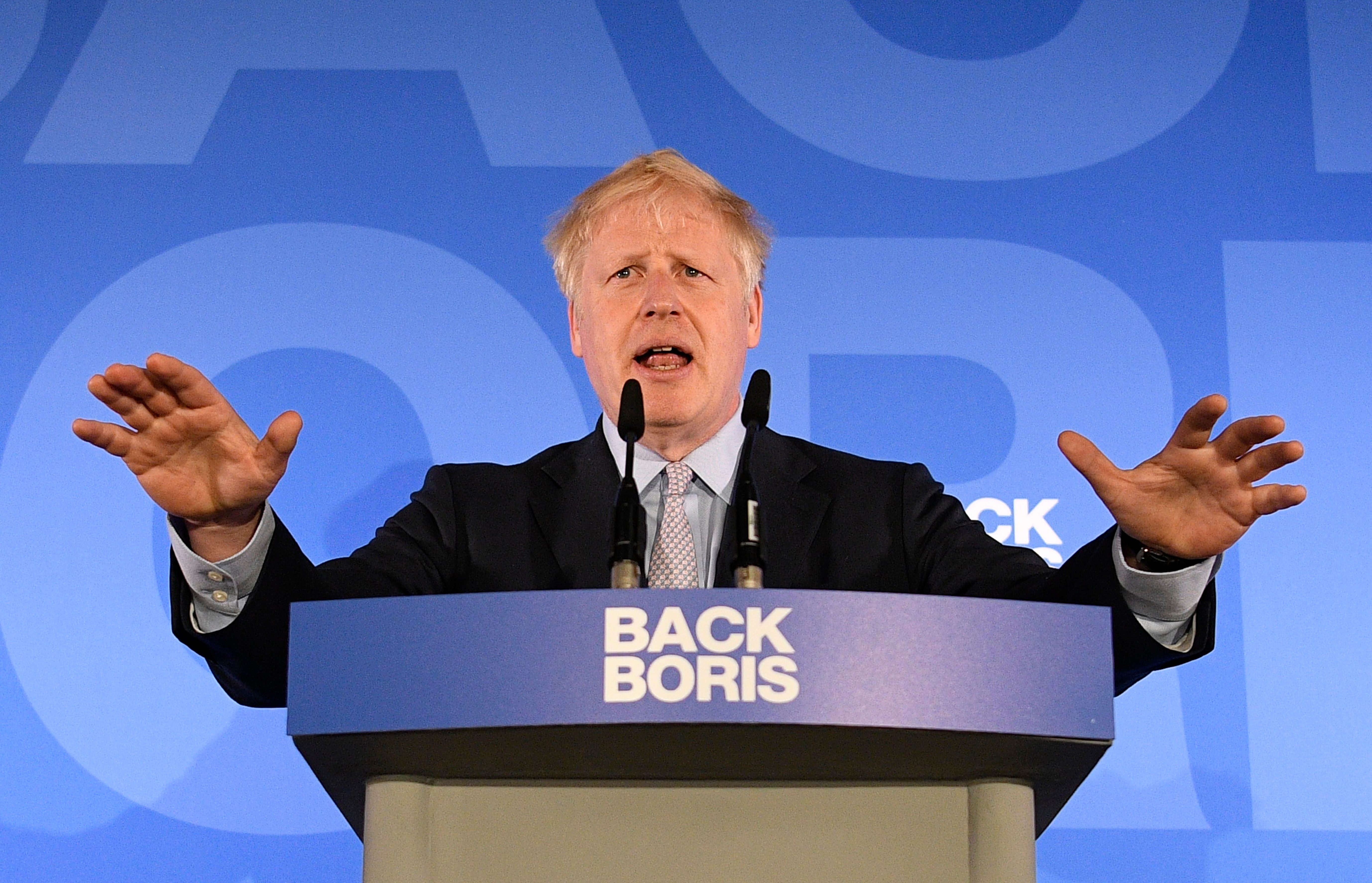 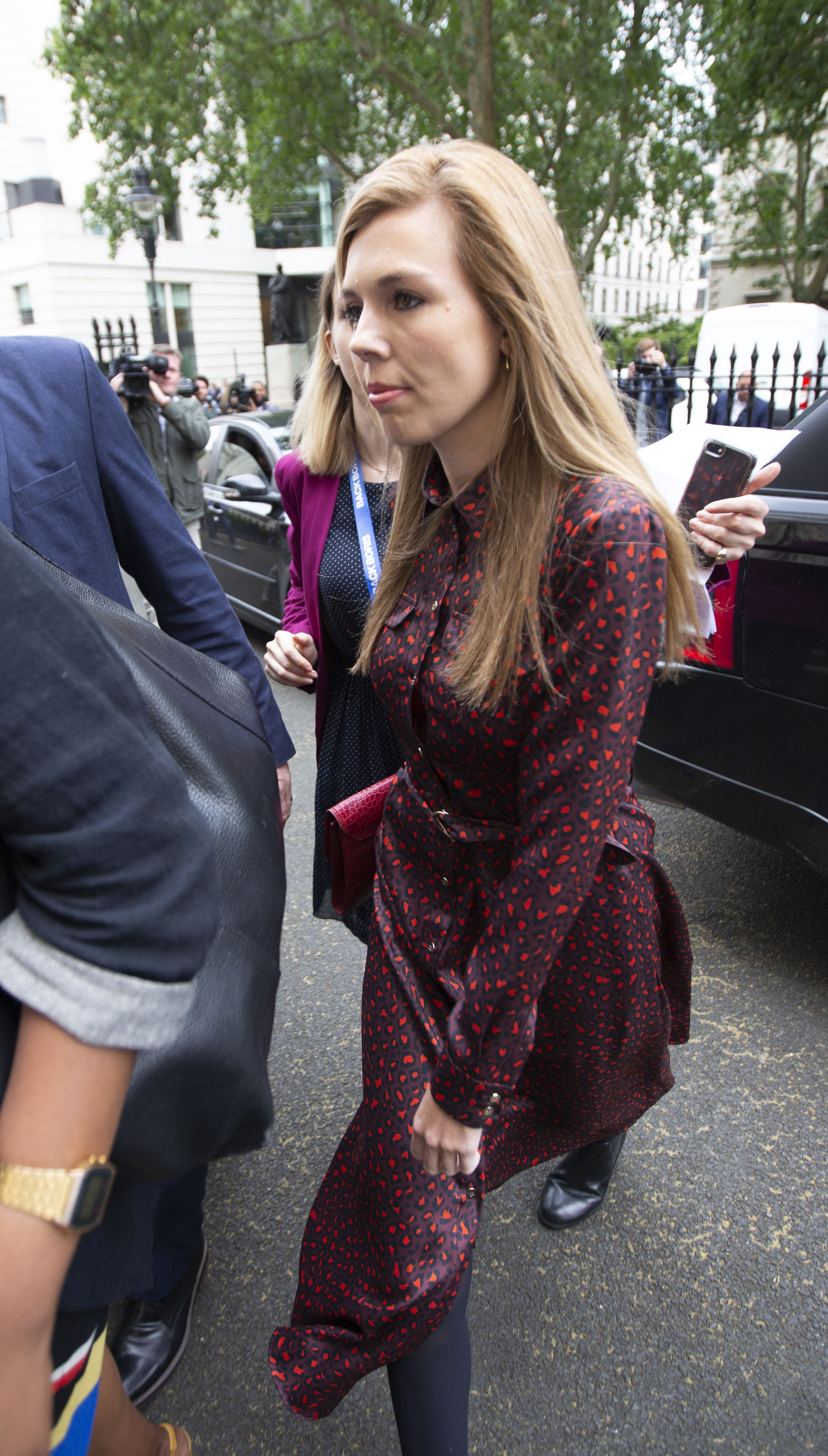 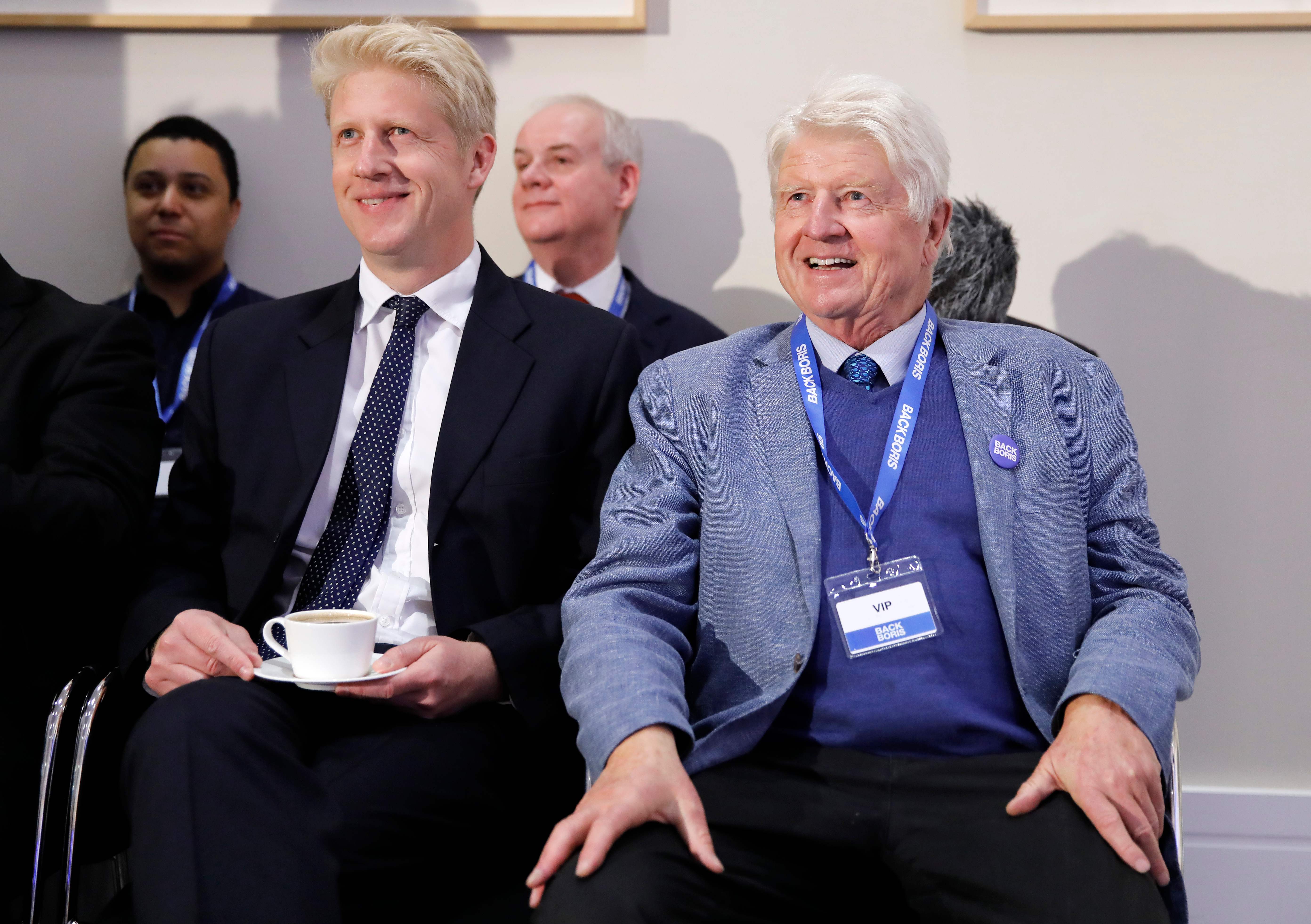 The big beast has formally launched his campaign after weeks of anticipation – warning: "Kick the can and we kick the bucket."

With just hours to go before MPs vote for the first time tomorrow on who they want to be their next leader:

He told supporters in Westminster earlier: "Now is the time to remember our duty to the people and the reasons for the Brexit vote.

"They wanted to be heard.

"We cannot begin that until we have delivered on the primary requirement of the people, that they asked us to do.

"After three years and two missed deadlines, we must leave the EU on October 31.
"We must do better than the current withdrawal agreement, that has been rejected three times."

And pledging to take us out of the EU on October 31 with or without a deal, Mr Johnson blasted: "We simply will not get a result if we give the slightest hint that we want to go on kicking the can down the road with yet more delay.

"Delay means defeat. Delay means Corbyn. Kick the can and we kick the bucket."

But he appeared to soften his hardline position on a No Deal, saying he didn't want to go for a No Deal, but would get ready just in case.

"I am not aiming for a No Deal outcome," he said.

After three years and two missed deadlines, we must leave the EU on October 31

"I don't think we will end up with any such thing but its only responsible to prepare."

Urging MPs to "come together, get this thing done" he said that if MPs blocked Brexit "we will face mortal retribution from the electorate".

And he dismissed calls he was unfit to be PM, promising to "rise to the challenge" of finally getting us out.

"I am not going to pretend it will be plain sailing, there may be bumps in the road," he warned.

"But my team will hit the ground running.

"I think we will get the result – a sensible, orderly Brexit that allows this country to flourish on a great mission."

Partner Carrie Symonds was by his side for the official launch, alongside dad Stanley Johnson and brother Jo too.

He was also flanked by a series of allies from across the Brexit spectrum – from ERG big-beasts Steve Baker, Iain Duncan Smith and Jacob-Rees Mogg, to Cabinet bigwigs Liz Truss and James Brokenshire.

Boris issued a blistering attack on Labour boss Jeremy Corbyn over anti-Semitism, saying "he and what he stands for are a real threat to our fundamental values and our way of life".

"I will do absolutely anything I can… to prevent the government of the UK from passing into the hands of those who by their total disdain for wealth creation and their contempt for the normal aspirations of millions to improve their lives, would compromise our ability to fund the NHS and so much else besides," he said.

And he today pointed to his track record beating Labour's Ken Livingstone in London as proof he can see him off.

He said: "The last time I faced an emanation of that Marxist cabal I defeated him when the Conservatives were 17 points behind in London. And we can do it again."

When asked whether he'd ever done anything illegal, he confessed: "I cannot swear I have always observed the top speed limit of 70mph."

But he dodged a direct question on whether he regretted taking class A drugs, saying: "I think the account of this event when I was 19 has appeared many many times."

He apologised for any “offence” caused over his controversial comments comparing Muslim women to “letter boxes” but insisted he would continue to “speak as directly as I can” if he ever becomes PM.

The Brexiteer promised to push the merits of "free market capitalism" to "support the poorest and neediest in society".

Attorney General Geoffrey Cox introduced him as the "a leader who can unify the Conservative family and outcampaign and outfight Jeremy Corbyn and Nigel Farage at any time and in any corner of our country."

And he got a boost from a poll which suggested he is the only contender who could win a solid Commons majority for the Tories. 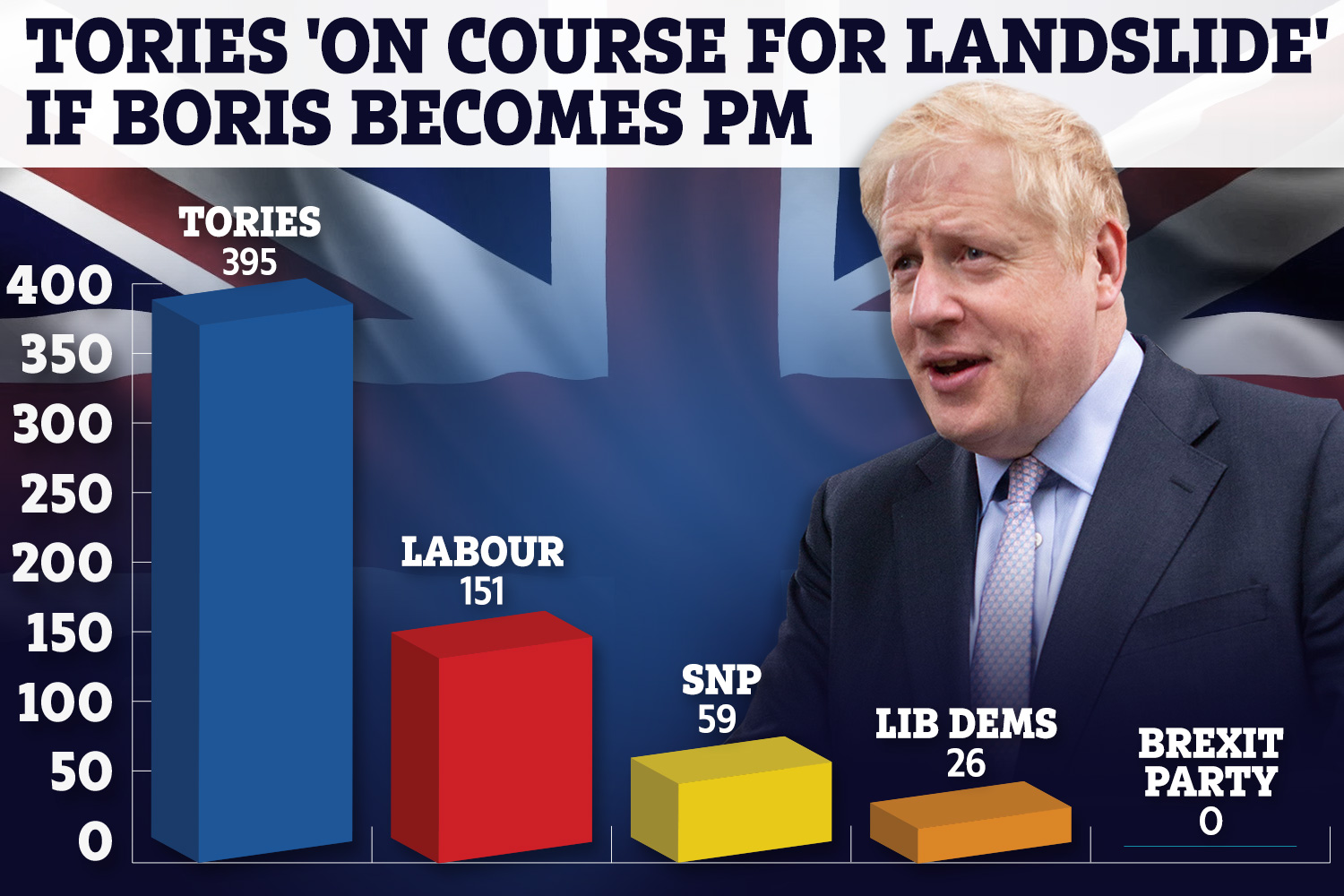 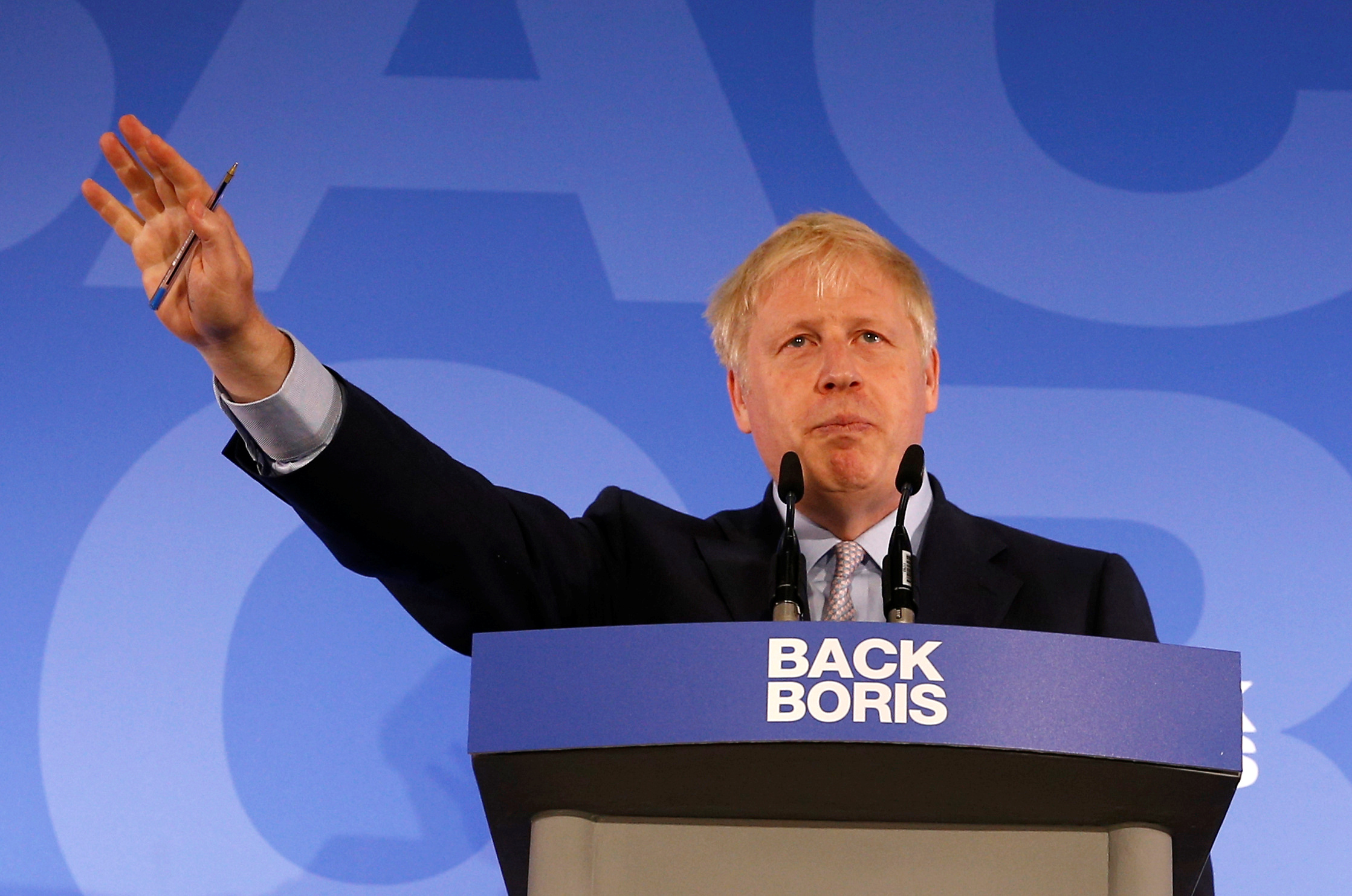 A ComRes poll for the Daily Telegraph found that Boris is the candidate who would boost the Tories at the polls the most.

If Mr Johnson became PM, 37 per cent of voters said they would vote Tory with Labour on 22 per cent, Lib Dems 20 per cent and Nigel Farage's Brexit Party getting 14 per cent.

According to Electoral Calculus, that would give the Conservatives 395 seats – far ahead of Jeremy Corbyn's party on 151.

The Brexit Party would fail to pick up a single MP if those results came to pass.

The 140-seat majority would be the Tories' largest since Margaret Thatcher smashed Labour in 1983.

But some other pollsters warned against drawing firm conclusions based on the hypothetical results of a single survey. 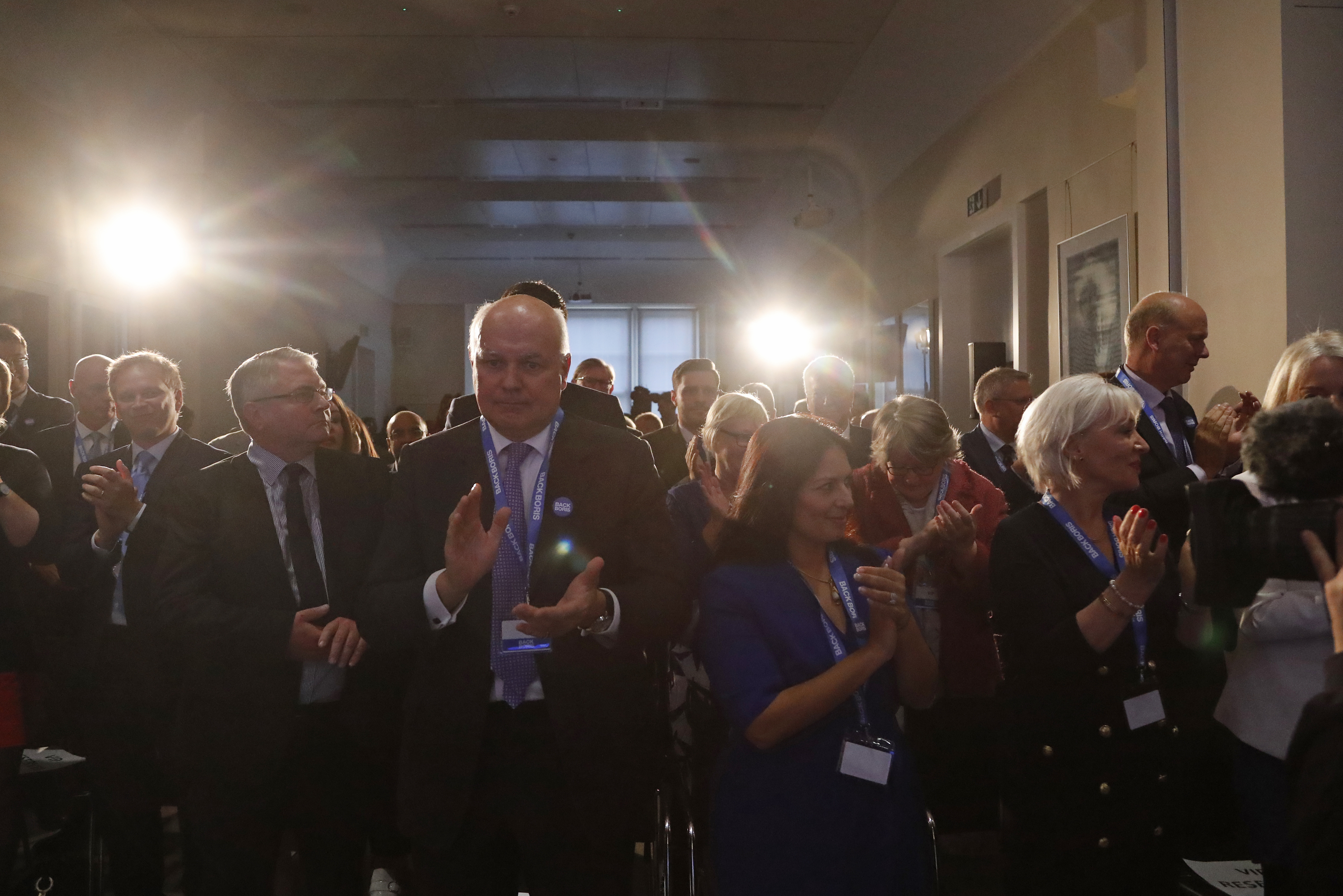 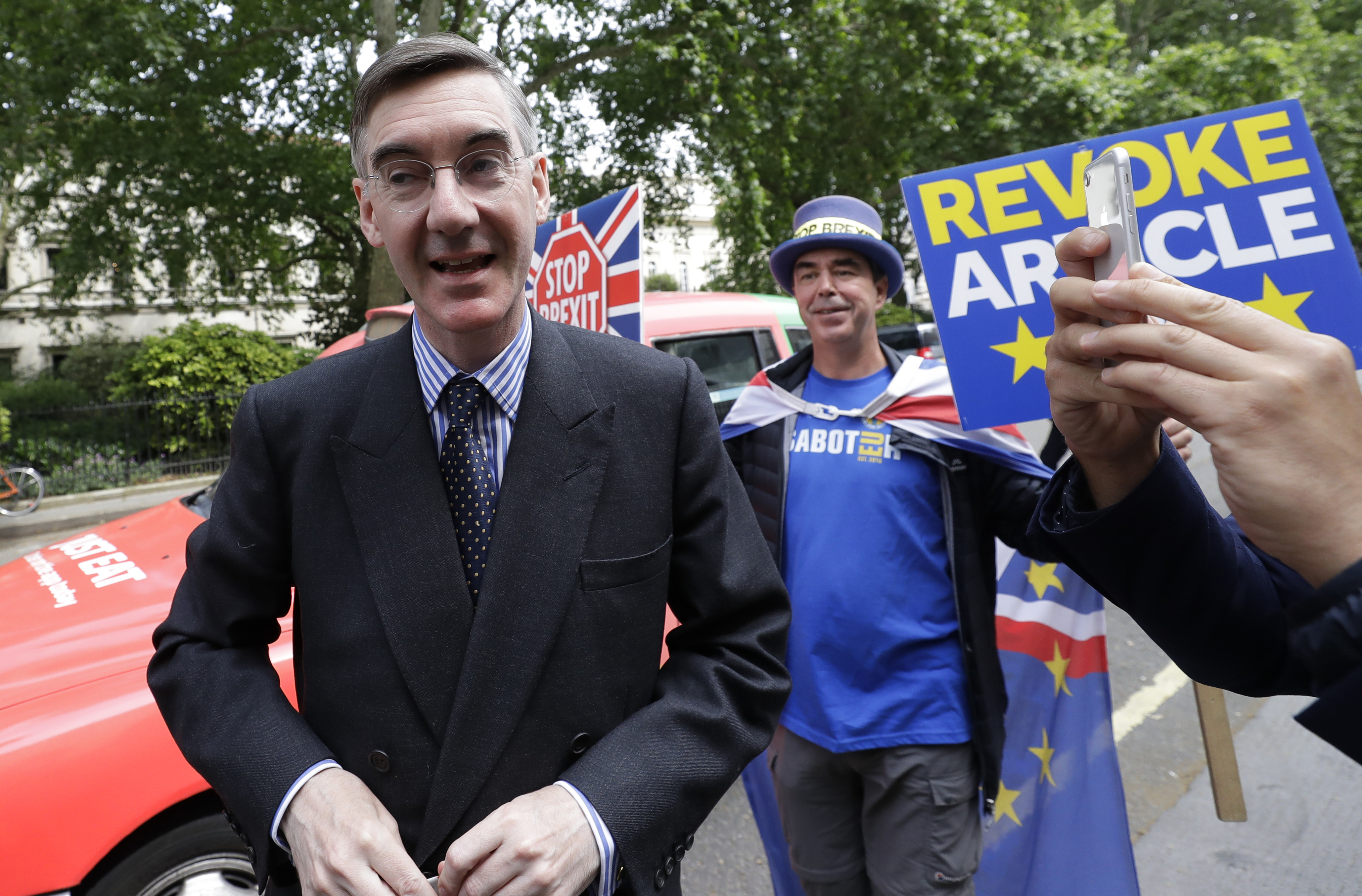 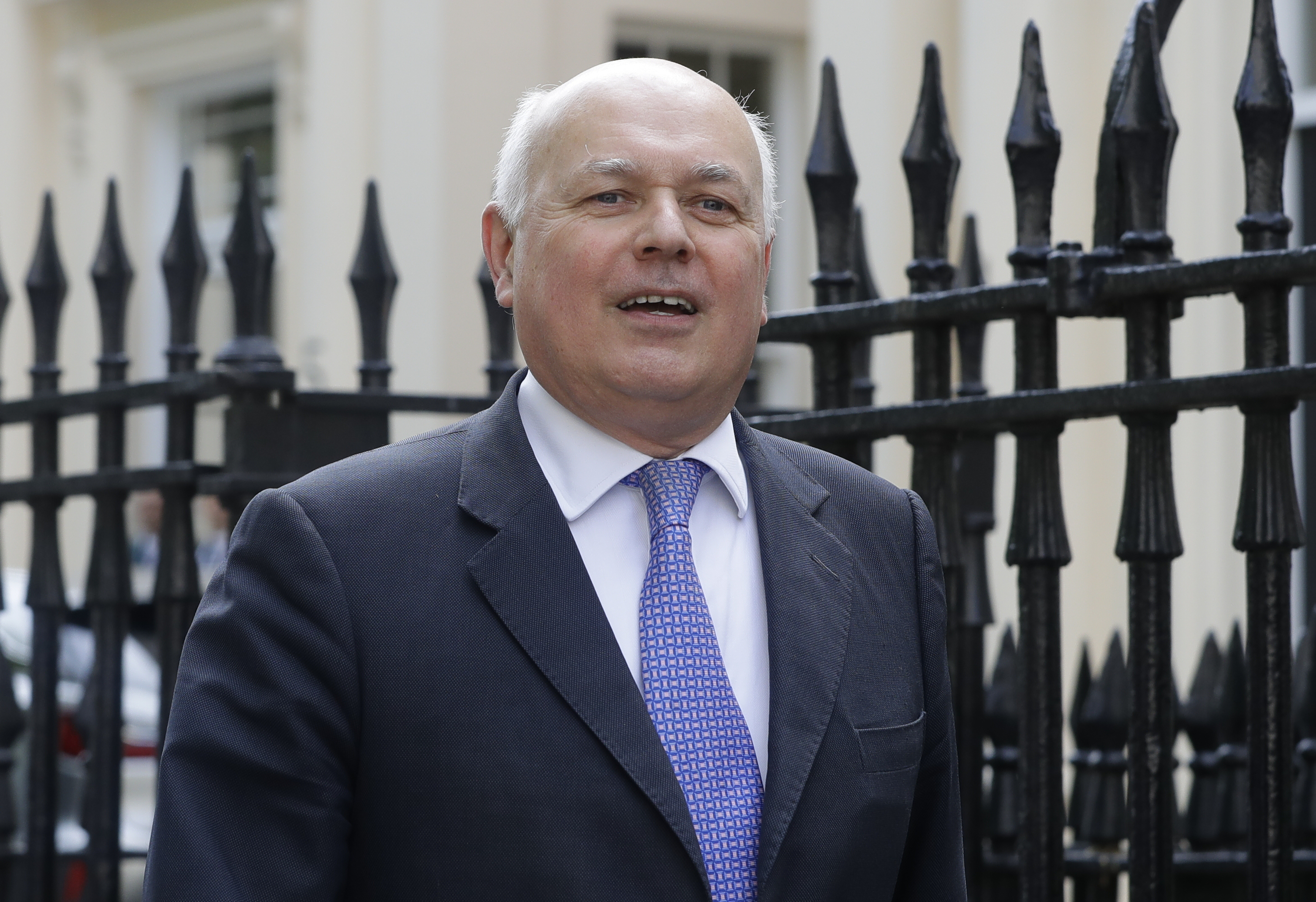 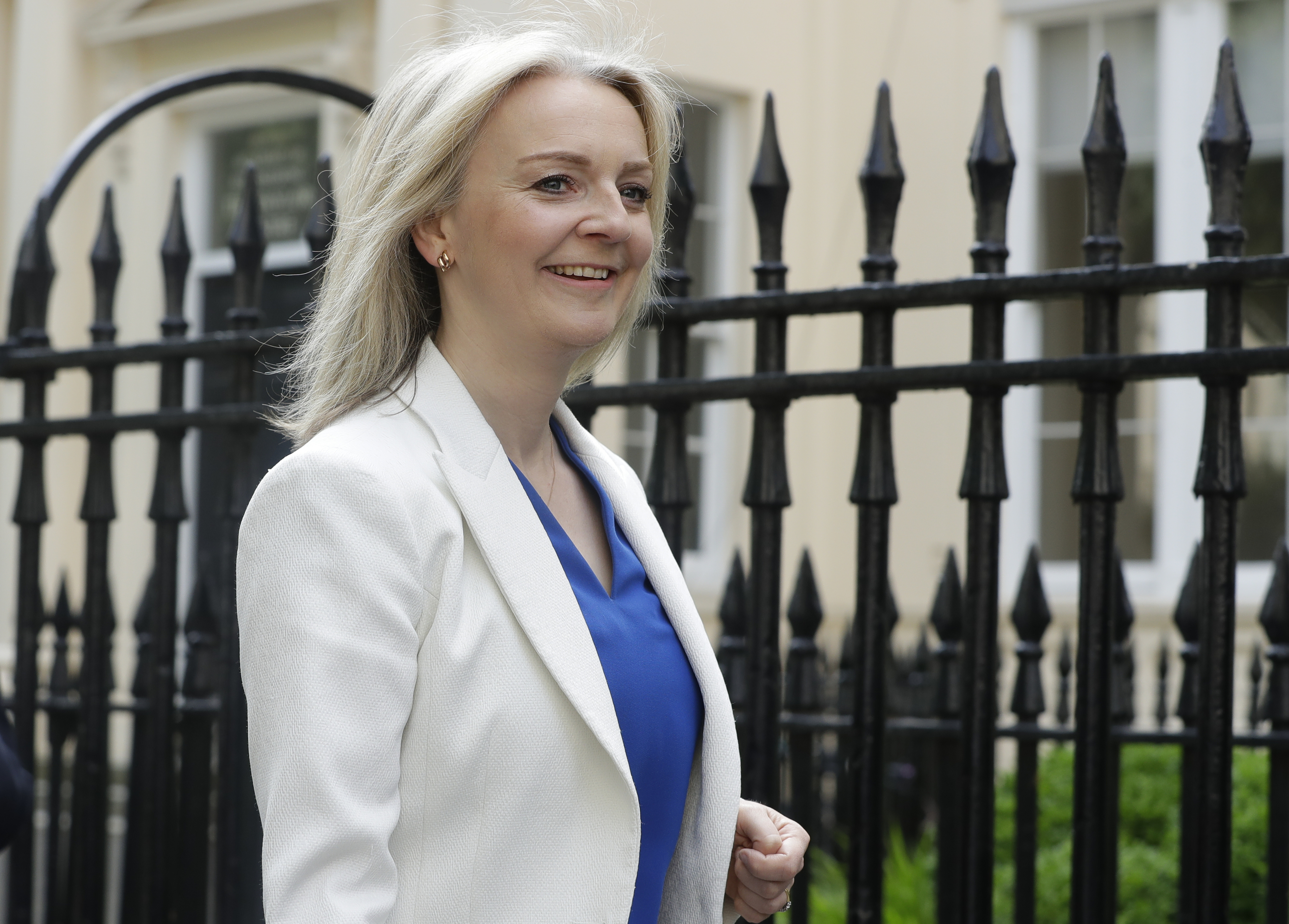 Kick the can and we kick the bucket

Today Steve Barclay, the Brexit Secretary who has been masterminding the EU withdrawal agreement, announced he was supporting Boris.

He said: "We must leave on the October 31 – any further delays will continue to fracture public trust in not only our democratic system but also the Conservative party.

"We need a leader who will deliver Brexit and who has the ability to defeat both Corbyn and Farage."

Treasury Secretary Liz Truss added that the Halloween deadline for Brexit was a "do-or-die date".

The Sun revealed today that an array of top business bosses are backing Boris as the leader to "inspire" Britain.

Even MPs who don't support him are increasingly concluding that his victory is incredible – one told The Sun: "Of course Boris is going to win, as long as he doesn't drop the vase again."

Mr Gove is still battling to rescue his campaign after he was forced to admit taking cocaine.

Today his wife, journalist Sarah Vine, came to his defence and insisted he was right to come clean about his past.

Describing how her "ashen-faced" husband faced the initial drug claims, she wrote in the Daily Mail: "Just be honest, I told him. Tell the truth on television, rather than shy away or dodge questions.

"Face up to it and accept the consequences, however embarrassing and damaging they may be.

"It would have been better, of course, not to have done it in the first place. But given that he did, lying about it would only make things worse."

Mr Hunt is positioning himself to take on Boris in the final shortlist of two after Mr Gove's struggles.

Today Business Secretary Greg Clark endorsed him, saying: "I feel Jeremy has a clear understanding of how important it is to have a deal and to pursue the trading relationship with the EU that I believe is vital."

He is set to say: "A leader is not just for Christmas, or just for Brexit."

Timetable of Tory leadership election which will pick new PM

June 7: Theresa May stood down as party leader but will continue as PM until her successor is elected

June 10: Nominations for the leadership closed with ten candidates entering the race

June 22: Second stage begins where votes shift from MPs to party activists who will choose between final two candidates

July 22: Result announced this week, in time for Commons recess to begin

Tomorrow morning Tory MPs hold their first ballot in the leadership election with ten candidates still in the race.

Any contender who fails to win the support of at least 17 colleagues will be knocked out.

The remaining challengers will go forward to a second ballot on Tuesday with the final shortlist of two set to be picked by the end of next week. 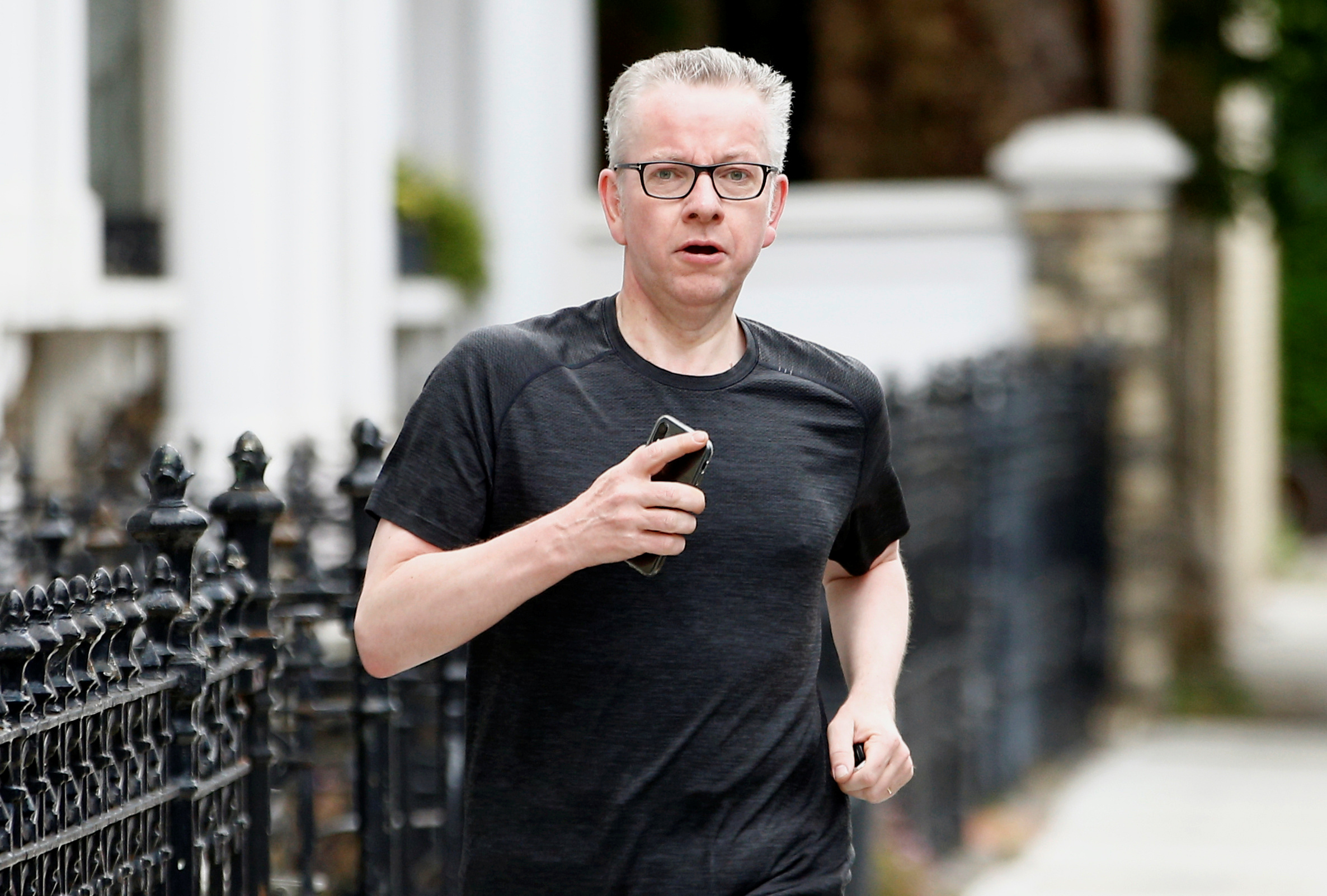 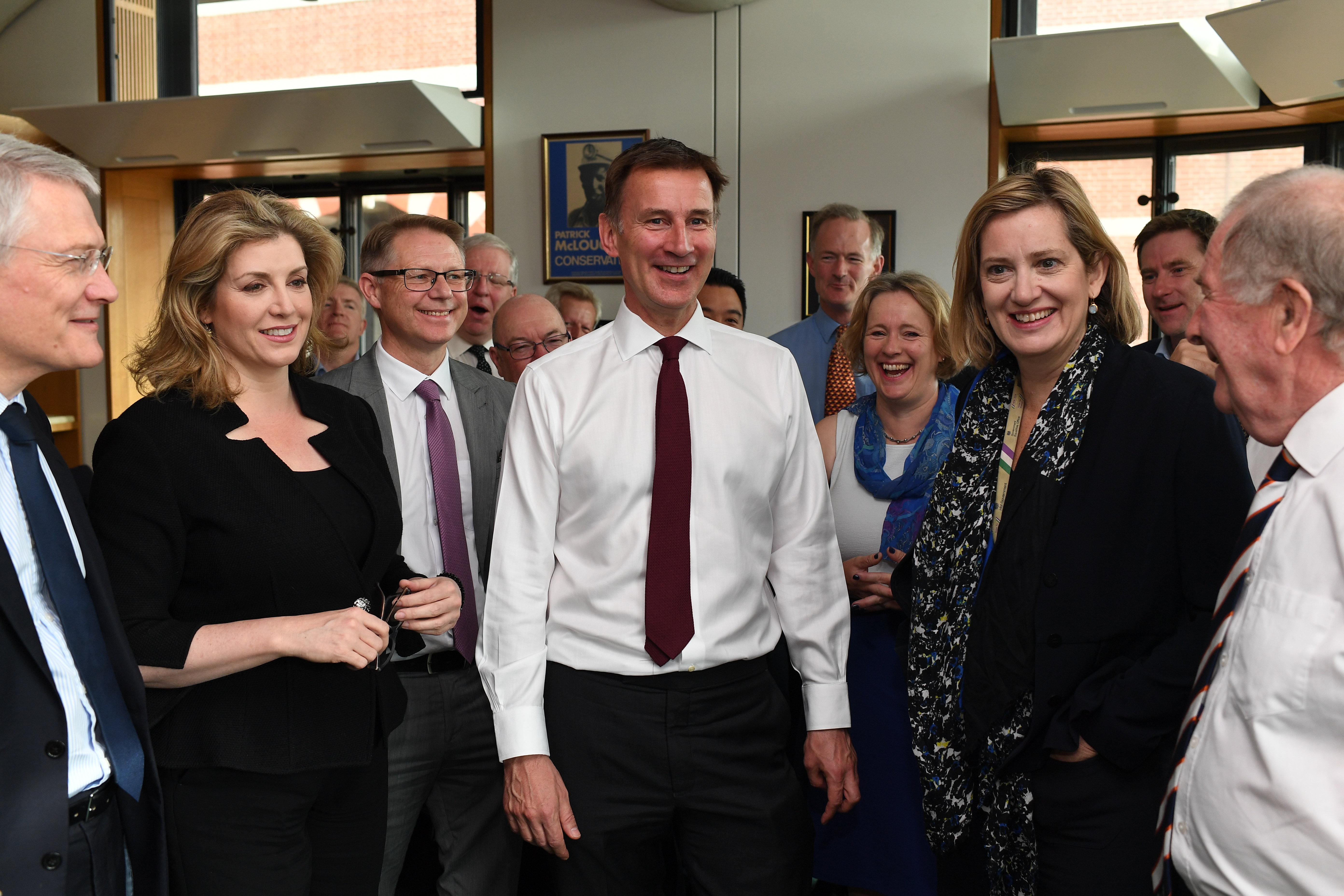 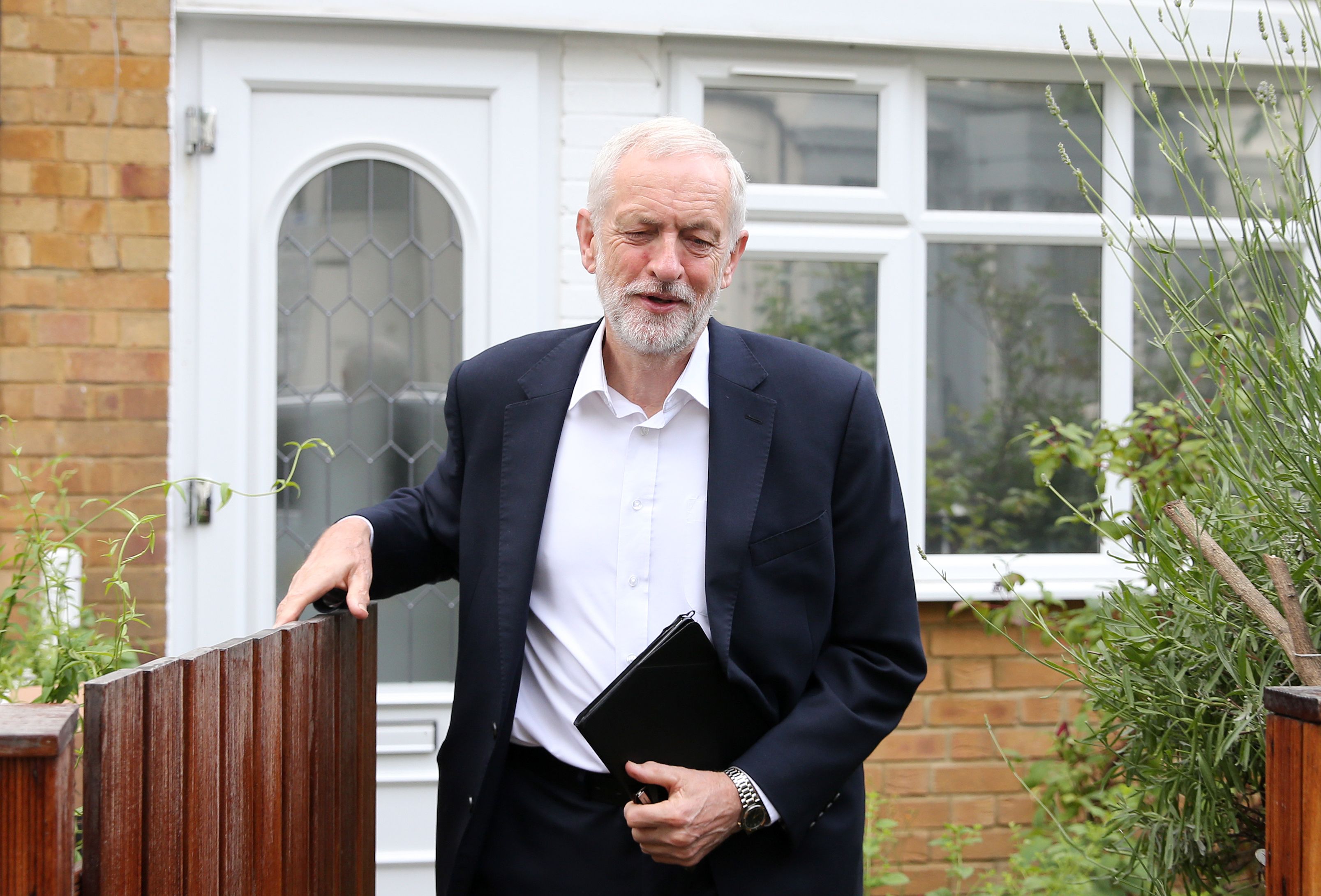