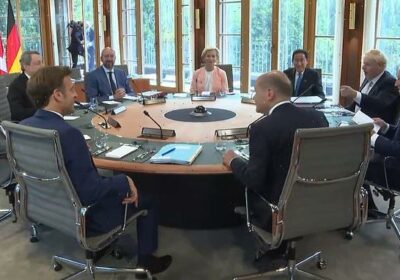 ‘We’ve got to show them our pecs!’ Boris Johnson joins G7 leaders in mocking Putin’s ‘bare-chested horseback riding’ as they joke about being ‘tougher’ than Russian leader

The PM, Canada’s Justin Trudeau and European commission president Ursula von der Leyen all mocked the Russian dictator as they sat down for discussions in Bavaria.

In a reference to Putin’s notorious macho photo ops, they suggested doing some ‘bare chested horseback riding’ to show they were ‘tougher’ than him.

The undiplomatic chat risks further inflaming tensions amid the standoff over Putin’s invasion of Ukraine. 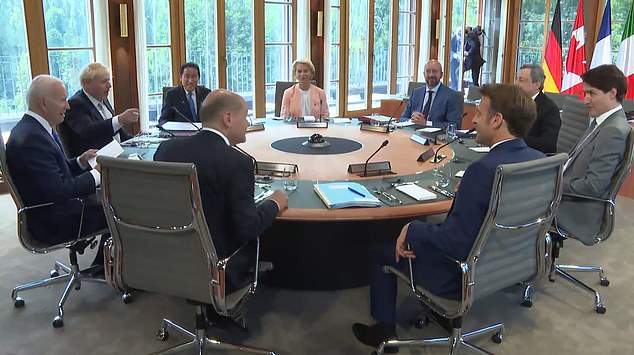 The PM, Canada’s Justin Trudeau and European commission president Ursula von der Leyen all mocked the Russian dictator as they sat down for discussions in Bavaria

It happened with cameras rolling as they gathered at around a table with US president Joe Biden, Mr Johnson said: ‘Do we take our coats off?’

When Mr Trudeau suggested they waited until after the official picture was taken, Mr Johnson quipped: ‘We have to show that we’re tougher than Putin.’

Mr Johnson can then be heard on footage saying: ‘We’ve got to show them our pecs.’

Earlier, Mr Johnson warned that ‘fatigue’ over the Ukraine war could fracture Western unity – as the UK, US, Canada and Japan kicked off the G7 summit by banning imports of Russian gold.

The PM said there was obvious ‘anxiety’ about the fallout from trying to defeat Vladimir Putin’s aggression. 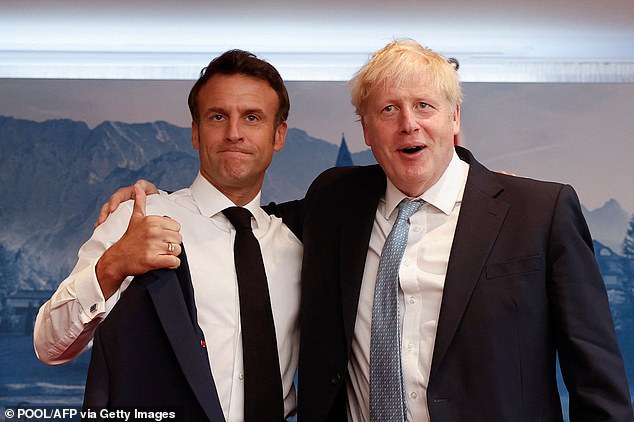 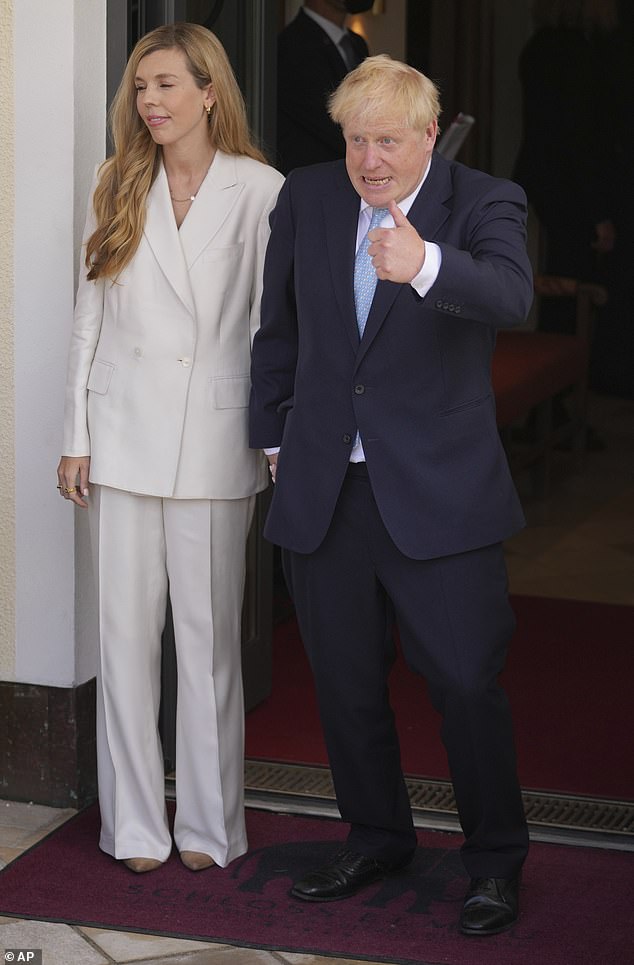 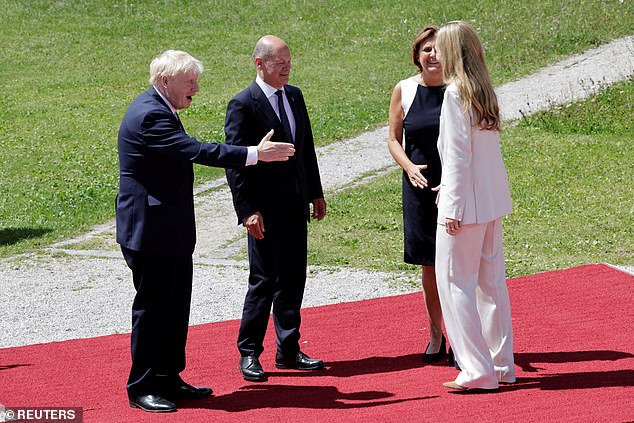 But speaking this morning, Mr Johnson said he hoped everyone recognised that ‘the price of backing down, the price of allowing Putin to succeed… will be far, far higher’.

Asked if he was worried about support fracturing, the premier said: ‘I think the pressure is there and the anxiety is there, we’ve got to be honest about that.

‘But the most incredible thing about the way the West has responded to the invasion of Ukraine by Putin has been the unity – Nato has been solid, the G7 has been solid and we continue to be solid.

‘But in order to protect that unity, in order to make it work, we’ve got to have really, really honest discussions about the implications of what’s going on, the pressures that individual friends and partners are feeling, that populations are feeling – whether it’s on the costs of their energy or food or whatever.’

Gold exports were worth £12.6billion to Russia in 2021, oligarchs are believed to have been using bullion to avoid the impact of sanctions.

Downing Street says that because London is a major gold-trading hub, the UK’s restrictions will have a huge impact on Mr Putin’s ability to finance his war effort.