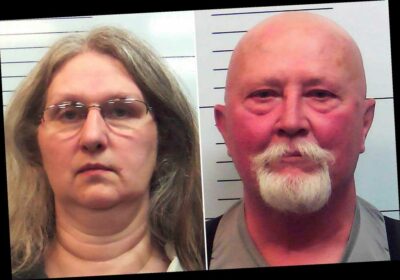 Mom wrote about horrific abuse days before being killed by husband

Rush Limbaugh laid to rest in Missouri, his widow said

A Missouri couple who ran a religious boarding school have been charged with sexually, physically and mentally abusing at least 16 girls and young women under their care, authorities said.

The former residents at the now-defunct Circle of Hope Girls Ranch and Boarding School in Humansville have accused Boyd Householder of restraining them with handcuffs, forcing them to hold a “push-up position” for extending periods and hitting with belts or other objects, Missouri Attorney General Eric Schmitt said Wednesday.

Householder also allegedly shoved a victim’s face in horse manure and instructed at least seven girls on the best way to kill themselves – by cutting their wrists upwards rather than across, Schmitt said.

Householder, 71, is facing 79 felony charges and one misdemeanor, including six counts of statutory rape and sodomy for repeated sexual contact with one girl under the age of 17. He’s also accused of making another girl drink at least 220 ounces of water before running a mile, causing her to vomit, only to make her run again, and pouring hot sauce down another victim’s throat, Schmitt said.

Stephanie Householder, 55, was charged with 22 felony counts, including abuse or neglect of a child and endangering the welfare of a child. She has not been accused of sexually abusing any girls, according to the charges, which Schmitt said were “not for the faint of heart,” the St. Louis Post-Dispatch reported.

“On one occasion, while restrained, the victim said [Boyd Householder] put a sock in her mouth and sprayed her face with a hose,” Schmitt told reporters. “The water went up her nose and her mouth, making it hard to breathe.”

Most of the victims were minors when the abuse occurred, Schmittt said.

The couple, who shut down their school after authorities removed two dozen students in August, pleaded not guilty during their arraignment Wednesday. They were charged Tuesday and are being held at the Vernon County Jail ahead of a bond hearing set for next week.

The couple’s daughter, meanwhile, said on TikTok Wednesday that she was in disbelief that her parents were charged, NBC News reported.

“This is a moment that does not deserve to be celebrated,” Amanda Householder said. “I’m sad because they’re my parents, but something my parents would always tell me is, ‘You made your bed, now you have to lie in it.’ Well, my parents made their bed and now they’re going to have to lie in it. As hard as that is for me, it’s about time.”