There is nothing worse than seeing your MLB team’s outfielder lose a routine fly ball in the lights.

Actually, wait. It can get worse. The bases could be loaded. And you could end up losing 28-5.

The Boston Red Sox saw what should have been a simple flyout turn into bedlam on Friday against the Toronto Blue Jays, when center fielder Jarren Duran responded to a fly ball from Raimel Tapia with the kind of confused stare fans dread to see. Things would only get worse from there, on both the play and the game.

Tapia’s ball was so clearly an out that Tapia paused to hang his head before jogging toward first base, but Duran appeared to completely lose it in the lights. As he tentatively shuffled forward, Duran could only look back and see the ball land at the warning track behind him.

Duran didn’t even bother running to the wall to get the ball, as left fielder Alex Verdugo was already running to corral the ball. Unfortunately, the misplay gave the speedy Tapia enough time for an inside-the-park grand slam.

Per MLB.com’s Sarah Langs, that’s the first inside-the-park grand slam since Michael A. Taylor’s on Sept. 8, 2017 for the Washington Nationals.

Going off Statcast numbers, Tapia’s fly ball only had an 18 percent chance of being a hit despite reaching the warning track. Instead, it turned into his fifth homer of the season, his first with the Blue Jays.

This isn’t the first fly ball to get lost in the lights at Fenway Park this month, as Christian Arroyo did something similar on an even easier fly ball against the New York Yankees. In that case, though, Arroyo was playing his first dozen or so games as an outfielder. Duran has less of an excuse, having regularly played in the outfield since he was drafted in 2018.

The Blue Jays scored how many runs?

At the time, the Red Sox were down 6-0 in the third inning with two outs and the bases loaded. Duran’s misplay, which incidentally doesn’t count as an error because balls lost in the lights or suns are typically counted as hits, pushed the deficit to 10-0.

By the middle of the fourth inning, Red Sox would be down 14-0, but at least broke the shutout with some runs in the bottom of the inning.

That might sound like a slaughter, but what if I told you the Blue Jays had only scored half their runs? And that the Red Sox defense still had some lowlights left in them?

At this point, all we can really do is list some fun facts.

It was the kind of night where comedy seamlessly blends with tragedy, no more so than when a man went through with his ballpark proposal and received a fitting musical backing, as noted by a veteran television actor.

I’m at the @[email protected] game.
Between innings, a guy proposed to his girlfriend, she said yes, and the stadium dj played, “We Fell in Love in a Hopeless Place.”

The game finally, mercifully came to and end with Red Sox infielder Yolmer Sanchez pitching. Just about the only bright side is the loss only counted as one loss for the 48-46 Red Sox. 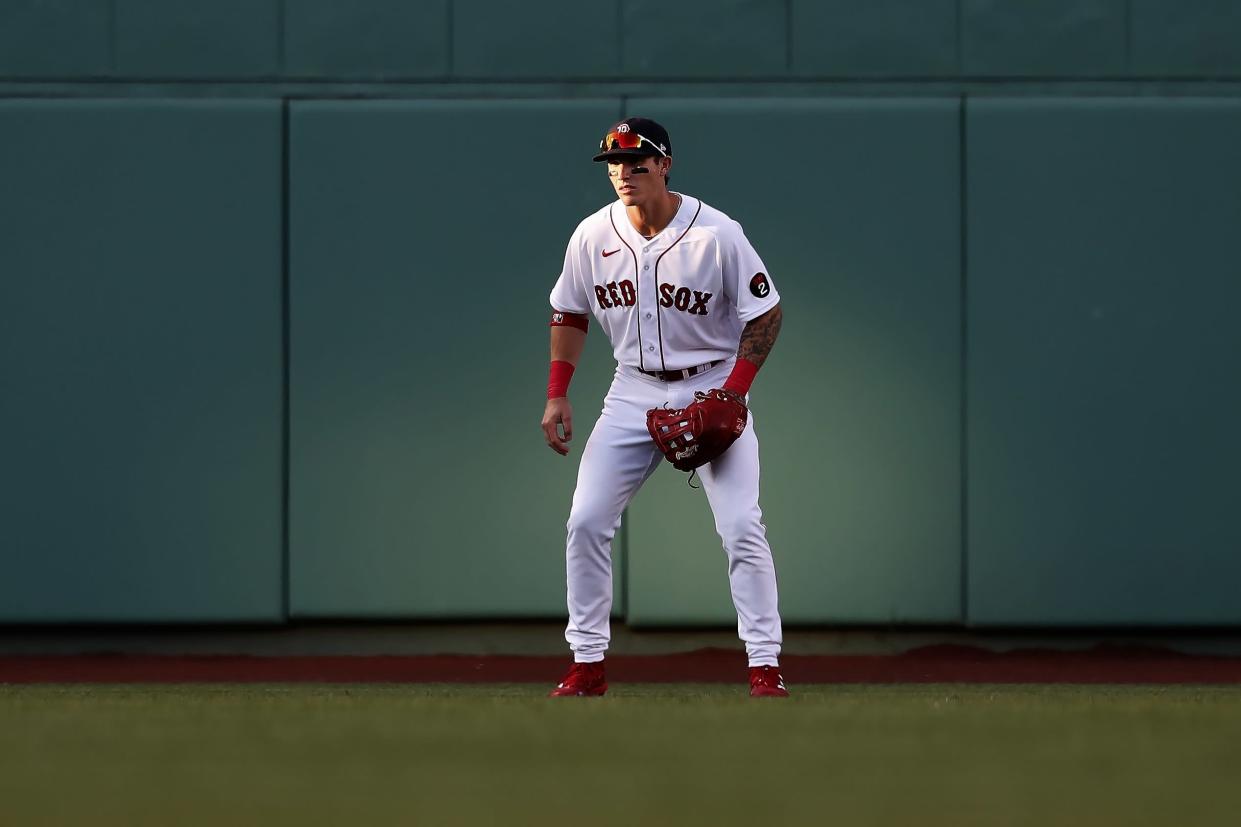