Murray, 44, was arrested on Thursday at his Lysterfield South home, in Melbourne’s south-eastern suburbs, and charged with murdering Mitat Rasimi, who was shot dead while in his car in Dandenong on March 3, 2019.

Rasimi, a 51-year-old former associate of Mokbel, was killed over an alleged debt he owed the Comancheros, previous court hearings were told.

Two men, aged 27 and 29, were charged with murder in the months after Rasimi’s death and have already been committed to stand trial. They are in custody awaiting a trial due to start in the Supreme Court next year.

Murray, the president of the Comancheros, faced Melbourne Magistrates’ Court on Thursday on a video link from Melbourne West police station. He only spoke to confirm he could hear and that he understood what was said.

Prosecutor Phillip Raimondo told the court that recordings from listening devices would need to be transcribed. Murray was remanded in custody to face court again on August 18. 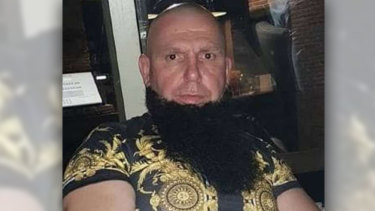 A 32-year-old man was arrested at his Hallam home on Thursday and interviewed by police, but was later released pending further inquiries.

Murray also faces separate unrelated charges over allegations he was part of a money-laundering syndicate and is due to face court again in October.

“Some individuals and criminal groups think they can operate above the law – time and time again they are proven wrong,” he said.

“They may be able to avoid law enforcement for a period, but it is only a matter of time before they face their day of judgment.

“We will continue to create a hostile environment for these serious and organised crime groups.”

Police said the investigation into Rasimi’s death was ongoing and that anyone with information could contact Crime Stoppers on 1800 333 000.